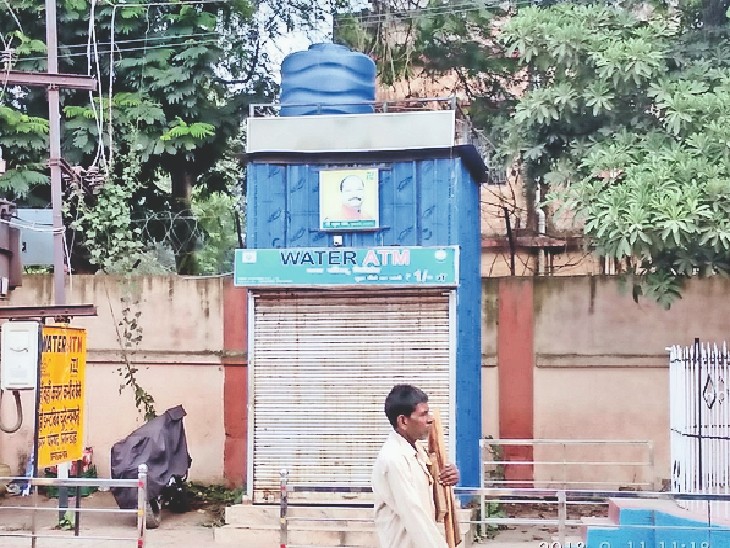 Seven water ATMs set up at a cost of Rs 45 lakh in 2017 to provide pure drinking water to the people of the city also failed to function. The then city council, now on the initiative of the municipal corporation and district administration, water ATMs were installed at 7 places of the city with great frills. The then Deputy Commissioner Umashankar and NP President Dinesh Prasad Yadav had inaugurated the water ATM. The contract for its operation was taken by an organization in Hazaribagh, but after a month all the water ATMs were closed one by one, which could not be started till now.

At the time of inauguration, the then Deputy Commissioner and NP President had announced that people in the city would get one bottle of pure RO water for one rupee, but this announcement remained a mere dream for the people of Giridih. The situation is that today not a single water ATM is operational. Even after the formation of a municipal corporation from the municipal council, the issue of starting water ATMs also arose in the corporation board many times, despite the public representatives and bureaucrats of the corporation did not take any initiative on this.

Deputy Mayor said – After Durga Puja, it will be started in any situation
Deputy Mayor Prakash Seth said that the water ATM was very useful for the local people. An ultimatum has also been given to the institution of Hazaribagh, which has taken the responsibility of operating the ATM, but no initiative is being taken. In such a situation, now the Municipal Corporation will now take over all the water ATMs and after Durga Puja, initiative will be taken on it.

CPI ML said- Corporation closed the machine in commission
ML leader Rajesh Sinha said that corruption prevails in the municipal corporation. It has been closed due to commission. The corporation worker was trying to exploit the operator and nothing was being done to help him, so he ran away. Said that the Municipal Corporation should start the water ATM at the earliest, otherwise Male will be forced to agitate on this issue.

Water ATMs are installed at these places, closed due to these reasons
Water ATMs were installed at 7 places in the city including Ambedkar Chowk, Pachamba Razzak Chowk, Court and DC office gate, Maktpur, Bada Chowk, in front of the city police station. People got proper water for a month, but since then it remained closed for some reason or the other. There was no regular water supply from this. Sometimes the power supply was interrupted and sometimes the workers working there did not get the honorarium.

The second reason for the closure was also that people had to put a coin of 1 rupee in the machine for water here. Water used to come out as soon as one rupee coin was put in the machine. In such a situation, a coin of about 10 lakh rupees was deposited with the operator in just one and a half months and the bank refused to take those coins. Due to which the company got into trouble and closed it and fled.