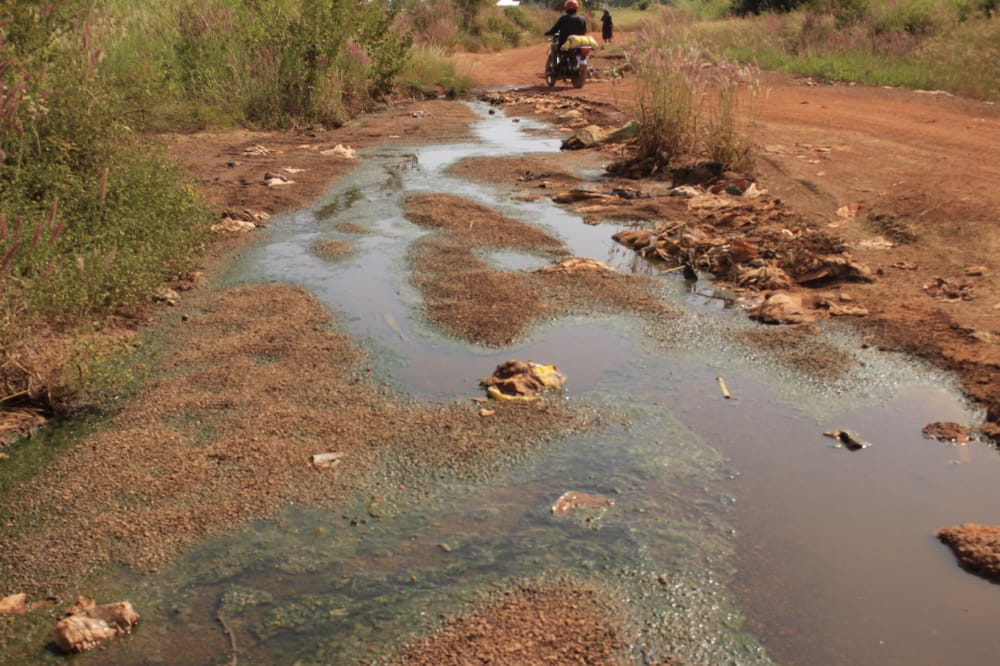 Residents of four communities around the landfill site in the Sagnarigu Municipality of the Northern Region say sewage from the site is contaminating their source of drinking water.

They allege that water from the site moves into a stream and finds its way into their wells and dams.

The communities of Gbalahi, Santugu Kontaliga and Kula are situated down the hill from the landfill site which makes it possible for elements from the site to easily get into these communities.

The people say the situation is heightened during the rainy season.

According to them, diarrhoea, cholera and typhoid are the most common illnesses in the area.

A farmer within the enclave, Yamba Salifu, said during the rainy season faecal matter overflows and runs into their water bodies.

He said farmers who have their farms around the area are forced to carry water from home anytime they go to the farm.

“You see that I am carrying my pure water. We the farmers know the toilet runs into the water so we can’t drink it,” Mr Yamba stressed.

He said it is an age-long problem that has been left unsolved.

A resident of Kontalga, one of the communities affected, said cholera is a common illness in the area.

He appealed to the government to intervene.

“We do not have potable water here. The only water is from the dam which is polluted; making us sick all the time. We also do not have a clinic, so you see the difficulty?” he added.

The Chief Linguist of Santugu said it is a huge problem facing the community but they have no option. According to him, most residents have been in and out of the hospital, especially this year.

Afa Abukari said the people most affected are women and children.

On her part, a midwife at the Kula CHIPS compound, Isaiah Swad, confirmed that diarrhoea, typhoid and cholera are top cases they record in children under five.

“The most common sickness is diarrhoea and vomiting and it is always among children,” she said.

Madam Swad added that typhoid is also common among the adult population.

She attributed these sicknesses to the contamination of the water the people drink.

Meanwhile, an Engineer at the Tamale Metro Assembly, the department that manages the landfill site, Demedeme Emmanuel, said the site was established after due process.

He said per their assessment and by the design, there shouldn’t be residues running into waterbodies; adding that pipes were laid to convey the water into the wastewater treatment facility.

Mr Demedeme explained that what is happening could be excess water or rainfall that has saturated around the premises of the landfill site running into the stream and not from the landfill site.

DISCLAIMER: The Views, Comments, Opinions, Contributions and Statements made by Readers and Contributors on this platform do not necessarily represent the views or policy of Multimedia Group Limited.