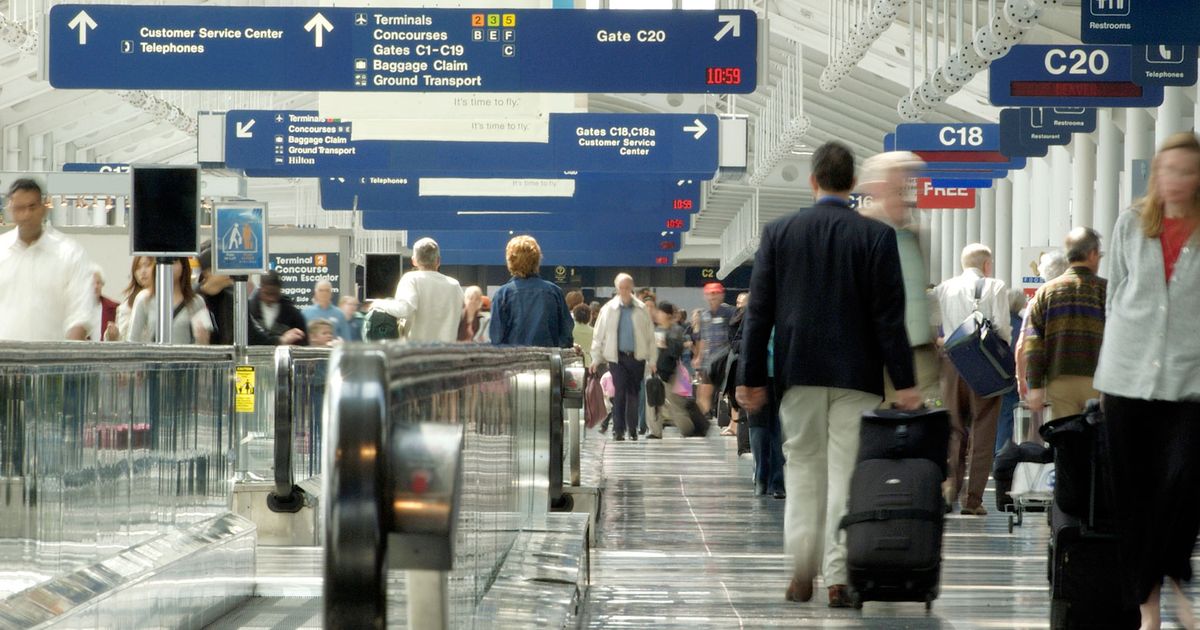 A few weeks ago, my wife and I flew from Los Angeles to Wyoming to see old friends. It was the first time I had set foot in a commercial airliner since the pandemic began. We had made reservations a month before, during a period when cases had been low in most parts of the country, but by the time we were scheduled to fly, a new omicron subvariant BA. 2.12.1 (which looks like an IOS software update) appeared and cases were beginning to surge even in places with high vaccination numbers.

Although my wife has normal immunity, lacks any comorbidities and had her booster, I do have immunity issues due to a medical condition I’ve had for 20 years. As a result, I’ve been taking daily doses of strong immune suppressant meds to stay alive. That, and my age, make me a prime candidate for contracting, as my kids call it, “The Vid.”

Due to my immunity issues, I have had four full shots of Moderna (I should be the poster boy for vaccination safety) which decreased my trepidation about flying but I also knew that most breakthrough cases involved the immunosuppressed. I had also read that this new mutation was more transmissible than its predecessors, albeit milder but that’s a crapshoot among those with immunity issues. Normal people generally don’t get as sick as we do.

Those of my friends who had flown numerous times assured me that it was safe, that the planes were outfitted with more effective ventilation which would suck viral droplets up though filters, that the planes were thoroughly scrubbed down with disinfectant between flights and that passengers and flight attendants all wore masks and airports were not crowded.

Even though the mask mandates had been lifted the day before the flight, I assumed that most people would be smart enough to continue wearing them during the flights.

Nope. LAX was mobbed and at least 75% of the people were maskless. (I wore an N95 over a blue surgical mask.) At security, the lines were long and the 6-foot distance that the airport recommended was mostly ignored. Among those who wore masks, more than a few sported them under their noses. The metal detector flashed red after I went through it so I was patted down. Now I was 3 inches from a TSA agent.

Once we were inside the plane, I realized that I had made a — pardon my choice of words — grave error. None of the flight attendants wore masks. I felt no air circulation that seemed different from ordinary aircraft ventilation and I noticed that just about every passenger boarding the plane touched the seats. So much for the disinfectant. Entering one of the lavatories would be more sickening than it had been before the pandemic.

Why hadn’t I thought of any of this before, particularly because I’d been so neurotically careful for the previous two years.

Noticing my distress, my wife reminded me that I was wearing two masks which was somewhat reassuring until I realized I would have to take them off to eat or drink.

During the flight, my wife was so gripped by the book she was reading on her Kindle that she did not seem to notice what was going on around her. I sat rigid in my seat and was aware of everything happening around me. Simply put, I call it the C & S flight — Coughing and Sneezing. Everywhere. Every 4.3 minutes. Yes, I timed it.

The three home tests I took after arriving in Wyoming and again when I got home were negative but I don’t think I’ll be boarding a plane again anytime soon.

is a former magazine editor whose work has appeared in a number of publications, including The Wall Street Journal, The Chicago Sun-Times, Playboy, Salon and Huffington Post.