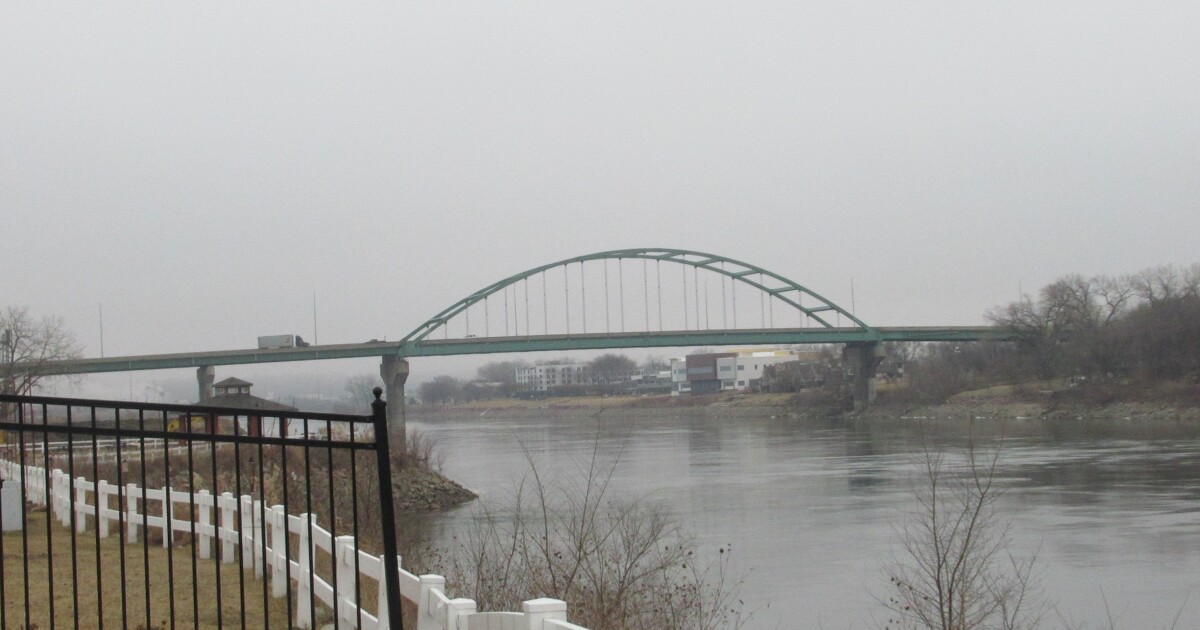 Dangerous chemicals, known as PFAS, have been detected in one of Sioux City’s drinking water sources, with contamination levels that now warrant a health advisory.

In January, the Iowa Department of Natural Resources detected the presence of per-and polyfluoroalkyl substances (PFAS) at the Southbridge Water Treatment plant. At the time, those levels did not meet the Environmental Protection Agency’s threshold for a health advisory.

Sioux City’s levels are at 4.4 parts per trillion for PFOS and 5.7 for PFOA. The contamination likely came from a nearby Iowa Air National Guard Base, where levels in groundwater were detected as high as 8,610 parts per trillion nearly three years ago. The chemicals, existent in firefighting foams, are believed to have migrated off-site and into the drinking water.

Sioux City Utilities Director Brad Puetz said that residents do not need to be concerned at this time, as the concentration levels remain the same. He said the department is awaiting finalized standards from the EPA before it institutes any changes.

“It’s very difficult for us to say at what level the water would become toxic for the citizens to drink,” Puetz said. “I don’t believe we’re there. We’ll know more once the final rule is published.”

“We take water and sewer problems around here seriously.”

The EPA is expected to give a final ruling of PFAS level standards next summer. Recent studies have shown that the chemicals can have a wide variety of adverse health impacts. Significant exposure can lead to decreased fertility, increased risk of some cancers and developmental effects for children, according to the EPA.

If the city is still under an advisory, officials said they will consider relocating the well to a different water source, at an estimated cost of $4.5 million. At a city council meeting on Monday, Puetz estimated that this would be a cheaper option than investing in technology to try to remove the chemicals from the source.

Mayor Bob Scott said the council would consider the issue more after the EPA guidance is given.

“We take water and sewer problems around here seriously, whether people want to believe it or not,” Scott said. “So, we want to do what we need to do. But, we don’t want to go out and spend $15 million on rules that may not be finalized either.”

The Southbridge plant is one of two sources of drinking water for the city, providing less than a fourth of the city’s drinking water.

Health advisories are voluntary and there are no legally enforced limits for PFAS in Iowa or federally.

The dots show where the Iowa DNR has done testing on PFAS levels throughout the state. The green dots indicate no detection, the orange indicate levels below the health advisory, and the red indicates communities where levels exceed the health advisory.

Sioux City is just one of many communities across Iowa that is grappling with how to address the so-called “forever chemicals.” All water sources with detected PFAS in Iowa exceed the EPA’s new health advisory standards, including Ames, Davenport and Muscatine.

Central City has the highest levels in the state with contamination levels of 61 parts per trillion for PFAS chemicals.

In 2019, federal, state and local officials launched a working group to address PFAS contaminants in drinking water in Iowa. Since then, the Iowa DNR has launched more widespread testing of cities’ water sources for the chemicals.

Local Sioux City representatives are not a part of the collaboration. But, Puetz said he has been in conversation with other communities who face similar contaminant levels.

“As we learn more, we may team up with other communities to determine what the best move forward is,” he said.