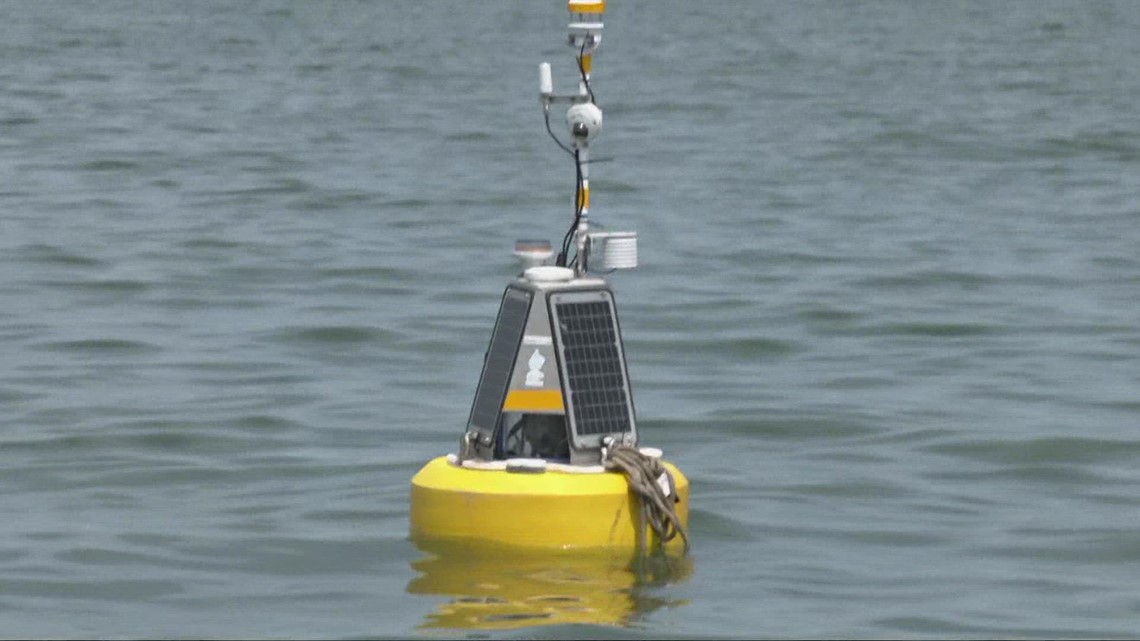 The buoys guard against algal blooms and monitor our drinking water before it gets processed.

CLEVELAND — On Wednesday, the Cleveland Water Alliance launched smart buoys into Lake Erie for the season.

The buoys guard against algal blooms and other problems, as well as monitor our drinking water before it gets processed.

Basically, they are floating laboratories collecting water temperature, wave height and what’s detecting what in the water. The four buoys protect the Lake Erie drinking water of 1.4 million Ohioans served by Cleveland Water. The buoys were originally designed to warn about harmful algal blooms, or HABs.

“We have never had a harmful algal bloom toxin detection in our raw water. Ever. At any of our 4 plants,” says Scott Moegling, water quality manager at Cleveland Water.

But algal blooms are not the only threat. Last year, the Cleveland Water Alliance was able to pilot a hypoxia warning system using the buoys.

“That is when the water becomes oxygen starved. It a big headache for our water utilities,” explains Brian Stubbs, president and executive director of Cleveland Water Alliance

Lake Erie is now a smart lake, because all the buoys are connected to the internet, making the information is available to everyone.

“So, Cleveland Water can use it to look below the lake and the boaters can understand what is happening above the lake,” adds Ed Verhamme, principal and senior engineer at LimnoTech

The network of buoys is growing. Soon every county along the Lake Erie coastline will have this information. Verhamme says they plan to put 10 new buoys across the lake later this summer.

These advancements make our lake one of the most studied bodies of fresh water on the planet. Something unthinkable years ago.

You can see where the buoys have been deployed in Lake Erie and the data they provide by clicking here.