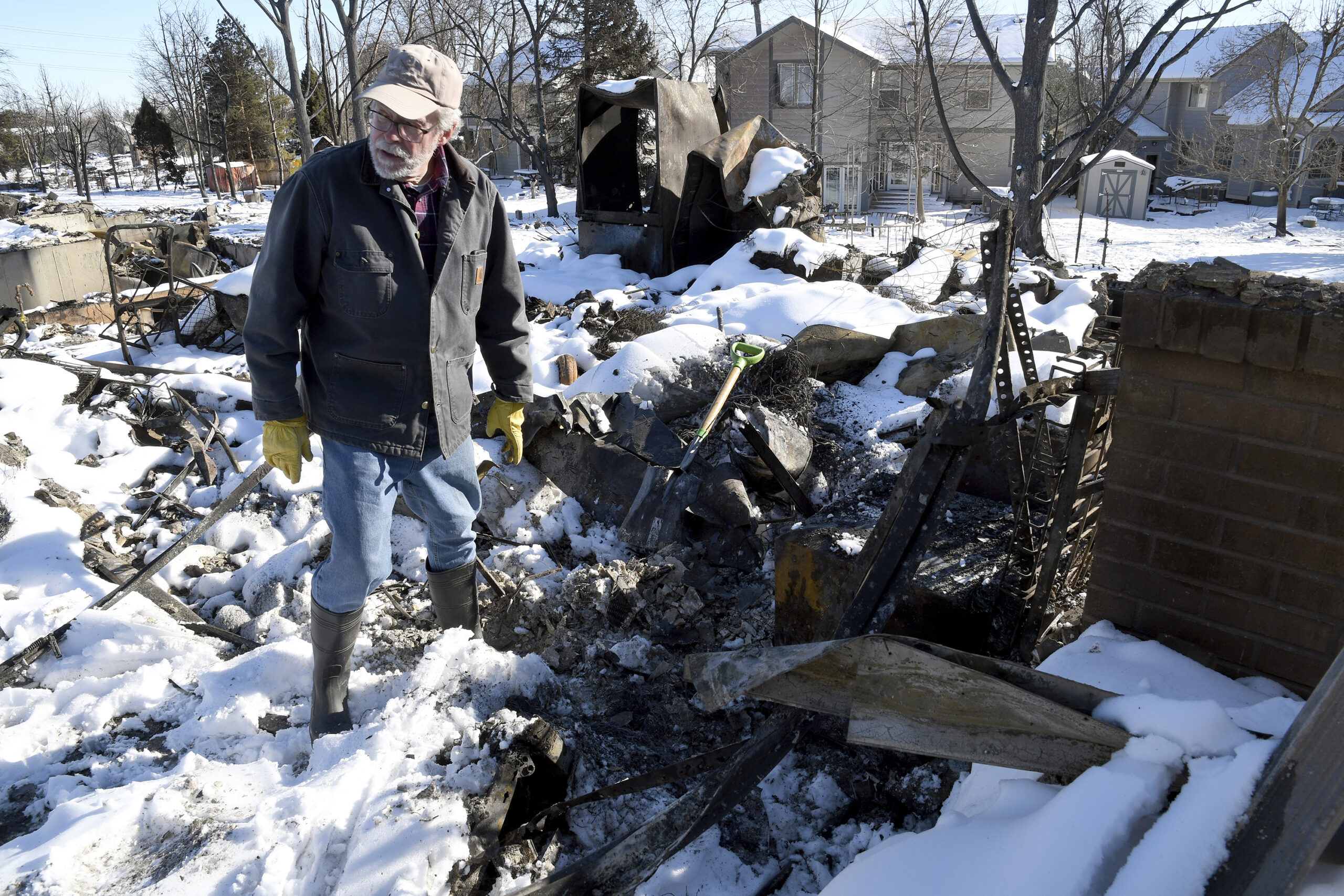 The lingering impact of smoke and soot is complicating insurers’ efforts to resolve homeowners claims from the Marshall Fire, which destroyed 1,084 homes in Boulder County, Colorado last December.

An in-depth report posted online this week by the nonprofit Boulder Reporting Lab told the story of “standing home survivors,” homeowners who did not suffer fire damage but have not returned to their homes because of concern about toxic particulates left behind from wildfire smoke. A county official told the Reporting Lab that 13,000 to 14,000 houses within the burn area were not destroyed, giving an indication of the potential extent of smoke damage.

The Marshall Fire ripped through 6,000 acres in the communities of Superior, Louisville and Marshall outside of Boulder on Dec. 30, 2021. Catastrophe modeler Karen Clark & Co. estimated insured loss amounted to $1 billion.

Amy Bach, executive director of United Policyholders, said that about 600 standing home survivors are sharing information on Facebook or attending weekly support group meetings held at the Louisville Recreation Center, according to the report.

Bach told the Reporting Lab that a lack of standards for indoor air quality is exacerbating disputes and delays for homeowners who filed insurance claims. Homeowners are left feeling like the process is arbitrary and up to individual adjusters, the report says.

Researchers with Colorado University Boulder measured the air quality in standing homes within the fire area within two to three weeks of the fire. Joost de Gouw, a chemist with the university, said samples showed that volatile organic compounds, including toxic chemicals such as benzene and formaldehyde, lingered in the houses up to four weeks after the fire.

But researchers are also concerned about particulates that settled on surfaces. They told the Reporting Lab that those particles can release gaseous compounds over time. CU Professor Colleen Reid said researchers don’t know how concentrated those emissions are, or how long they will last.

As a result, many standing home survivors are choosing to stay out of their homes, the report says.

Sawistsky told the Claims Journal Thursday that she found most local remediation companies did a good job, but many of the out-of-town vendors that swarmed in after the disaster did not. She said a large portion of the homes that her company tested after cleanup “were inadequately cleaned.”

Frequently, soot was left clinging in corners, Sawistsky said. Also, some homeowners are sensitive to the chemicals that restoration companies useto remove odors.

Sawitsky said she often has to butt heads with industrial hygienists appointed by insurance carriers.

“The pushback from some of the insurance companies is unwarranted, is my feeling about it,” she said. “If you have something that is not right and your client is getting sick and the property isn’t back to its pre-loss condition, there shouldn’t be any pushback.”

Chip Merlin, owner of a law firm that represented policyholders headquartered in Tampa, Florida, chimed in to voice his support for the “standing home survivors” in a blog post on Thursday. He noted that he had previously written a blog post about insurers giving the runaround to homeowners with smoke damage claims after the Marshall Fire.

“It does not take a genius to figure out that some insurers want to remediate less and pay less, while the policyholder customers want assurance that their homes are safe to return, which will cost more,” Merlin wrote.

Top photo: Rex Hickman sifts through the rubble of his burned home in Louisville, Colo., on Sunday, Jan. 2, 2022. Hickman, who had lived in the home with his wife for 23 years, found his safe, but little could be salvaged other than a few gold and silver coins. (AP Photo/Thomas Peipert, File)

Want to stay up to date?

Get the latest insurance news
sent straight to your inbox.