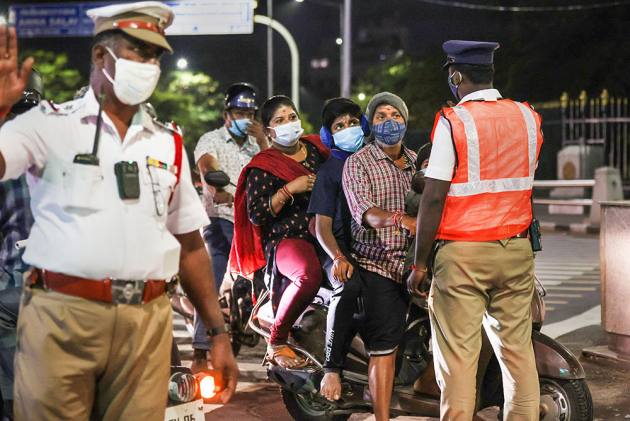 The opposition AIADMK on Thursday sought to know how the State government plans to treat the COVID-19 infected, lacking facilities for home isolation and the poor who could not afford pulse oximeters to constantly monitor their oxygen levels. Also, it demanded that the DMK government take steps to establish genome sequencing laboratories in the districts to detect Omicron variants besides ensuring that the COVID-19 test results are provided soon to the people.

Asking the government to spell out its strategy to treat those lacking adequate space for home isolation, leader of the opposition in the Assembly K Palaniswami said, “The people of Tamil Nadu are not clear on what kind of treatment would be given to those with comorbidities contracting the infection.” In a statement, the former Chief Minister said the then AIADMK government launched concrete and concerted measures since the outbreak of the pandemic in Tamil Nadu on March 7, 2020, and contained the contagion.

“Coronavirus infection remained under control until the announcement of the Assembly elections, as the then AIADMK government took a number of measures to contain the pandemic. People even felt the relief,” Palaniswami said. However, ever since the DMK government took the reins, the pandemic spread rapidly, he alleged. “Tamil Nadu has been hit hard by the Coronavirus third wave now. The number of persons getting infected on December 31, 2021 was 1,155. It rose to 17,934 as of yesterday. Even the death toll is increasing,” he said. Against this backdrop, the Health and Family Welfare Minister Ma Subramanian on January 11 asked those with mild symptoms and those with oxygen concentration above 92 to isolate themselves at home for 6 to 7 days. He also assured action against private hospitals if they treated infected people in defiance of the government’s announcement, Palaniswami claimed.

“The then AIADMK government brought the infected people to hospitals by ambulance and discharged them only after ensuring they fully recovered. However, the Health Minister says it is sufficient if the infected gets isolated at home,” he said. Further, during the AIADMK rule, the government then increased the lab facilities across the State and by April 2021, 265 testing centres became operational in Tamil Nadu, the AIADMK co-coordinator said and urged the DMK government to establish genome sequencing labs in the districts to identify Omicron variants.

Party’s coordinator O Panneerselvam asked the government to take steps to control the third wave by taking up the spraying of disinfectant in affected areas besides ensuring the RT-PCR test results are made available at the earliest. “Of the 39,637 streets in Chennai, over 5,000 streets are affected by Coronavirus and the cases are on the rise,” he said and asked the government to take up the work to disinfect government buses and also public places, as was done by the AIADMK government, to considerably reduce the risk of infection. “I urge Chief Minister M K Stalin to pay special attention to these aspects and also provide RT-PCR test results promptly to mitigate the impact of Coronavirus,” Panneerselvam said.