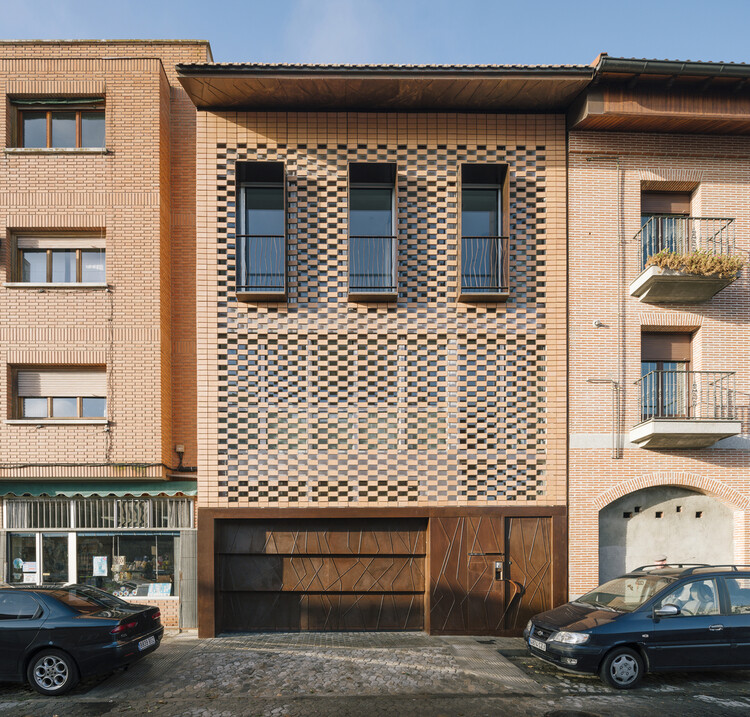 The following Spanish buildings illustrate to us how it is possible to tackle sustainability from several perspectives. In one way or another, their architects and designers have succeeded in transforming what was an imperial necessity into the project’s main strength.

The authors of this house in Torrejón de Ardoz explained that they had to face two challenges when designing it: “To adapt sustainable and technological architecture to the normative restraints and the idiosyncrasies characteristic of heterogeneous urban centers”. That’s why they decided to divide the building into three parts and called them the following: “the technological unit”, “the sustainable unit” and “the townhouse.”

The special feature of this project is the “sustainable unit”, which has geothermal control through thermoactive panels that helps to reduce its monthly energy costs by half. This system consists of a network of external and internal humidity, temperature and light sensors. When these communicate with the central system, they create different scenarios to control the indoor climate. 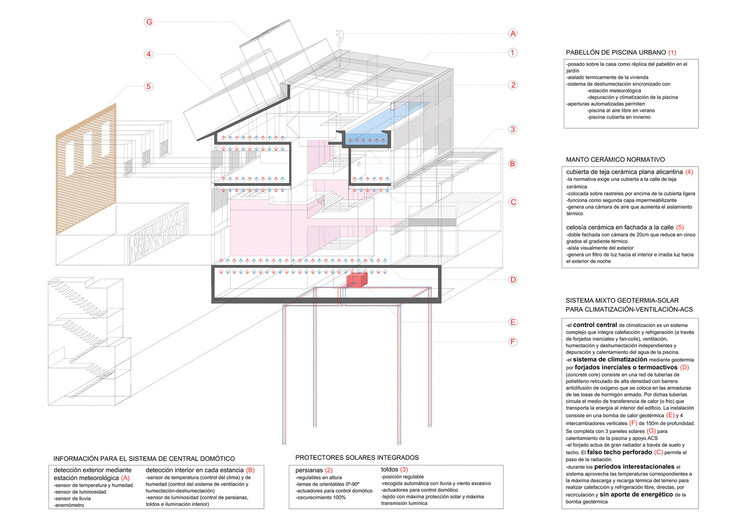 This Campus in Madrid has the highest distinction when it comes to meeting the latest sustainability standards: the LEED NC certification (New Construction and Major Renovations). This means that the architects have considered several sustainable choices in each category (Sustainable Sites, Water Efficiency, Energy & Atmosphere, Materials & Resources, Indoor Environmental Quality and Innovative Design) for each of the four blocks of the building complex.

In addition to using photovoltaic solar panels and gas heat pumps for climate control, another important decision made by the architects was to design the gardens with plant species suitable for Madrid’s climate in order to save water and energy for irrigation systems. 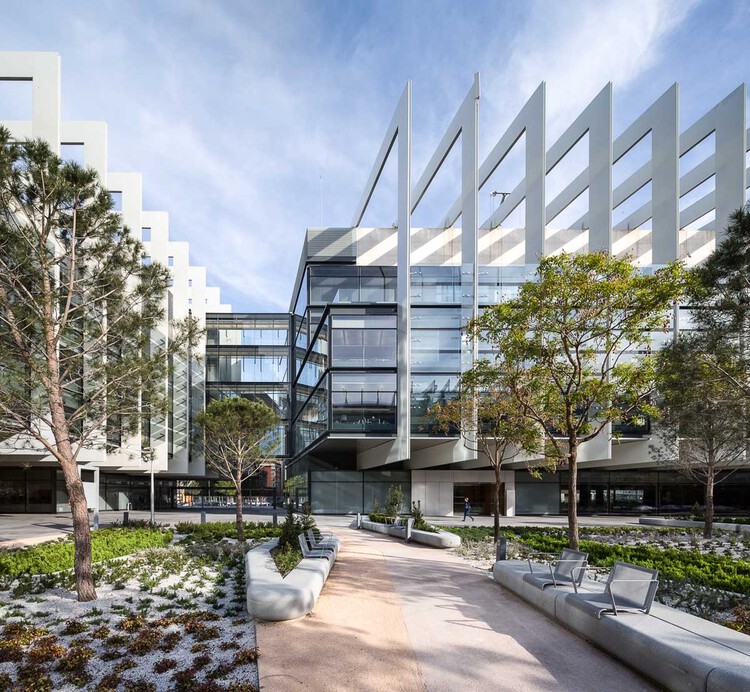 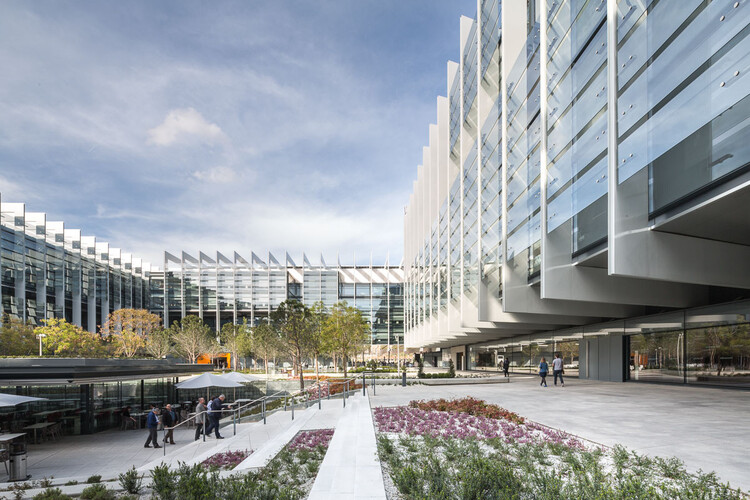 This house in Asturias was assembled in just five hours, after four months of production in a factory in Madrid. Its conception as an industrialised building was determined by its owners, an English family. Their assertiveness led to a contribution to sustainability, as it enables future growth by only recycling existing parts or adding a new module rather than demolishing and rebuilding from scratch.

In addition, manufacturing in the factory optimised energy, material and human resources (compared to on-site construction) and minimised loud noises, waste and debris, and disturbances in its surroundings. 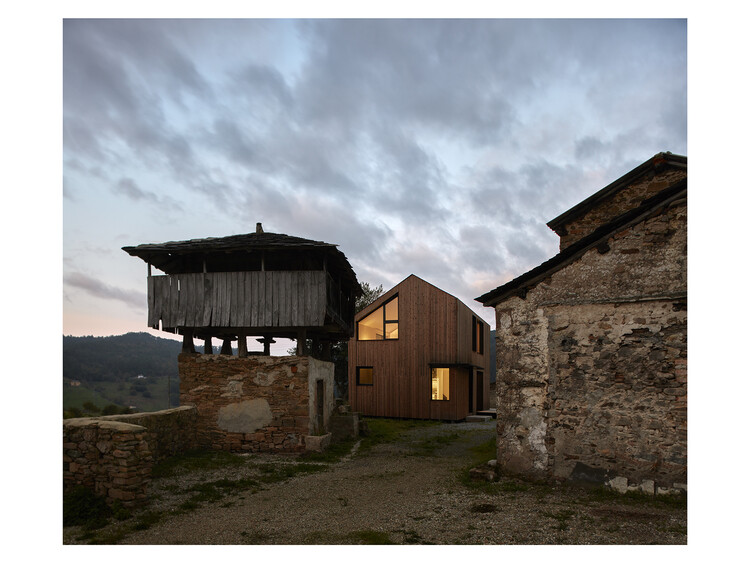 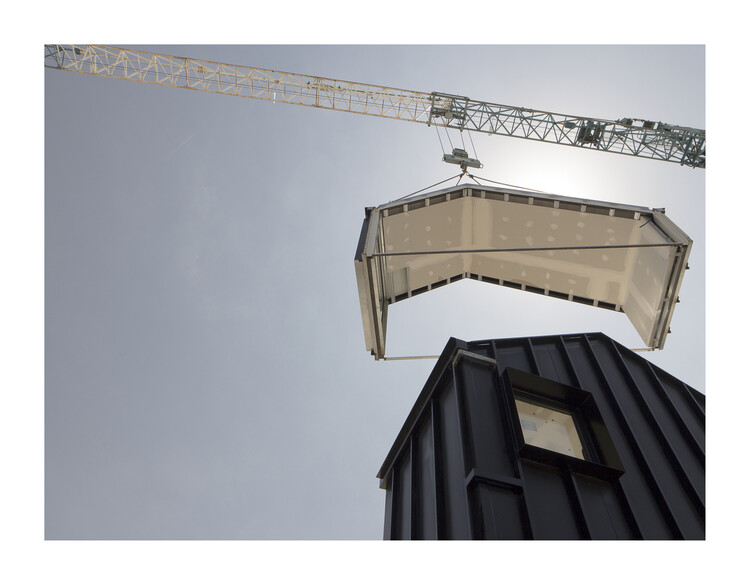 The greatest challenge in this housing project in Sallent de Gállego was its social context. The town is located in the Tena Valley, an area recognised as the Ordesa-Viñamala Biosphere Reserve and part of the Pyrenean ecosystem, where only a thousand inhabitants live.

This is why, in comparison to the former projects, this one took a different approach to sustainability. As their architects explained, they considered “the deep integration of the local people’s relationship with nature, the preservation of their activities and productive structure, and the preservation of traditional knowledge and the use of local natural resources.” 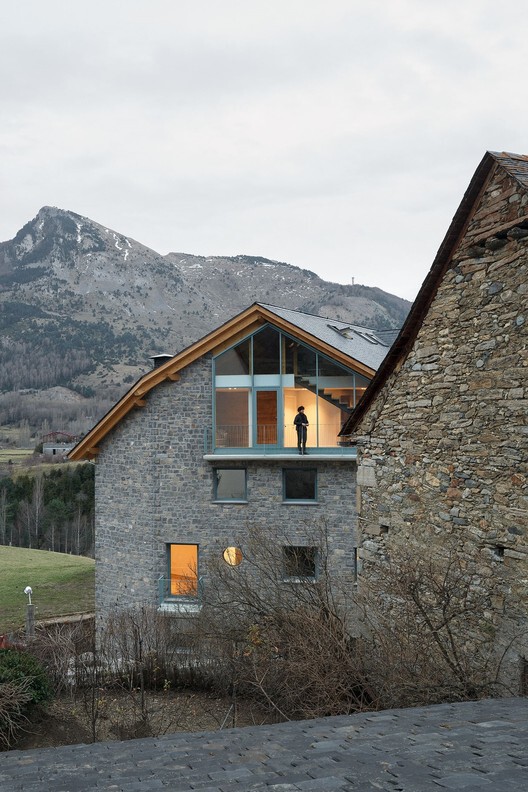 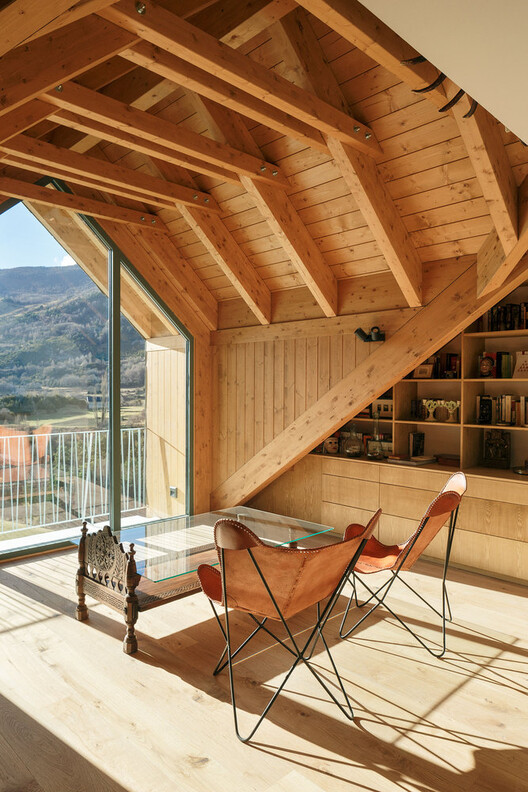 The greater the enthusiasm for prefabricated modular building systems, the more possibilities and adaptations arise. An example of this is this house on a hillside in Valencia, which at first glance may appear to be built in a traditional manner because of the different spatial situations it offers.

Due to the four-month execution in a factory, the time saved reduced energy consumption and avoided waste generation in the environment. 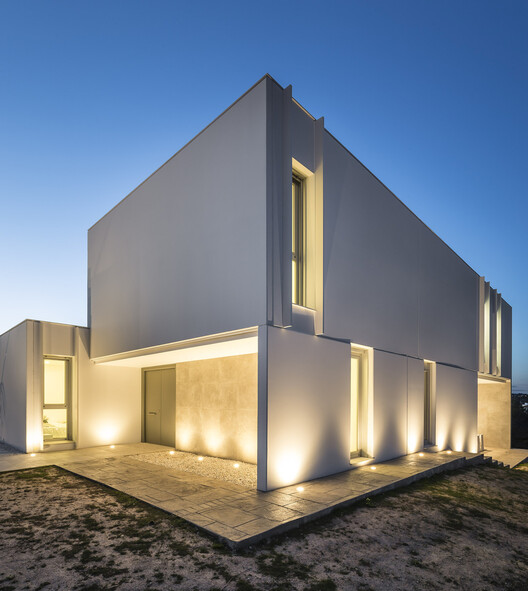 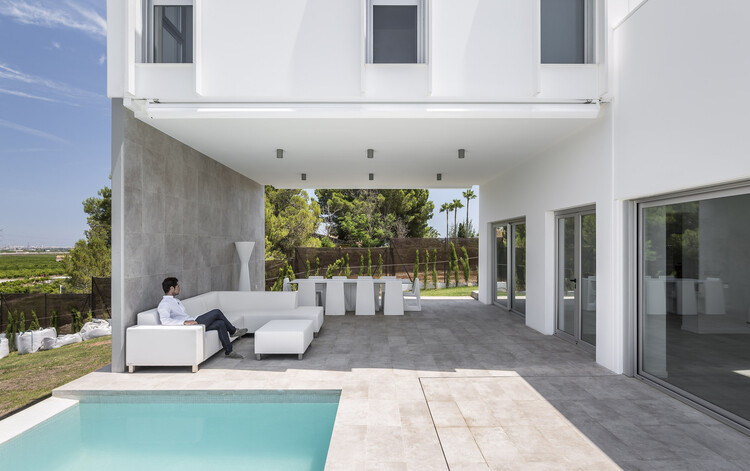 The extension of this country hotel in Mallorca blends so well with its surroundings that it looks as if it has always been there. Fortunately, this is not just a matter of aesthetics: the use of traditional building details and a palette of natural and local materials was encouraged from the start of the project. Hydraulic tiles, handcrafted cement floors and sinks, local mares stone and reused roof tiles are the core of this home.

In addition, the orientation of the house allows natural lighting, cross-ventilation and, therefore, its thermoregulation. There is also a pergola that helps to soften the sun’s influence and thus save energy, while a water tank stores rainwater to be reused later for watering the garden, the pool and the toilet. 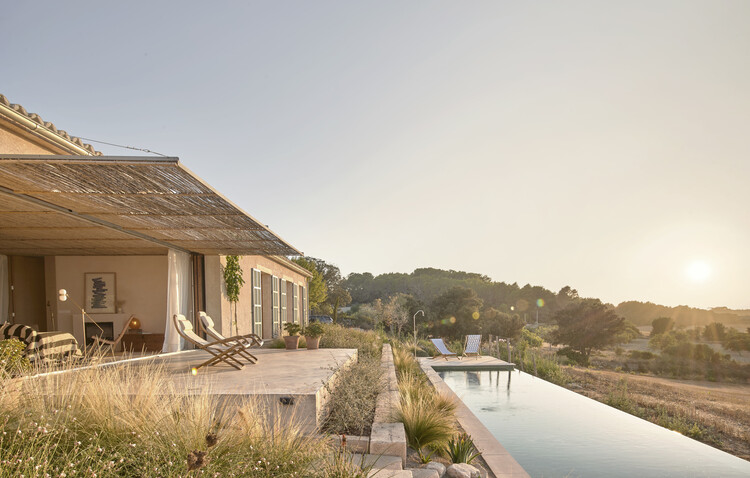 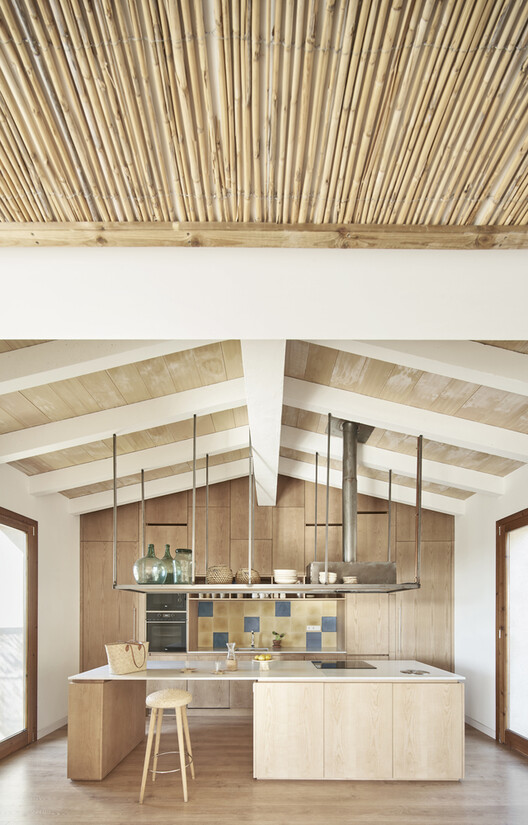 Although the hotel was given some restrictions by the Monument Protection Department of Barcelona, it managed to meet both sustainability and conservation requirements. Hotel Gala has retained its iconic façade and its white marble staircase and yet was rated as ‘A’ in the building energy rating.

Various efficiency strategies have been implemented, such as the use of recycled materials and low VOC (volatile organic compound) emission coatings to improve indoor air quality, as well as the use of LED lighting and a management system to reduce electricity consumption. 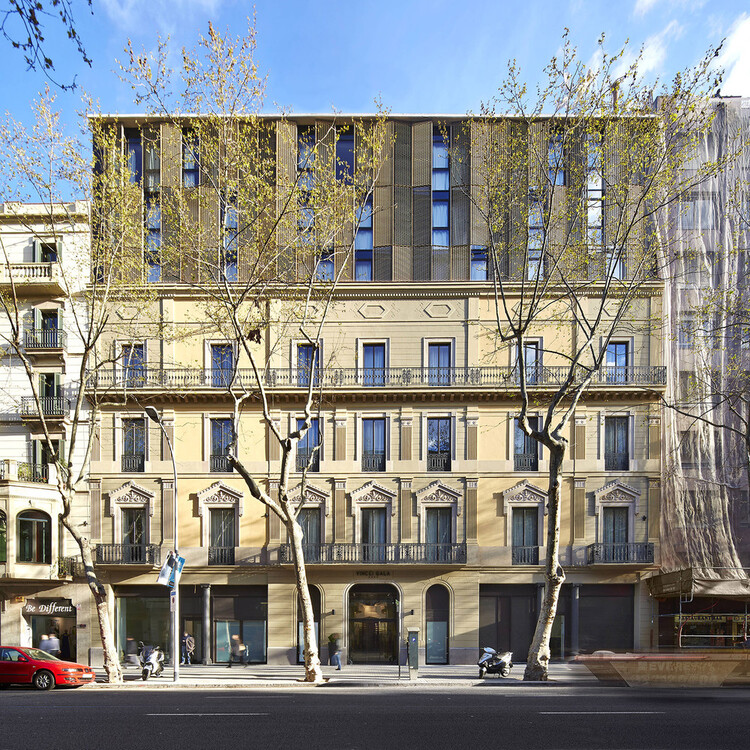 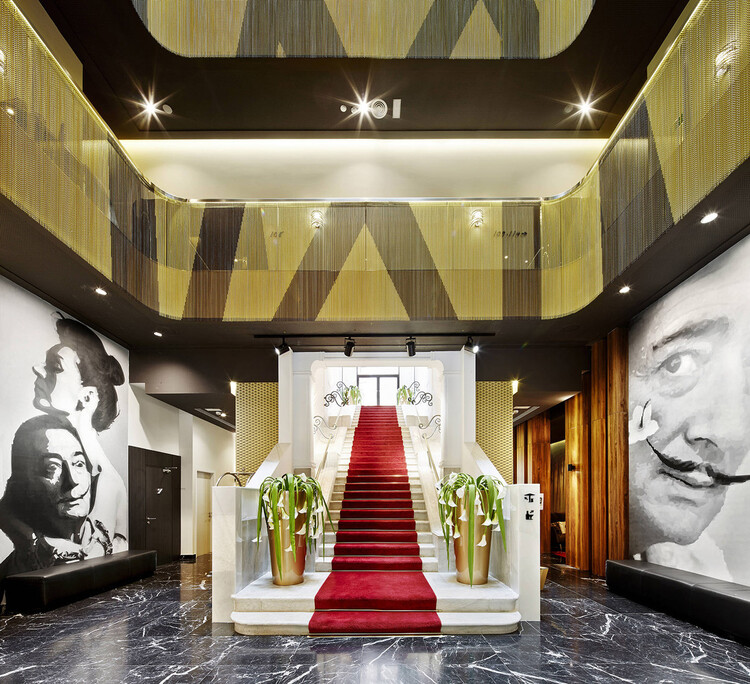 The architects responsible for the renovation of this Mediterranean house are happy to say that his project meets several of the UN’s 2030 Goals. The core of the existing house and part of its shell have been conserved to encourage recycling and the reduction of overall environmental impact.

What makes this project special is the use of native plants from Levantine beaches on the pergola of the terrace and on the roof. This provides thermal insulation through heat reduction and moisture retention, as well as benefits for the residents by increasing biodiversity and biohabitability. 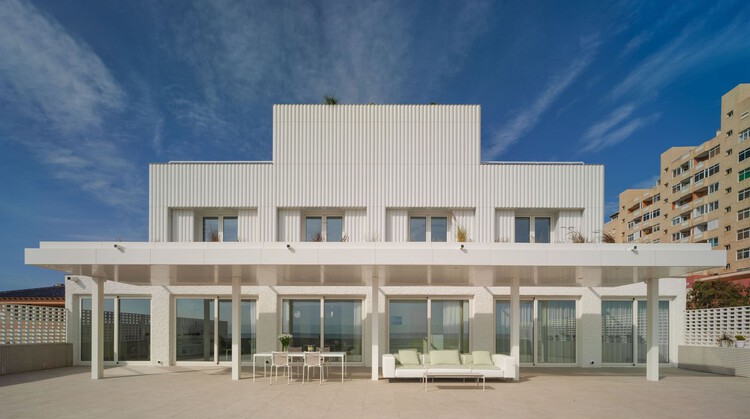 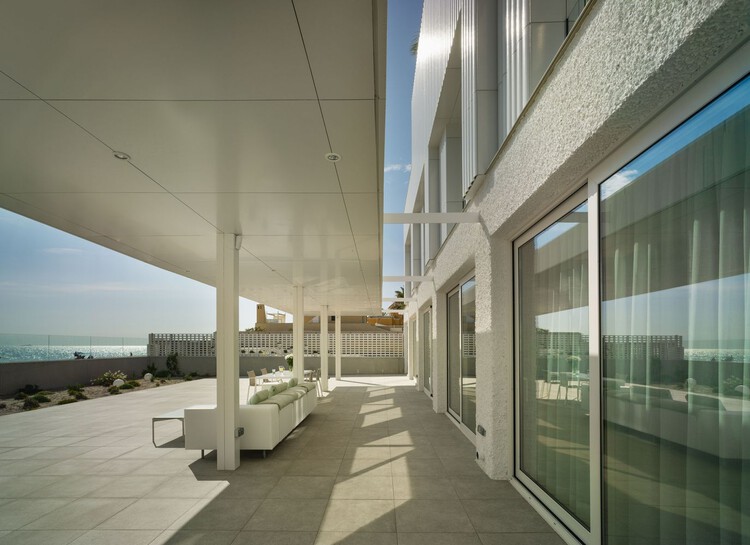