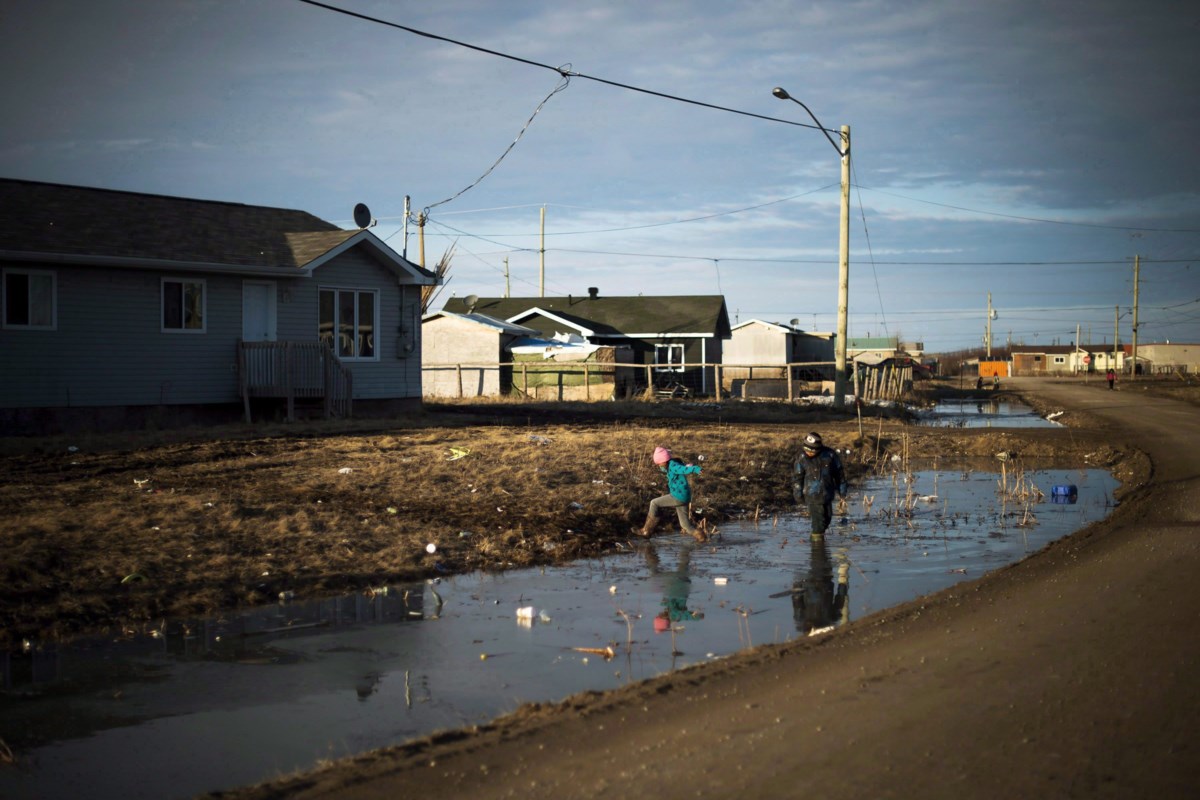 A study on indoor air quality and housing characteristics in isolated First Nations communities found elevated rates of respiratory infections and wheezing in young children, which authors associate with poor conditions within their homes.

A study on indoor air quality and housing characteristics in isolated First Nations communities found elevated rates of respiratory infections and wheezing in young children, which authors associate with poor conditions within their homes.

Researchers analyzed factors that could affect respiratory health in four First Nations communities in the Sioux Lookout region of northern Ontario, finding high levels of mould on interior surfaces and high levels of endotoxin, a residue of certain bacteria associated with wheeze.

The study, which included homes where 98 First Nations children aged three years or younger lived, found that 85 per cent of the houses lacked controlled ventilation, more than half had damaged windows, 44 per cent showed water penetration in exterior walls and six per cent had immediate safety issues.

Pediatric respirologist Dr. Thomas Kovesi, the lead researcher on the project, said housing inadequacies were linked to high rates of respiratory illness in children — 21 per cent of kids in the study had been admitted to hospital during the first two years of life and one-quarter needed to be medically evacuated because of a respiratory illness.

“People talk a lot about inadequacies in First Nations’ housing, but very few studies have quantified it,” said Kovesi, a physician at Ottawa’s pediatric hospital, CHEO. “We now have high-quality data showing what kinds of problems these houses have.

“And our other key finding is that issues with air quality was associated with lung problems in the kids.”

Wheezing with colds, a symptom indicative of asthma, was seen in nearly 40 per cent of children, although only four per cent were diagnosed with the condition.

Rates of respiratory syncytial virus (RSV) were also high in the Sioux Lookout region, which had roughly 44 RSV hospitalizations for every 1,000 babies born per year, compared to a rate of 10 in 1,000 in Toronto. Kovesi said rates of RSV hospitalizations in some areas of Nunavut have been as high as 300 in 1,000.

Kovesi said the study, most of which was done before the COVID-19 pandemic, took about five years of planning. Data was collected between 2019 and 2020.

Houses analyzed in the study were one-third smaller than the average small house in Canada, Kovesi said, but they had an average occupancy of 6.6 people per house, compared to the Canadian average of 2.5.

Overcrowding and reduced ventilation have been partly blamed for COVID-19 outbreaks, which have disproportionately spread through First Nations communities throughout the pandemic.

The Bearskin Lake First Nation in northern Ontario declared a state of emergency this month when an outbreak infected more than half its residents.

“I do think the connections (between poor housing conditions and COVID-19 outbreaks) are very clear and very direct,” Kovesi said. “These are really overcrowded houses to begin with. And if somebody gets COVID, there’s no other place they can go to quarantine.”

“Without adequate ventilation, these houses are like living in a plastic bag,” study co-author Michael McKay, director of Housing and Infrastructure, Nishnawbe Aski Nation, said in a release.

The study was conducted in partnership with the Sioux Lookout Meno Ya Win Health Centre, Sioux Lookout First Nations Health Authority and the Nishnawbe Aski Nation.

Kovesi, who has done previous work on indoor air quality and lung problems in Nunavut children, said his team is extending its research to other Indigenous communities across Canada as part of a study called FEHNCY (Food, Environment, Health and Nutrition of First Nations Children and Youth).

“We know incredibly little about air quality in First Nations houses on reserve in Canada,” Kovesi said. “But we have to start getting that data.”

This report by The Canadian Press was first published Jan. 24, 2022.