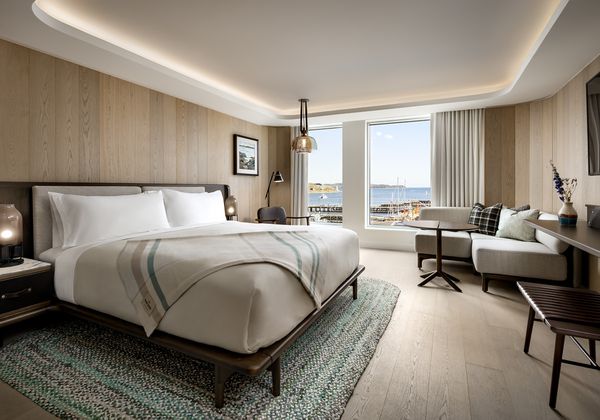 A posh, design-forward property on the Halifax waterfront. Chic, new boutique hotels in downtown Calgary. A Trump Hotel transformation in Vancouver. And new, stylish places to stay in both Toronto and Montreal. With inflation pounding Canadian wallets like a summer hailstorm, and gas prices reaching record highs, it’s a great time for a close-to-home “staycation.” Here’s a look at some recently opened and soon-to-open city hotels across the country that are perfect for a local holiday.

The Muir could be a game-changer for Halifax, which has never been known as a super-luxury hotel destination. Muir means “sea” or “ocean” in Gaelic, and the hotel is built to mimic and honour Halifax’s sea-faring heritage. The 109-room property is part of the massive Queen’s Marque waterfront development and opened late last year. Rooms feature curved white oak walls and plank flooring, a subtle nod to luxury ocean travel. The hotel has its own yacht and motorboat, as well as a private art gallery. There’s also a restaurant, Drift, that promises elevated takes on Maritime classics. Their Nova Scotia baked clams are doused with yuzu kosho and sweet butter. At BKS, the speakeasy/bar, try a margarita with local haskap or the rum-based Noon Gun cocktail, named after the daily artillery firing at the Citadel.

Part of the Curio Collection by Hilton, The Vogue Montreal, once one of the city’s top hotels, has been given a full renovation, including the lobby, public areas and the exterior façade. They’re also providing a modern take on today’s travel worries by installing the latest in air purification and UV light technology to purify and disinfect indoor air. Guests will find a TV in the lobby that displays real-time air and water quality information. Reservations are being taken from June 21 onward.

The Hyatt Centric Old Montreal is part of the bigger urban development around Place Gare Viger, which was built around the first railway station in Canada. Centric is the more “boutique” line of Hyatt, with fewer rooms and more unique features than a “standard” property. This 177-room project is located at the foot of the Jacques Cartier Bridge, at the edge of Old Montreal. The rooftop terrace has a swimming pool and will offer views of the lit-up bridge and international Loto-Québec fireworks shows during the summer. Also known as the Montreal Fireworks Festival, witness presentations from different countries around the world every Thursday night from July 21 to Sept. 1. The hotel is taking reservations for Sept. 15 onward. 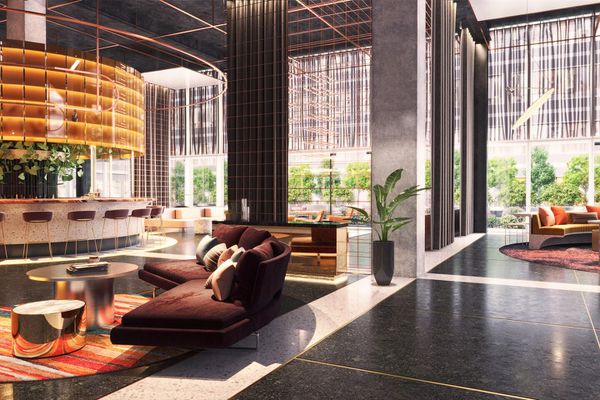 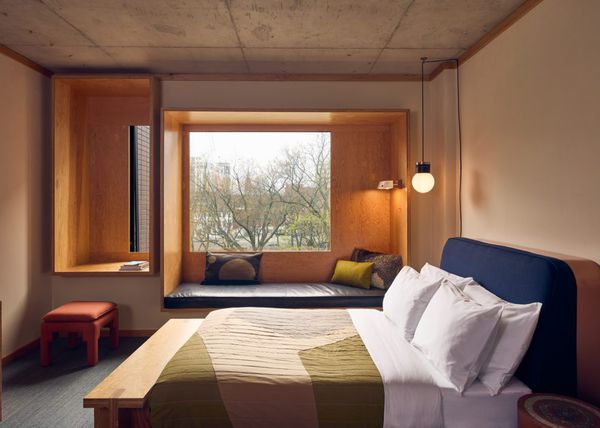 Designed by Shim-Sutcliffe Architects and Atelier Ace’s interior-design team, the 123-room Ace Hotel is the first Canadian location for this boutique chain. It’s located in the garment district, just west of Bathurst Street and north of Adelaide. Ace, a trendy outfit that has properties in New York, Palm Springs, Sydney and other cities, was one of the first hotels to put turntables and vinyl records in their rooms. The new hotel will feature a signature restaurant, Alder, which will be run by chef Patrick Kriss of Alo restaurant fame. And that means reservations could be harder to come by than a Toronto Stanley Cup win. There’s also a rooftop bar and lounge. The website shows bookings available beginning Aug. 1.

The 254-room W Hotel is a remake of the nondescript Marriott on Bloor Street, just east of Yonge. Look for a cool, youthful vibe, including a rooftop bar overlooking one of Canada’s best-known intersections. “W Hotels are always social hubs, and this particular hotel is sleek, chic and full of surprises. The design of our public spaces reflects Toronto’s brutalist architecture, graffiti art, grid-like sprawl, green spaces, and theatre and music culture,” general manager Craig Reaume said. There’s also a private recording studio and creative space for artists. The W Hotel Toronto is taking bookings as of July 21. 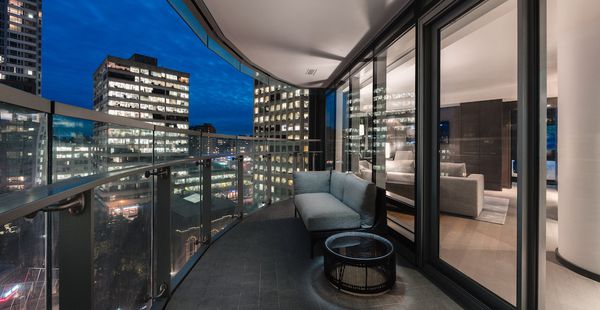 The Trump International Hotel and Tower, which was often the scene of protests from Vancouverites, has been redone. It reopened recently under the name Paradox Hotel Vancouver. Owners say they aimed at providing a contemporary design with an upscale ambiance.

“We wanted to create a hotel concept that embodied the paradoxical spirit of Vancouver, where the brand was created; a city in which world-class luxury and laid-back lifestyles go hand-in-hand,” said Lorraine Simonds, Paradox’s head of brand experience. Look for lots of white and cool shades of grey. The hotel has 147 rooms and a rooftop lounge with great views. Karma, the new lobby bar, offers signature cocktails and sharing plates based on seasonal fare. There’s also a nightclub called Mansion, which seems fitting for a former Trump property. 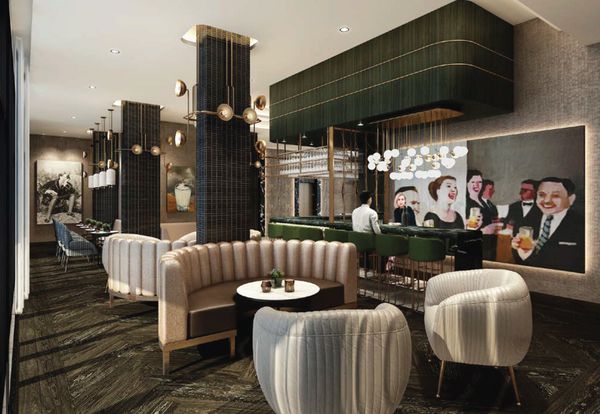 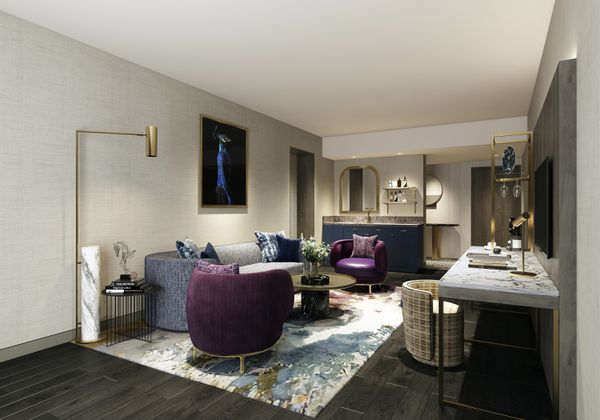 Inspired by Oscar Wilde’s novel The Picture of Dorian Gray, the Dorian Hotel (part of the Marriott Autograph Collection) is slated to open its doors in mid-July. It will feature 137 uniquely themed guest rooms, all of which will have a copy of the book. Owners say guests should expect “a touch of British whimsy” at the property, such as peacock feather-printed wallpaper. Eau Claire Distillery, located in nearby Turner Valley, is creating a line of spirits for the Dorian. The hotel also boasts a 27th-floor patio and the bottom floors of the building will house a Courtyard Marriott hotel.

The Westley hotel in Calgary is a boutique property that opened last year in a former office tower. Part of the Tapestry Collection by Hilton, it’s been described as a “vintage-meets-modern” property with bold archways, lots of geometric shapes and eye-catching furniture, including lovely Delft-blue chairs. The on-site restaurant, Fonda Fora, serves contemporary Mexican cuisine. 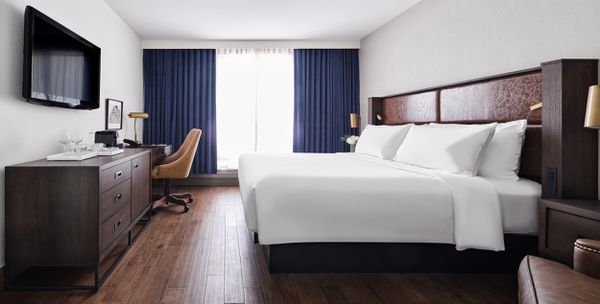 The Metcalfe Hotel in downtown Ottawa plans a summer 2022 reopening after a major overhaul. It’s the first Ontario property in the Quebec-based Gray Collection, which includes such luxury spots as Auberge du Vieux-Port and the sleek William Gray hotel, both located in Montreal. This marks their first property outside of Quebec. There’s an open-plan lobby with a five-storey atrium. It feels like a modern take on an old, established men’s club, with deep brown leather sofas and a large bookshelf. Stephen La Salle, former chef at the Albion Rooms and then feast + revel, will be the inaugural chef at the Metcalfe’s new restaurant, Cocotte Bistro.

A new spot called reStays opened on in a heritage building on Queen Street last fall. Studio, one- and two-bedroom units offer kitchen and laundry facilities, while the rooftop lounge boasts outstanding views of the country’s capital. Rooms are modern, bright and airy, especially the 75-square-metre Heritage Loft, which offers 13-foot ceilings and close-up views of Sparks Street.

Keep up to date with the weekly Sightseer newsletter. Sign up today.