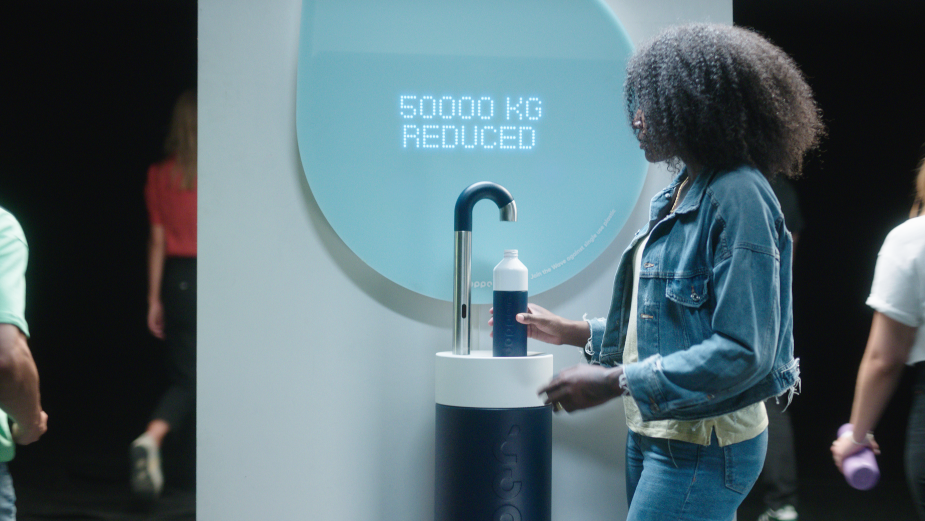 The Dutch sustainable water bottle brand Dopper launched a smart water tap as their latest innovation in the fight against single-use plastic. To promote this Dopper, Creative Impact Agency RISE and video production company Vigics produced a mission-driven campaign. The campaign shows that refilling is fun and easy and invites you to be part of this positive change.

“The combination of a clear vision and strategy from Dopper and the experience and creativity from RISE and Vigics have ensured that our mission and new product storylines fit together seamlessly. From content for the launch event, the website to the online campaign video. RISE and VIGICS managed to visualize the complexity of the innovation and have given all elements a place.” – Teun van Henten, business development marketing at Dopper.

For the ‘Tap for life’ campaign, RISE worked with the talented upcoming director Luca Shakison from Vigics. Together they developed a rebellious narrative of Dopper’s vision; urging that now is the time to change our behaviour and change the way we consume water. This with the help of the Dopper Water Tap, a smart tap that offers more than initially meets the eye and sets the new standard for tapping water.

“I have tried to show the functions of the crane in a modest way, because of course it remains a crane. But one that can do a little more than a normal tap.” – Luca Shakison, director at Vigics

For the realisation, Dopper, RISE and Vigics worked closely together to achieve a campaign that not only shows the innovative side of the product but also its social importance, Dopper’s latest weapon in the fight against single-use plastic.

The campaign is now live. The Dopper Water Tap is currently available in the Netherlands. The European roll-out will take place at the beginning of 2023.