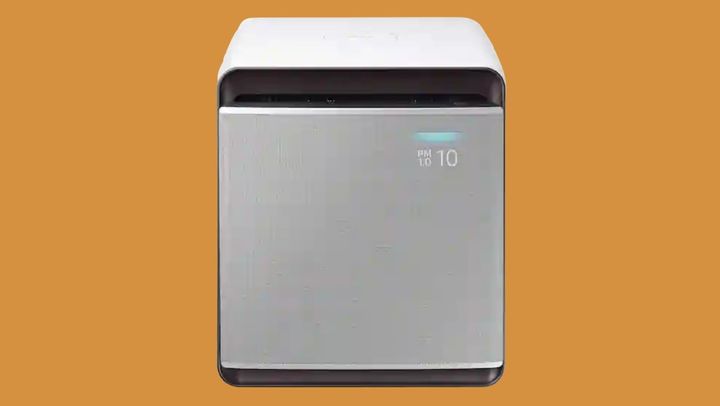 Prior to moving to Los Angeles, I had been fortunate enough to never think twice about the quality of air that I was breathing. Now, as I look out my window at the layer of smog that descends on the city, I find myself very concerned about the kinds of pollutants that are coming into my home and the long-term effects they may have on my health.

But Joyce Baker, a respiratory therapist and member of the American Association for Respiratory Care, said anyone can be at risk for poor air quality — not just people in larger cities.

“Common sources of poor indoor air quality are smoking/vaping, mold, leaks or standing water and fuel-burning appliances, particularly if they are not properly vented,” she said, adding that household items like paints, pesticides and certain chemicals can also contribute.

“Poor indoor air quality can be two to five times more polluted than outdoors because of the lack of fresh air, circulation and ventilation,” Baker said, citing an assessment from the Environmental Protection Agency.

The potential risks associated with lower air quality can range from breathing difficulties to a reduced ability to fight off respiratory infections, said Zara M. Patel, the director of endoscopic skull base surgery and an associate professor of otolaryngology at Stanford University.

“Exposure to lower air quality over a long period of time has been shown to play a role in the development of multiple upper and lower airway disease states, including chronic sinusitis and asthma,” Patel said. But shorter periods of exposure can pose risks as well, she said, such as “inflammation, mucus production, and swelling of the tissues of the nose, the sinuses, and the bronchi.”

In some rare cases, Baker said, such exposure can even increase a person’s risk of heart disease or cancer.

Some homes may already be equipped with an HVAC filtration system, but Baker said portable filtration options like air purifiers may be a useful added layer of protection ― particularly for people highly susceptible to allergens or conditions like asthma. She warned, however, that they are by no means a permanent replacement for prescribed medications or for addressing the cause of poor indoor air.

The main question on everyone’s mind seems to be whether air purifiers can catch and filter out airborne particles such as SARS-CoV-2, the virus that causes COVID-19. Baker said that a purifier “can reduce airborne contaminates in the home or confined spaces” when used properly, but that you shouldn’t rely on it completely. She advised that people follow recommendations from the Centers for Disease Control and Prevention.

What should you look for in an air purifier?

Both Baker and Patel had a few guidelines for choosing a system that can safely and effectively capture pollutants and recirculate cleaner air inside your home. The first one is the Clean Air Delivery Rate.

“The higher the rating, the more particles the air purifier will remove and the larger the area it can serve,” Baker said.

Factors such as higher fan speeds, carbon filters with the ability to remove airborne gases, particle size and the square footage of the area that you intend to purify are also important to consider.

Baker didn’t personally endorse any particular air purifier model, but she said she often tells families to look at Consumer Reports to see how well a purifier was tested and reviewed.

In line with Baker’s advice, we created the following list of air purifiers by choosing the four highest-rated options on Consumer Reports and cross-referencing their specs with the EPA’s guide for a safe and effective air filtration system. If you are experiencing symptoms of poor air quality or just want the added benefit of a purification system, see below.

HuffPost may receive a share from purchases made via links on this page. Every item is independently selected by the HuffPost Shopping team. Prices and availability are subject to change.

The best-rated option for entire apartments

With a score of 91 on Consumer Reports, the Alen BreatheSmart 75i Pure was the highest-rated air purifier and had an excellent score in particle-capturing ability, including smoke and dust removal. It has five different fan speeds that can filter up to 350 cubic feet per minute at its highest function. The wood-paneled, upright design helps for optimal performance (and won’t clash with living spaces) while the CADR lands at a solid 347. According to the EPA guidelines and the California Air Resources Board, this electric purifier also emits 30 times less ozone (a potential lung irritant) than what the group considers to be an acceptable level. If you have an apartment or larger space, Alen BreatheSmart might be a good choice because it can filter a space of 1,300 square feet using a true medical-grade HEPA carbon filter. The B-7 filter lasts between 12 to 15 months and can be easily cleaned between replacements. Get the replacement filter from Amazon for $129.

Pros: Relatively low annual cost due to energy efficiency and a yearly filter replacement. Fairly quiet to run on all fan speeds. Has a built-in indicator that tells you when to replace the filter, plus an automatically adjusting sensor that shows you the quality of the air.

Coming in second with an overall score of 90 on Consumer Reports is the stackable and voice-controlled Cube Smart purifier by Samsung. It has a CADR of 200 and the ability to cover a 310-square-foot space. It was rated 5 out of 5 for its particle-removing capabilities, including pollutants like smoke, dust, dander and pollen. This model also has three speeds and uses a three-layer true carbon HEPA filter that lasts up to one year and can trap toxic gasses and odors. You can buy replacement filters for it off Amazon for $59.99.

A well-rated choice for extra-large rooms 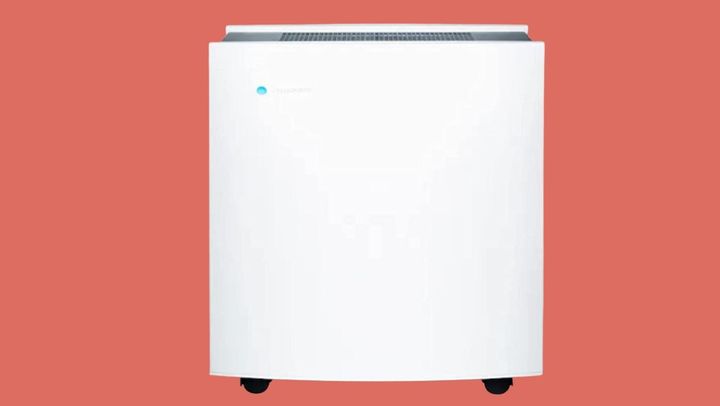 Consumer Reports gave the WiFi-enabled Blueair Classic 605 air purifier an overall score of 88 and recognized it as one of the best options for its dust- and smoke-capturing ability. Using a dual-protected and highly porous coconut-based carbon filter, this model captures the full spectrum of particle sizes and has three different fan speeds to filter the air nearly five times in an hour. It’s suitable for rooms up to 775 square feet, has a CADR of 350 and would be a great option for individuals with allergy sensitivities because of the Blueair’s ability to capture biological pollutants such as mold and dander.

Pros: Fixed on rolling casters to make moving from room to room simple. A more eco-conscious option. Quiet when running on the lowest setting. Energy efficient. Has an indicator to let you know when it’s time to change the filter.

Cons: Very noisy when running at its highest speed. Relatively high filter cost, with each filter lasting about six months (or more, depending on use). (A replacement set of three costs $79.99.) 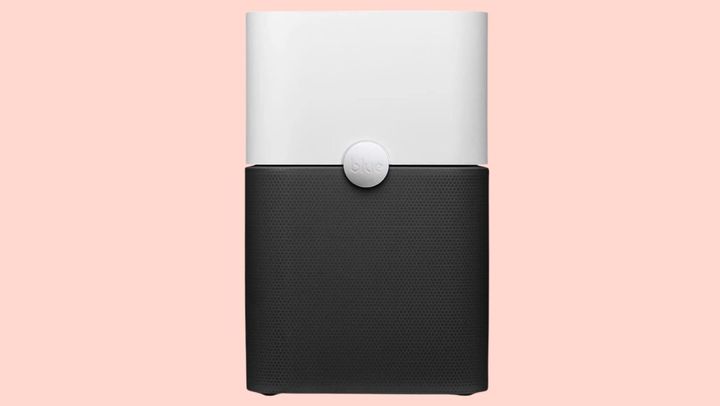 Scoring 85 on Consumer Reports, the Blueair Blue Pure 211+ is an excellent and reasonably priced purifier that’s suitable for spaces of up to 540 square feet. It has a CADR of 350. Using an activated carbon filter similar to the model above, this slightly more compact option scored high on its ability to effectively capture all particle sizes, particularly dust, smoke and allergens.

Cons: Fairly loud to operate at the lowest speed. Relatively high costs (around $46.99) for filters that last six to eight months.