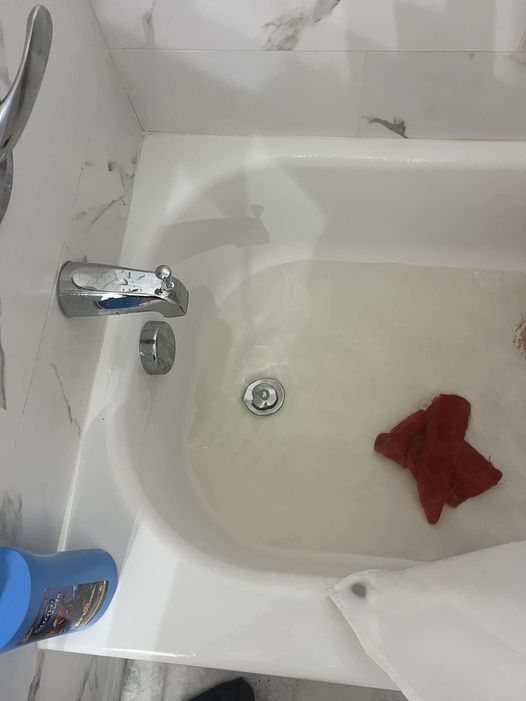 The city said it’s temporary, but the water may not go back to normal until next year.

Katelyn Shriver lived in El Reno for about a year and a half.

Recently, as she was drawing a bath, she noticed the water didn’t look right.

The water is foggy, discolored, and you can hardly see her feet through it in the photo above.

“But every once in a while, it was really clear, but very rarely,” said Shriver.

Shriver added the water was also harsh, drying out her hair so much she had to chop most of it off.

She claims her skin is already sensitive and the water only made her acne worse as well.

“I asked my landlord when I first moved into my apartment and she said, ‘Oh, that’s just El Reno water.’ I was like, ‘Oh, that’s great.’ I didn’t know that before I moved in or I would not have moved to El Reno. I was kind of stuck in a lease,” explained Shriver.

She said the water not only ruined her hair and skin, but “messed up my mental health.”

Shriver said she moved out of El Reno in June when her lease was up specifically because of the water.

“When I left, it [the water] was still the same,” said Shriver.

Another current El Reno resident said she and her family have recently moved in and she noticed her bath water was light yellow.

She declined an interview, but shared footage of her water.

A current El Reno resident’s bath water as of Wednesday.

When asked if her water was any better on Thursday, she told KFOR it wasn’t.

She shared a photo with News 4 showing a clear glass of water.

Not only did the photo reveal more discolored water, but it also showed tiny particles floating throughout. 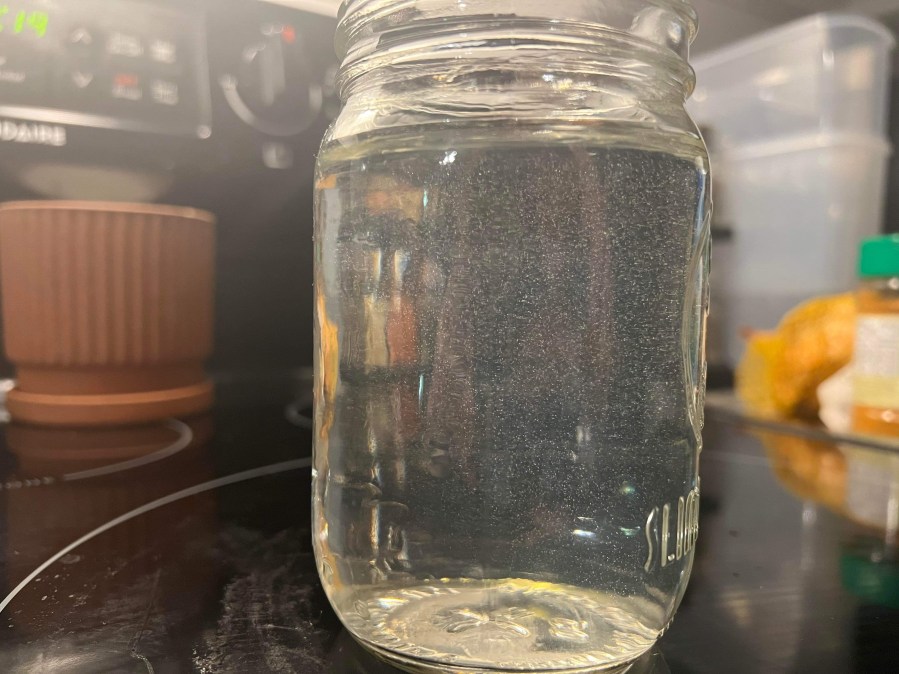 “That’s caused us to shut the water down occasionally throughout this time period. When the water gets shut down, once it starts back up, it may disrupt some of the iron deposits that are within the lines and cause isolated pockets of discolored water,” said Sandidge.

A project of this size hasn’t happened since the early 2000s, according to Sandidge.

He said this will only affect a “small area” of residents though.

“Now, we’ve also installed a new valve that would allow us to shut the plant down without disrupting water service to our customers and that was as of yesterday [Thursday], so this problem should be subsiding,” stated Sandidge.

The project is meant to increase the capacity of the city’s water plant.

“We’ll be able to produce more water. Currently, we produce the majority of our water, but we also supplement our water supply with Oklahoma City water. This will allow us to produce even more water. Also, it’s just some quality upgrades as far as paint and exterior improvements and those kinds of things as well,” said Sandidge.

Feb. 2021: El Reno going into day 8 of water crisis as parts of city remains without water

Residents say they didn’t receive notice of such a project, so one took to Facebook and has received nearly 100 comments; some of those comments claiming the water discoloration is nothing new.

Some Facebook users going as far to say this has been an ongoing issue since they were a young child.

“That’s not true. I’d say the majority of of El Reno never experiences any type of discolored water. Now, when we are flowing hydrants, the fire department goes out and flows hydrants, or maybe we have a water main break and water has to be shut off, turned back on that might temporarily disrupt those iron deposits inside those older lines,” said Sandidge in reference to the Facebook comments.

Over the last 10-15 years, the City of El Reno has replaced many water lines throughout the city that has drastically reduced discolored water, according to Sandidge.

The city’s ongoing water plant project is slated to be completed in the spring of 2023.

In the meantime, Sandidge said, “I would say run the water for a little while and see if it’ll clear up. Report it to city hall, because that would allow us the opportunity to maybe go flush some hydrants to get that discolored water out and that would help clear up the water quicker.”

The city also has packets of Red Be Gone that residents can pick up at city hall.

Sandidge said it’ll supposedly take the any iron color out of such things like clothing affected by discolored water.