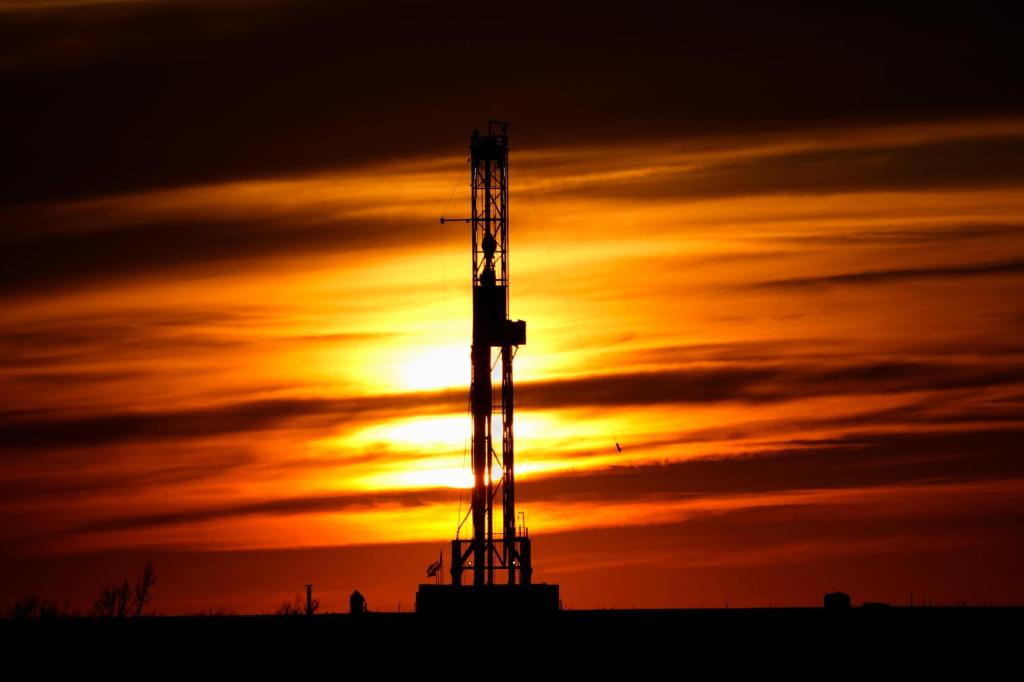 Every year, global climate summits feature a parade of hypocrisy, as the world’s elite arrive on private jets to lecture humanity on cutting carbon emissions. This year’s climate summit in Egypt will offer more breathtaking hypocrisy than usual, because the world’s rich will zealously lecture poor countries about the dangers of fossil fuels—after devouring massive amounts of new gas, coal, and oil.

Since Russia’s invasion of Ukraine pushed up energy prices even further, wealthy countries have been scouring the world for new sources of energy. The United Kingdom vehemently denounced fossil fuels at the Glasgow climate summit just last year, but now plans to keep coal-fired plants available this winter instead of shutting almost all of them as previously planned. Thermal coal imports by the European Union from Australia, South Africa and Indonesia increased more than 11-fold. Meanwhile, a new trans-Saharan gas pipeline will allow Europe to tap directly into gas from Niger, Algeria and Nigeria; Germany is reopening shuttered coal power plants; and Italy is planning to import 40% more gasfrom northern Africa. And the United States is going cap-in-hand to Saudi Arabia to grovel for more oil production.

At the climate summit in Egypt, the leaders from these countries will all somehow declare with straight faces that poor countries must avoid fossil fuel exploitation, for fear of worsening climate change. These very same rich countries will encourage the world’s poorest to focus instead on green energy alternatives like off-grid solar and wind energy. They’re already making the case. In a speech widely interpreted as being about Africa, the United Nations Secretary General Antonio Guterres said it would be “delusional” for countries to invest more in gas and oil exploration.

The hypocrisy is simply breathtaking. Every single rich country today became wealthy thanks to exploitation of fossil fuels. The world’s major development organizations—at the behest of wealthy countries—refuse to fund fossil fuel exploitation that poor countries could use to lift themselves out of poverty. What’s more, the elite prescription for the world’s poor—green energy—is incapable of transforming lives.

That’s because sun and wind power are useless when it is cloudy, night-time, or there is no wind. Off-grid solar power can provide a nice solar light, but typically can’t even power a family’s fridge or oven, let alone provide the power that communities need to run everything from farms to factories, the ultimate engines of growth.

A study in Tanzania found almost 90 percent of households given off-grid electricity just want to be hooked up to the national grid to receive fossil fuel access. The first rigorous test published on the impact of solar panels on the lives of poor people found they got a little bit more electricity—the ability to power a lamp during the day—but there was no measurable impact on their lives: they did not increase savings or spending, did not work more or start more businesses, and their children did not study more.

Moreover, solar panels and wind turbines are useless at tackling one of the main energy problems of the world’s poor. Nearly 2.5 billion people continue to suffer from indoor air pollution, burning dirty fuels like wood and dung to cook and keep warm. Solar panels don’t solve that problem because they are too weak to power clean stoves and heaters.

In contrast, grid electrification—which nearly everywhere means mostly fossil fuels—has significant positive impacts on household income, expenditure, and education. A study in Bangladesh showed that electrified households experienced a 21 percent average jump in income and a 1.5 percent reduction in poverty each and every year.

The biggest swindle of all is that rich world leaders have somehow managed to portray themselves as green evangelists, while more than three-quarters of their enormous primary energy production comes from fossil fuels, according to the International Energy Agency. Less than 12 percent of their energy comes from renewables, with most from wood and hydro. Just 2.4% is solar and wind.

Compare this to Africa, which is the most renewable continent in the world, with half of its energy produced by renewables. But these renewables are almost entirely wood, straws, and dung, and they are really a testament to how little energy the continent has access to. Despite all the hype, the continent gets just 0.3% of its energy from solar and wind.

To solve global warming, rich countries must invest much more in research and development on better green technologies, from fusion, fission and second-generation biofuels to solar and wind with massive batteries. The crucial insight is to innovate their real cost down below fossil fuels. That way everyone will eventually switch. But telling the world’s poor to live with unreliable, expensive, weak power is an insult.

There is already pushback from the world’s developing countries, who see the hypocrisy for what it is: Egypt’s finance minister recently said that poor countries must not be “punished”, and warned that climate policy should not add to their suffering. That warning needs to be listened to. Europe is scouring the world for more fossil fuels because the continent needs them for its growth and prosperity. That same opportunity should not be withheld from the world’s poorest.

Bjorn Lomborg is President of the Copenhagen Consensus and Visiting Fellow at Stanford University’s Hoover Institution. His latest book is “False Alarm: How Climate Change Panic Costs Us Trillions, Hurts the Poor, and Fails to Fix the Planet.”