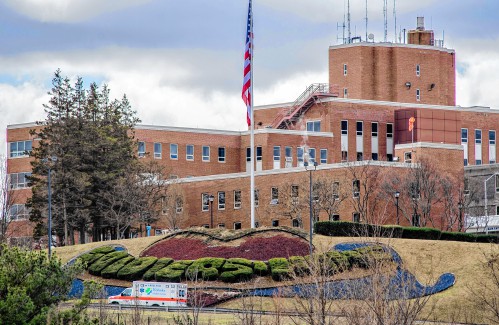 There were no roll calls in the House and Senate last week. This week, Beacon Hill Roll Call begins a recap of the 2021 session. Here are some of the bills that were approved by the House and Senate and signed into law by Gov. Charlie Baker in the 2021 session. Most bills that were still pending at the end of 2021 are carried over into 2022 in the same status they had in 2021.

The budget was based on new estimates that tax collections in fiscal year 2022 will increase by more than $4.2 billion above the amount originally predicted by the governor, the House and the Senate. In light of the pandemic, elected officials had for months braced for a substantial decrease in tax revenues and a cut in some programs and/or even a tax increase.

The new estimates also led to the cancellation of a planned withdrawal from the state’s Rainy Day Fund of at least $1.5 billion. Officials also project a $1.1 billion deposit into the fund, which will drive its balance to $5.8 billion by the end of fiscal year 2022. The budget also cancels a plan to raise fees on Uber and Lyft rides to generate new money for cities and towns, the Massachusetts Bay Transportation Authority (MBTA) and other infrastructure projects.

Other provisions include a $350 million fund that could be used in future years to help cover the cost of the $1.5 billion school funding reform law passed in 2019; permanently extending the state’s tax credit for film production companies in Massachusetts; and a new law, based on a bill filed by Sen. Mark Montigny, D-New Bedford, that will provide victims of violent crime and human trafficking enhanced protections.

Although she ultimately voted for the budget, Sen. Diana DiZoglio, D-Methuen, objected to the fact that legislators were given only a few hours to read the 434-page bill before voting on it. The budget was released late on a Thursday night and was voted on Friday afternoon.

DiZoglio said that positioning members to take a vote on something they did not get adequate time to review is not acceptable.

“If we keep doing this over and over again, it’s not going to magically become acceptable,” she said. “The fact that we didn’t get even a day to review this is very disappointing. But what’s more disappointing … is the fact that those in our communities who have a stake in what happens in the bill before us, those it will impact most — our schools, our elderly populations, those who are coming from positions of powerlessness — those folks, probably many of them, still don’t even know that we’re taking this bill up. And yet we continue to call what happens in this chamber part of the democratic process.”

A “Yes” vote is for the budget.

The House, 160 to 0, and the Senate, 40 to 0, approved and on May 20, 2021 Gov. Baker signed into law a bill authorizing $400 million to fund the construction of a new Soldiers’ Home in Holyoke. The push to construct the new home follows the deaths of 77 veteran residents in 2020 as a result of a COVID-19 outbreak at the current facility.

The bill also provides $200 million to increase geographic equity and accessibility of long-term care services for veterans with a focus on areas that are not primarily served by the soldiers’ homes in Chelsea or Holyoke.

“Rebuilding the soldiers’ home in Holyoke and increasing access to services for our veterans is necessary and long overdue, especially after tragically losing many residents of the Soldiers’ Home to a COVID-19 outbreak last year,” said Sen. Cindy Friedman, D-Arlington. “This funding will ensure that the commonwealth’s veterans are met with the services that they deserve and that address their unique and changing needs.”

“As the senator for the city of Holyoke and the Soldiers’ Home, I know what this new home means to so many in our community,” said Sen. John Velis, D-Westfield, Senate chair of the Committee on Veterans and Federal Affairs. “This has truly been a long and emotional process that started well before this legislation was first filed. From the very start, families and veterans gave me a very clear message: ‘Get this done.’ We could not let them down and I am proud to say that we have not let them down.”

The House, 160 to 0, and the Senate, 40 to 0, approved and Gov. Baker signed into law on May 28, 2021 a bill that includes authorizing $200 million in one-time funding for the maintenance and repair of local roads and bridges. The $350 million package, a bond bill under which the funding would be borrowed by the state through the sale of bonds, also includes $150 million to pay for bus lanes, improvement of public transit, electric vehicles and other state transportation projects.

“This legislation recognizes that in addition to the backlog of local roads in need of repair, there is an unmet need for local projects that benefit all modes of transportation,” said Rep. Bill Straus, D-Mattapoisett, House chair of the Committee on Transportation. “I am pleased that the Legislature was able to provide municipal assistance for roadwork and expanded funding for towns and cities to advance public transit and reduce congestion.”

The House, 157 to 0, and the Senate, 40 to 0, approved and Gov. Baker signed into law on April 1, 2021 a bill that supporters said will stabilize the state’s unemployment system and provide targeted tax relief to employers and workers.

Provisions exclude Paycheck Protection Program (PPP) loans from being taxed by the state in 2020; exclude $10,200 of unemployment compensation received by an individual with a household income of less than 200% of the federal poverty level from gross income for tax purposes; and create a mechanism ensuring all employees will be able to access 40 hours of paid sick time for any COVID-19-related issues, including testing positive, needing to quarantine or caring for a loved one.

Other provisions waive penalties on unemployment insurance taxes; freeze unemployment insurance rates paid by employers; and extended the state’s tax filing deadline from April 15, 2021 to May 17, 2021. Businesses would also face a new surcharge, in the form of an excise tax on employee wages, through December 2022 to help repay interest due in September on the federal loans.

“Over the past year, thousands of Massachusetts workers have lost pay, or even lost their jobs, because they needed to stay home from work due to COVID symptoms, or to recover after receiving a vaccine,” said Steve Tolman, president of the Massachusetts AFL-CIO. “Countless other workers have gone to work even when they might be sick because they can’t afford not to get paid. Workers need emergency paid sick time.”

The Children, Families and Persons with Disabilities Committee held a hearing on legislation that would expand the current law that allows most family members, except spouses, to serve as a paid caregiver for relatives with disabilities who are eligible for nursing home care under MassHealth. The bill would allow a spouse to be a paid caregiver.

“This bill is a simple and compassionate piece of legislation, that will also yield savings for the state,” said Senate sponsor Sen. Jo Comerford, D-Northampton. “Current state policy penalizes people with disabilities who wish to use their spouse as their caregiver, despite their spouse’s ability to provide loving care at costs below that of nursing homes. My bill will reverse that policy and direct MassHealth to recognize and compensate a spouse as a caregiver if requested by the patient, just like other family relatives. The vulnerability of people to COVID-19 makes this bill more urgent than ever.”

Another bill heard by the Children, Families and Persons with Disabilities Committee would require restaurants to make available to customers a photographic or visual menu that contains a written description and a photograph of each food and drink item to assist individuals with communication impairments with ordering. The state would be required to develop a program for restaurants to be designated as “Communication Impairment Friendly” and maintain a listing of restaurants receiving that designation on its website.

“I was inspired to file the bill after a student from Leicester Middle School and her mother visited my office hours,” said sponsor Rep. David LeBoeuf, D-Worcester. “The student expressed how she noticed how difficult it was for non-verbal individuals to order at a restaurant and her mother, who worked in human services, also shared some anecdotes. This bill would make it easier for our nonverbal citizens to patronize local businesses by requiring restaurants to have one version of a picture menu available.”

Here are three proposals that were the subject of a hearing by the Education Committee last week:

“By addressing this crisis among our youth through this simple act of adding mental health as an acceptable absence presents us with an opportunity to better the lives of young people,” Doherty said. “We cannot push this issue aside leaving at-risk students to fend for themselves. Conceptualized pre-pandemic, H 572 shows how far-sighted the Oliver Ames students were in their ability to perceive the significance of mental health needs among their peers.”

Sunscreen lotion (S 309): Allows any person, including students, parents and school personnel, to possess and use a topical sunscreen product without a physician’s note or prescription while on school property or at a school-related event or activity to avoid overexposure to the sun if the product is regulated by the U.S. Food and Drug Administration for over-the-counter use.

“Melanoma is the most commonly diagnosed cancer in children aged 15 to 19,” said sponsor Sen. Julian Cyr, D-Truro. “Routine application of sunscreen has proven to significantly reduce young people’s risk of developing this cancer. Sunscreen is essential to protecting the health of adolescents, so it makes good sense that sunscreen is accessible in schools and can be applied without the undue burden of obtaining a prescription.”

“I filed this bill to create a commission charged with developing an understanding of the actual temperature conditions of classrooms,” said sponsor Sen. Patrick O’Connor, R-Weymouth. “There are regular instances of classroom temperatures hitting the extreme highs and lows depending on the time of year. It is important that we are providing our children with the optimal setting to learn.”