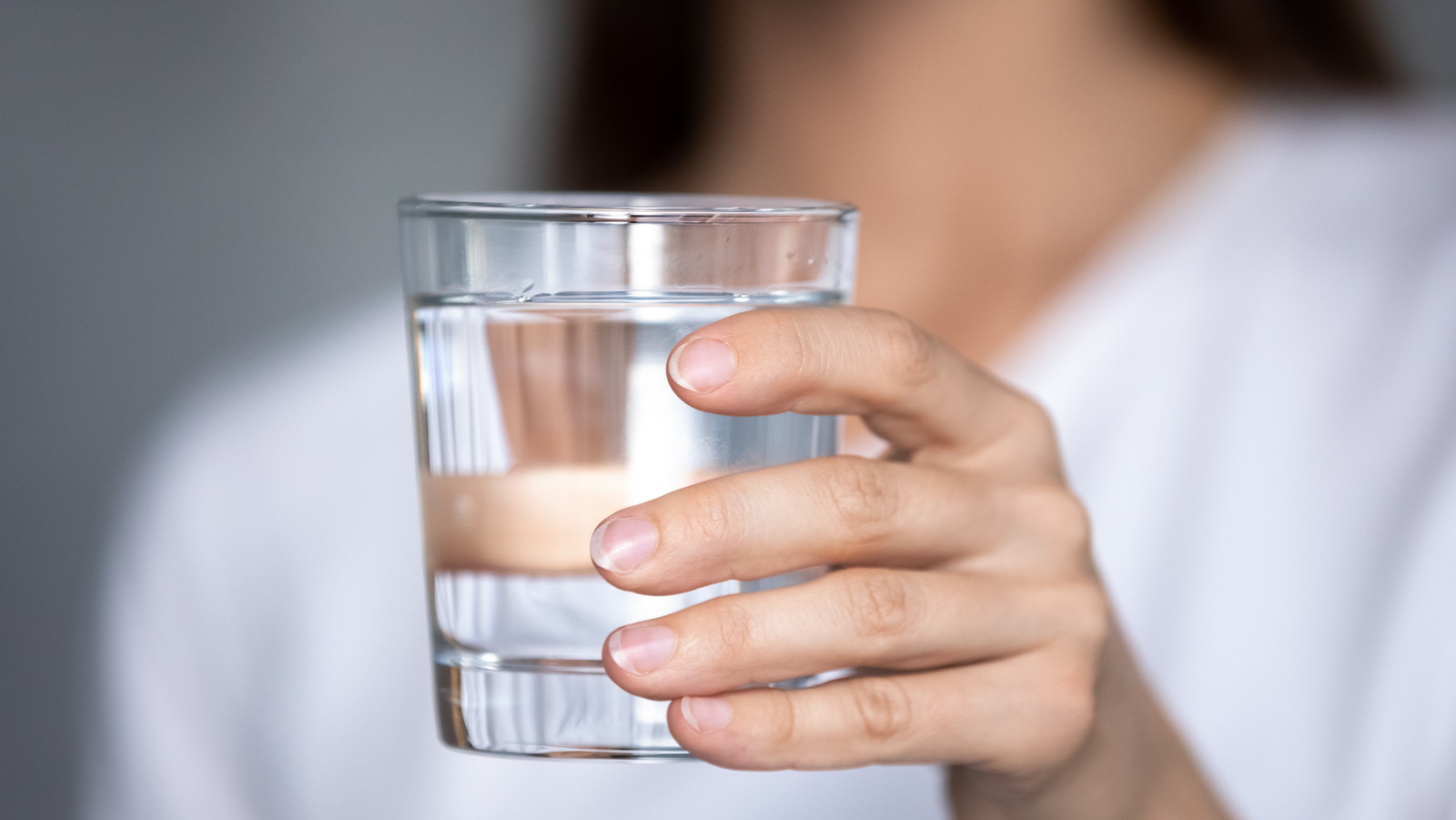 “People often find that distilled water doesn’t have a great taste,” Barnes said to the Food Network. “Minerals are what give your water flavor, so no minerals mean bland water.” Often, minerals are reintroduced to a purified water to return its flavor and so can be sold later. However, water that is explicitly sold as distilled water can develop a flavor due to contamination.

The contamination doesn’t even have to be something scary like a disease. Science ABC explains that once the distilled water leaves the distillery, the carbon dioxide and oxygen in the air dissolve into it. Similarly, if distilled water were poured into a glass, the glass’s impurities will be reflected in the taste of the water.

Still, you probably won’t want to drink distilled water as the flavor would still be bland even after contamination. What we think of as regular drinking water has a larger amount of substances that are extraneous to pure water. Healthline describes how tap water gets its flavor from fluoride and the type of pipe used, spring water reflects the minerals of its lake’s natural surroundings, and sparkling water delivers the taste of the CO2 that causes the water’s carbonation. Best leave distilled water to do what’s it’s meant to: clean your nose.