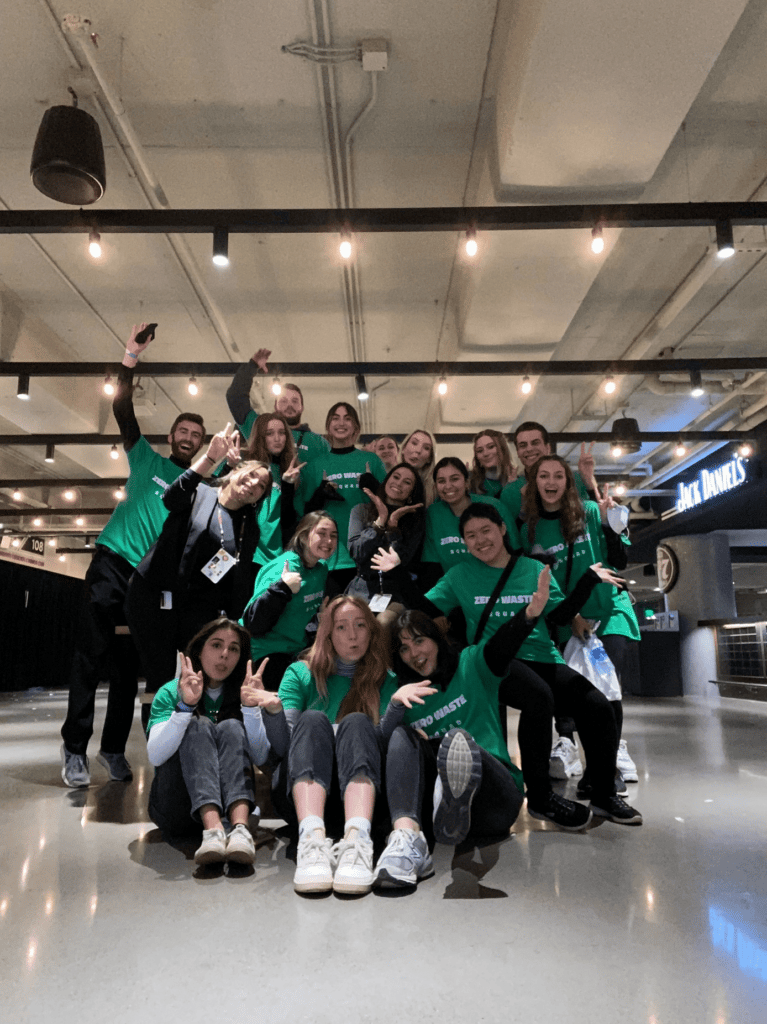 In recent decades, artists have largely led the way on touring sustainability, with high-profile musicians like Jack Johnson, Michael Franti and others paving the road for new generations of environmentally conscious talent. Now, however, the infrastructure behind touring is taking those cues and in some ways driving the cause. With examples like Billie Eilish, the Lumineers and Coldplay making sustainability not only a talking point but a show requirement, venues are getting involved in a big way to accommodate – and in many ways lead the charge.

“One venue might be able to focus more on renewable energy while another can really start their journey on the waste side, but I think working collectively and doing what we can to move the needle is what truly matters,” says Sofi Armenakian, State Farm Arena’s director of sustainability.

This year, the home of the NBA’s Atlanta Hawks became the first TRUE (Total Resource Use and Efficiency) Zero Waste platinum certified sports and live entertainment venue in the world. This means the arena diverts more than 90% of fan-generated waste away from landfills, which this year adds up to more than 2 million pounds of waste.

Arena execs say zero-waste is part of every-day business for the arena now, which has implications on the touring side as well.“It seems like more and more, sustainability is important to more bands, and this is another way of separating us from our competitors,” says Trey Feazell, State Farm Arena’s executive vice president of arena programming. “This year, every single event we have is (a tour’s) first zero-waste event because we’re the only one that has it, so it’s something we talk a lot about.”

Zero Waste Squad: State Farm Arena in Atlanta this year received TRUE Zero Waste certification and is on pace to divert more than 2 million pounds of waste this year.

Those tours included Billie Eilish’s “Happier Than Ever” stop at the arena in January, as well as the Lumineers, where 20 random fans in the 200 section who were seen properly recycling were surprised with upgraded floor seats in recognition of aiding the cause.
“It’s great that operators like ourselves are doing our part,” Armenakian added. “But what’s going to really amplify the message, and this is what’s so exciting about what we do, the intersection of sustainability and entertainment is when it gets amplified even bigger because (artists) are the true influencers.”

“There are a lot of levers to pull when it comes to sustainability, whether that’s energy, issues of water, waste, air quality, the health and wellness of the fans in the building,” says Chris Granger, CEO of OVG360. “We put ourselves in the mindset of an operator of a building that’s not Climate Pledge Arena and tried to think through where would somebody who’s interested in making a difference start.”