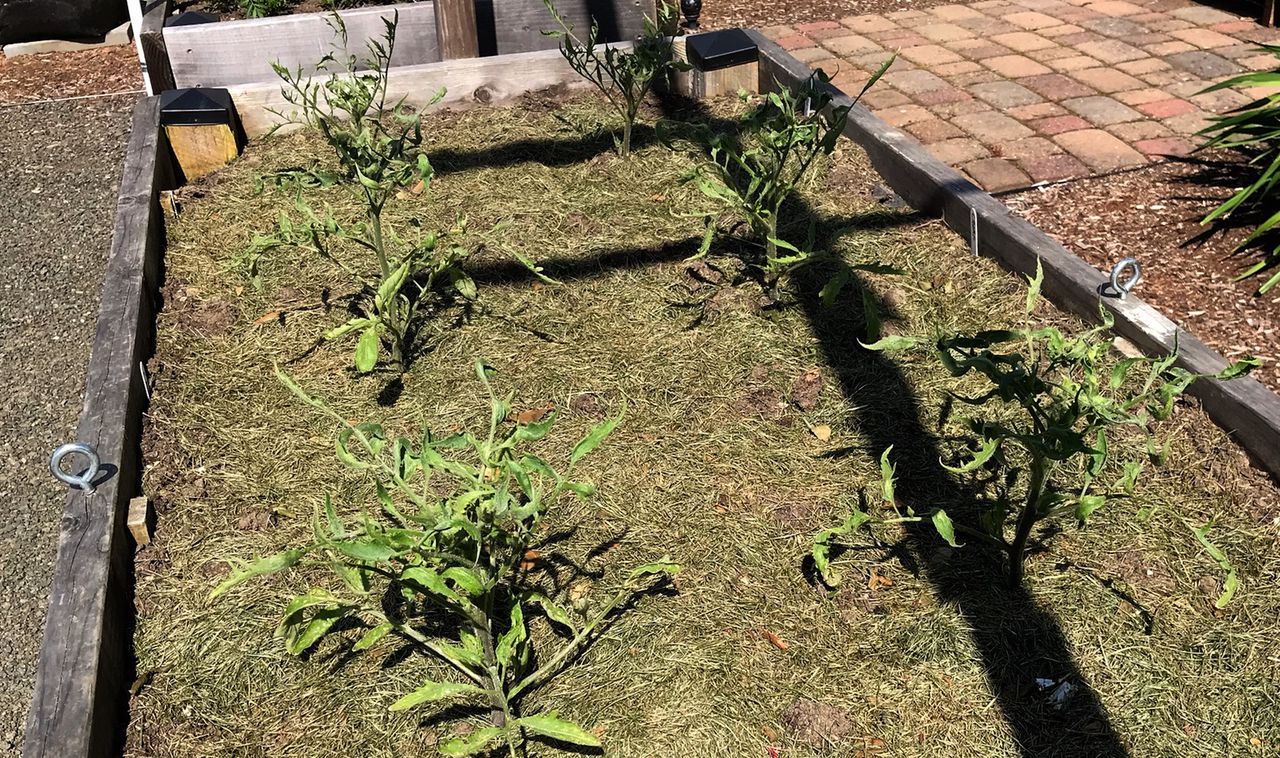 Gardening season is underway and you may have questions. For answers, turn to Ask an Expert, an online question-and-answer tool from Oregon State University’s Extension Service. OSU Extension faculty and Master Gardeners reply to queries within two business days, usually less. To ask a question, simply go to the OSU Extension website, type it in and the county where you live. Here are some questions asked by other gardeners. What’s yours?

Q: I think we have poison hemlock or a close, toxic relative on our property. Can you confirm the identification? If it is, how do we remove and dispose of it? – Linn County

Throw it away in the garbage, do not compost it. Only a small amount is needed to kill animals and humans. Here is a link with pictures of hemlock and the water hemlock for your review. Always handle with gloved hands and take it right to the garbage.

Do not allow it to go to seed. The seeds travel by the wind and with the abundant rain this year you will probably have it popping up everywhere.

There are other plants that do not have the purple blotches but look very similar and produce fantastic flowers for our pollinators. They put out an umbel of tiny white flowers that many of our very small pollinators, moths, butterflies and some insects love for the pollen. People confuse hemlock with cow parsley also known as wild chervil, wild carrot or Queen Anne’s Lace and many other names. – Sheryl Casteen, OSU Extension Master Gardener

Q: During this perfect (which is normally wet) spring our peach tree had an over-abundance of blossoms. Virtually all the blossoms are quickly growing into peaches and look perfectly healthy. But my wife and I noticed that we have very few leaves on the tree. I estimate that we only have approximately 20% of the leaves that this tree would normally have. Again, we probably have four times as many peaches and they are growing fast and look perfectly healthy. The tree is probably 5 years old. Do you have any suggestions or ideas? – Lane County

A: The lack of leaves is likely due to the weather. We had a relatively mild winter, followed by a cold spring. The late spring frost came after trees had budded out, and likely damaged some of the leaf buds. Other potential causes include lack of required chill hours (which should not have been an issue), or disease issues, such as bacterial canker or verticillium wilt, which can kill an entire branch.

You can check to see if the branches are still alive by gently scraping them to check that the cambium layer is still green. Just beneath the outer layer of every branch and twig is the cambium, a thin green layer. If there is no green and/or the branches are dry and break easily, the wood is dead. The best thing to do would be to prune the dead branches off.

Also look for pathogen symptoms, such as oozing cankers or blighted flowers. Light frequent applications of fertilizer and proper irrigation will give trees the best chance of recovery. – Erica Chernoh, OSU Extension horticulturist

Q: I noticed that my twinberry, which was planted earlier this spring, suddenly has developed discolored curly leaves. Should I treat it or remove it. If treatment is the best option, would pruning or topical insecticides work best? – Multnomah County

A: There are few diseases of Lonicera (twinberry or honeysuckle), but yellow vein would appear to be your plant’s problem. Read about it here. The now-dead leaves were probably infected by the virus and a lack of chlorophyll.

Since this is a relatively rare phenomenon, I suggest that you submit a sample to the OSU Plant Disease Clinic before you remove the plant, just to make sure.  Here is their webpage. – Kris LaMar, OSU Extension Master Gardener

Q: What could be the cause of my heirloom tomatoes, started from seed, becoming spindly after transplanting into my raised beds. Seed was planted March 3 transplanted May 10. They were hardened off starting one week before with alternate protection into my garage. – Lane County

A: Tomatoes are one of the most popular vegetables grown in a home garden. They love the heat and require full sun and a long, frost-free season. Tomatoes that do not get at a minimum of at least six hours of sun per day will cause plants to be weak and spindly.

Most research suggests that tomatoes can be planted outdoors from late May through early June. This year with the unusually cool weather May 10 may have been too early to plant outside. Although time was given to hardened off your tomatoes, the soil temperature in your raised beds needed to be at least 60 degrees to prevent growing problems with tomatoes and their fruits and roots. 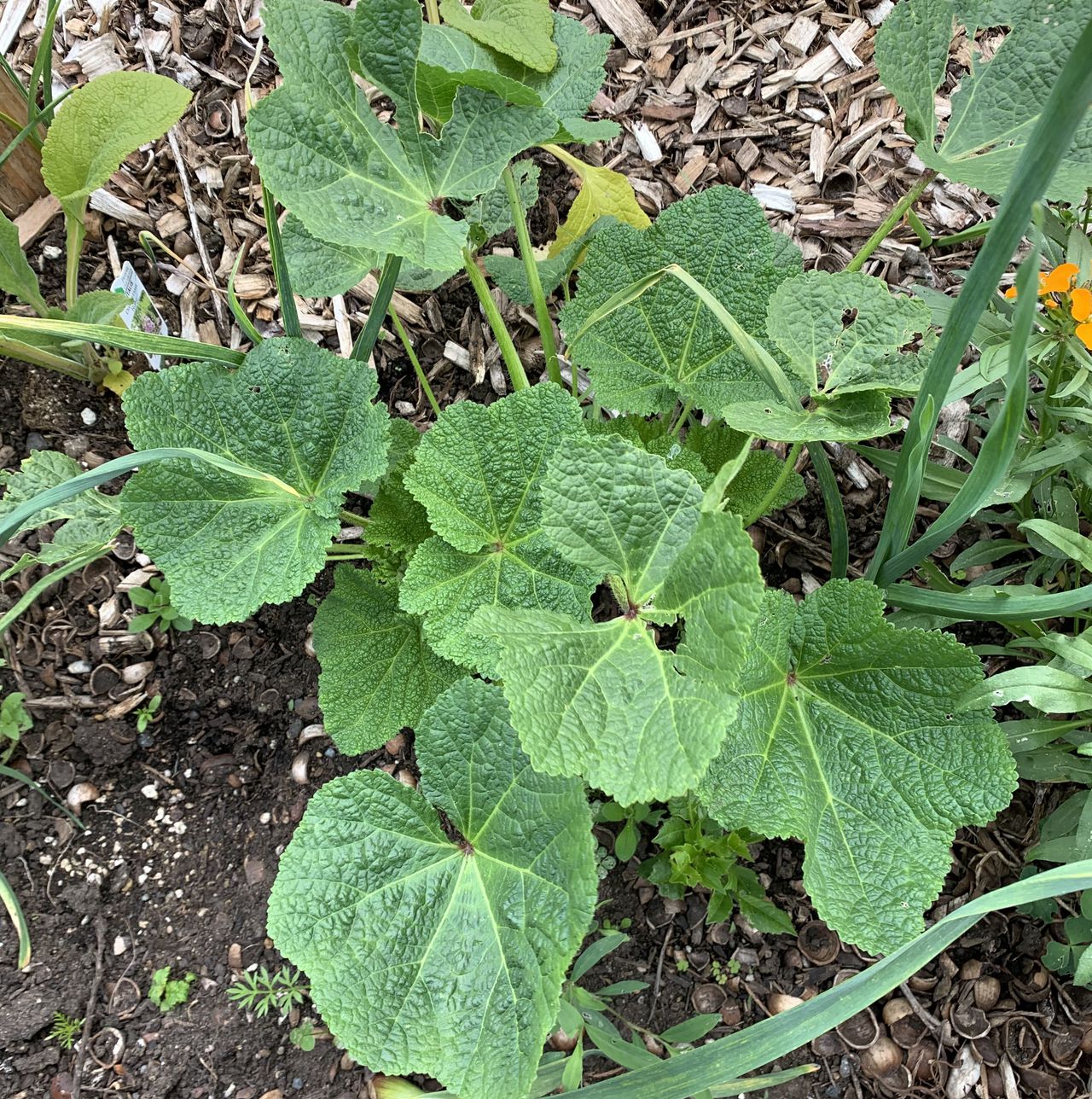 Q: I recently planted a hollyhock start in a garden bed that was sprinkled with wildflower seeds and a tree planted by Friends of Trees (they used some soil from another dig site). I noticed a plant that looks similar, but it’s much bigger (and growing quickly). I’m worried it was a hitchhiker in the soil and want to know if I need to pull it asap. – Lane County

A: The plant does appear to be a hollyhock. Hollyhocks are considered a biennial or a short-lived perennial. They bloom for a long period of time, from June to August, and along with their colorful blooms, is one reason they make such an attractive addition to a garden.

Your “hitchhiker” hollyhock plant may have come from your wildflower seeds. Your mix may have included hollyhocks and other plants that you may not have counted on. The following article is cautionary about using wildflower seed mixtures: Wildflower Seed Mixes Include Some Wicked Bloomers. – Jan Gano, OSU Extension Master Gardener

Q: I received advice from this site about an edgeworthia I had and was told the disease was likely mosaic virus. The guidance was to remove and destroy the tree. Sad, but I did it. What should I use to disinfect my gloves and tools? Can I safely plant a new edgeworthia in this location? If not, what plants, if any, can I plant? – Multnomah County

A: You can sterilize your tools with 70% isopropyl alcohol.

The virus is transmitted on infected plant material. Provided you remove the existing plant entirely and you purchase a disease-free plant, you should be OK to replant. – Weston Miller, OSU Extension horticulturist