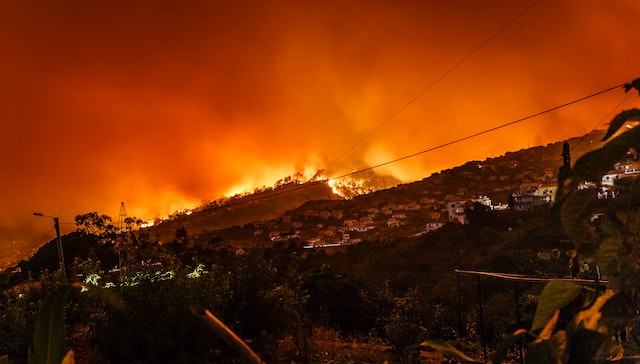 According to academics in a review study that underscores the need for greater research in the region, as the frequency of wildfires has grown, so have contaminants in the streams from burnt watersheds.

According to Stephen LeDuc of the United States Forest Service, the impacts of fire burning not just wood and grasslands but also buildings, automobiles, and other man-made materials have received far less attention.

The Center for Public Health and Environmental Assessment of the Environmental Protection Agency. Only a little research on pollutants mobilized by these sorts of fires has been conducted.

LeDuc is a coauthor of the new work, which was published today in Water Resources Research, the American Geophysical Union’s publication for original research on the transport and management of Earth’s water.

The article examines the changes in water following wildfires as described in 184 scholarly studies published since 1980.

Among the tendencies they discovered were that stream velocity, silt, and water temperature generally rise for a few years after a wildfire, as per ScienceDaily.

Nutrients are frequently enhanced, as are hazardous metals and certain organic compounds, which can reach concentrations 10 to 100 times greater than pre-fire levels.

Some post-fire water pollutants, such as arsenic, can exceed legal limits even in treated drinking water.

The analysis cites claims of elevated levels of the carcinogen benzene in tap water after the burning of buildings and cars in the town of Paradise, California.

Researchers also discovered increased quantities of metals in the ash from these fires, which may have an impact on drainage.

The assessment discovered that little research has been done on the types of pollutants produced by urban flames. This puts water managers and planners at a disadvantage when dealing with the aftermath of a fire.

We see this as a significant gap in scientific understanding of fire consequences, according to LeDuc.

According to Dennis Hallema, a hydrologist at Desert Research Institute in Las Vegas who was not involved in the study, the major reason for the information gap is the difficulty of establishing an urban water quality monitoring program on short notice, such as after a fire.

There is a lot of curiosity, but good water quality monitoring initiatives result from projects that are authorized on time.

The study also looked at how wildfires affect the surrounding ecology.

Because of climate change, fire frequency is rising in locations like the western United States, and areas burnt by fire have the potential to become longer-term stressors to water quality if the preceding vegetation recovers slowly or fails entirely, according to LeDuc.

However, burnt areas might be targeted for restoration activities such as erosion control or plants,” according to the report.

One restoration effort mentioned in the paper was by the Pueblo of Santa Clara following the Las Conchas Fire in 2011.

Read more: Trees in California Mountain Range Are Dying Due to High Pressure and Wildfire

Municipal Water Supplies are Under Threat from Wildfires

Wildfire conflagrations have risen in quantity, magnitude, and ferocity in many places of the world in recent decades, from the Amazon to Siberia, Australia, and the western United States, as per EOS.

The aftereffects of these fires offer glimpses into a future in which wildfires have extraordinary negative effects on ecosystems and the creatures that rely on them, including humans-not the least of which is the potential for significant harm to city water supplies.

The Rim Fire, the third-largest wildfire in California history at the time, burnt a wide tract of Stanislaus National Forest near Hetch Hetchy Reservoir in 2013, prompting worries about the safety of drinking water supplied by the reservoir to San Francisco.

The 2018 Camp Fire not only destroyed vegetation but also destroyed structures and the water distribution infrastructure for the town of Paradise in north central California, scattering scorched electronics, furniture, and vehicles among the rubble.

Rainstorms after a wildfire washed debris and dissolved toxicants from the charred materials into neighboring bodies of water, contaminating downstream reaches. Residents who rely on these sources have complained of smoke-tainted smells in their tap water.

In certain circumstances, water companies were forced to stop utilizing water supplies supplied from too close to the wildfire and provide consumers with alternative sources of water.

Wildfires are predicted to become more frequent and severe as a result of climate change, posing significant dangers to water providers and users.

Water exported from badly burnt watersheds may have significantly changed chemistry and may include high amounts of pollutants and other unwanted compounds that are difficult to extract.

However, few studies have looked at water treatability (the ease with which water may be cleansed) or drinking water quality in water treated after wildfires.

© 2022 NatureWorldNews.com All rights reserved. Do not reproduce without permission.