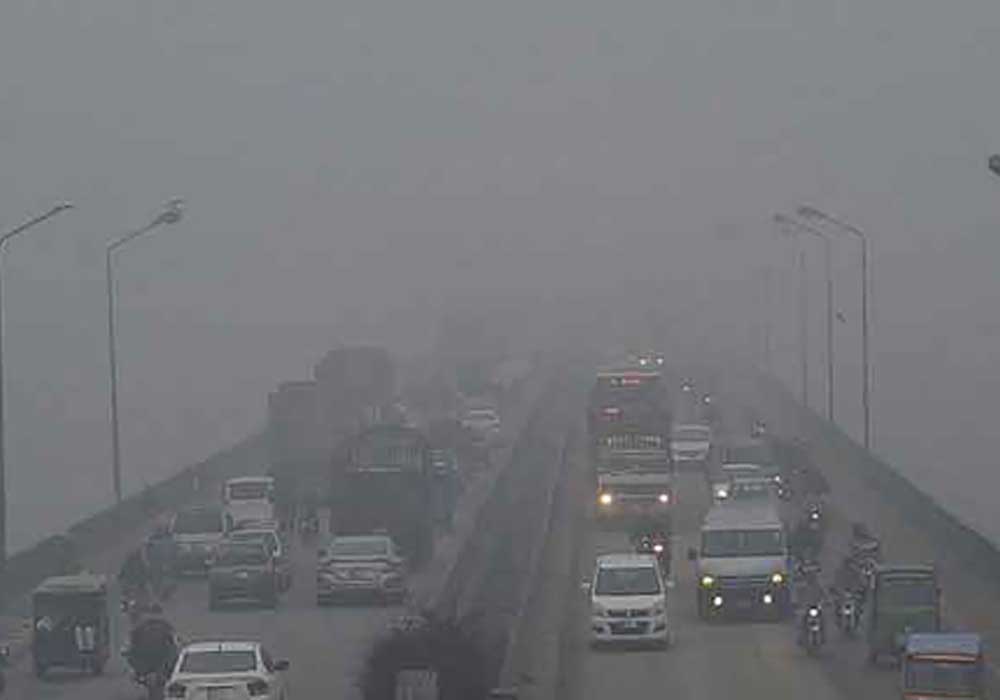 EPD officials informed that as much as 43 percent of air pollution was contributed by transportation, 12 percent by power, 20 percent by agriculture and other sources, and 25 percent by industry. The EDP official also informed the attendees regarding the work they are doing to reduce air pollution. Through a presentation they displayed their efforts and shown that according to morning data for December 5, 2022, the AQI at EPD was 430, in Sundar the AQI was recorded 349 At Punjab University it was decreased to 289, which is still unhealthy, from Badami Bagh 373.

Furthermore, the data analysis on June 30th revealed that a variety of vehicles, including motor cars (9.91%), motorcycles (82.25%), trucks (0.42%), delivery vans (1.42%), buses (0.54%), auto rickshaws (2.90%), tractors and others (2.56%), contributed to air pollution. Moreover, Lahore, Gujranwala, and Faisalabad divisions are the most afflicted by the smog problem, despite the fact that it affects numerous divisions of Punjab and neighbouring provinces. Between October 31 and November 28, around 2,173 vehicles, including those entering Lahore through the Saggian Area, Thokar Niaz Baig, and Ravi Toll Plaza Motorways, were inspected. Of those, 1477 received fines for emissions.

The EPD has also set up a control room to keep track of the city’s AQI around the clock. The monitoring room notifies the appropriate DCs of emission points and occurrences involving stubble burning. The PITB has also created an Application for real-time uploading of actions taken against smog-intensive areas, such as portions being sealed, FIRs filed, and fines levied. Additionally, it assists in maintaining dashboards, geotagging actions made in the control room, and keeping track of the nine anti-smog squads deployed in Lahore.

Three teams with EPD experts and light scatters are working with the transportation department to examine late-night HTVs and establish a deterrent. The important role of LWMC in dealing with fugitive dust includes the creation of a schedule, daily reporting on road washing, and water sprinkling on unpaved roads identified by ACs under DCs’ supervision. Complete prohibition of trash burning, with district administration oversight. The EPD has also revealed the Provincial Climate Change Policy and smog control plan at LCCI.

LCCI President Kashif Anwar said that Punjab’s smog problem was getting worse over time. The environmental difficulties have grown in Punjab, where industrial activity is booming and the number of vehicles is rising, and excessive urbanization and power generation methods are also stoking the fire. He said that in order to improve Punjab’s air quality index, combined efforts and military-style tactics are needed given the current levels of air pollution and smog. Burning crop residues, vehicle pollution, industrial emissions, particulate matter, and Metrologic elements that generate fog, which then mixes with the haze and causes smog, are just a few of the factors that contribute to smog, the speakers noted.