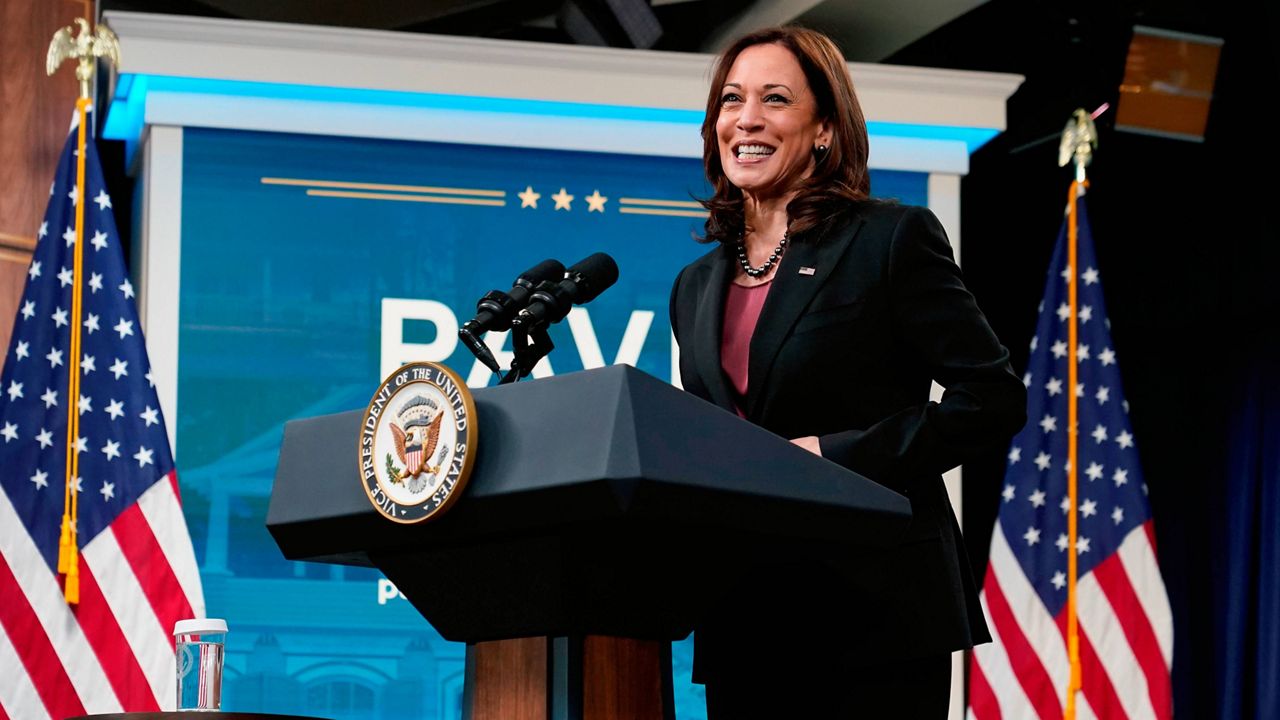 “Water scarcity is a global problem. And it must be met with a global solution. So today, we make clear: The United States will be a leader in the solution,” Harris said. “I know we will create a future in which every person in every community has access to our world’s most precious resource.”

The new effort aims to address numerous aspects of global water insecurity, ranging from the impacts of climate change to poor management to historical conflict over access.

The action plan will focus on three specific pillars, per a White House release:

The Biden administration has taken a number of domestic actions to either ease access to water or to strengthen and improve the infrastructure providing water services to communities across the country.

One issue the White House has tackled within the U.S. is that of water contaminated with lead. As part of the bipartisan infrastructure law, the Environmental Protection Agency is sending $2.9 billion to states, territories and tribes to replace lead pipes.

Lead pipes pose a problem for nearly every state across the country, according to a report from environmental advocacy group Natural Resources Defense Council, which found somewhere between 9.7 million to 12.8 million lead pipes are scattered across all 50 states, even in some where none have been reported. Much of the lead pipe infrastructure is concentrated on the eastern side of the United States.

The EPA has encouraged communities to use the bipartisan infrastructure law funds allocated specifically for water resilience in three specific ways: Targeting resources towards historically disadvantaged communities, removing lead from all drinking water across the country and tackling so-called “forever” chemicals, man-made compounds that do not naturally decompose in the environment.

Wednesday’s action expands the administration’s efforts to focus on the global community, with a White House release noting water security is “essential to the United States’ international efforts to increase equity and economic growth, advance gender equity and equality, build inclusive and resilient societies, bolster health and food security, decrease the risk of conflict or instability, and tackle climate change.”

According to a United Nations’ estimate, around 30% of the world’s population lack access to safe drinking water, while 60% lack safely managed sanitation services – numbers that are only expected to rise over the next several decades as factors like climate change continue to take their toll.

By 2030, up to 700 million people worldwide could be displaced by water scarcity, per U.N. projections.

Harris on Wednesday stressed that lack of access to clean water around the globe can have far-reaching consequences, including food insecurity, mass migrations, spread of disease and heightened regional tensions.

“Since we took office, our administration has made important progress in protecting water security here at home,” the vice president said, adding: “We also recognize how important it is to extend that work beyond our nation’s borders. Today, billions of people around the world do not have access to clean, safe water. And in the coming years, climate change, population growth, urbanization and environmental degradation will only drive that number higher.”

In order to broaden global access to clean drinking water, the U.S. government will work with a number of entities – ranging from foreign governments to international nonprofits – to identify projects that support water security, and will in turn provide loans and other forms of aid to spur their creation. The U.S. will also provide technical experts to implement physical infrastructure for water sanitation, hygiene, waste water and other related efforts.

“The United States will encourage and support the development of water use agreements among stakeholders who share water resources; such agreements have historically led to increased cooperation and mitigated the risk of conflict,” a release notes in part.