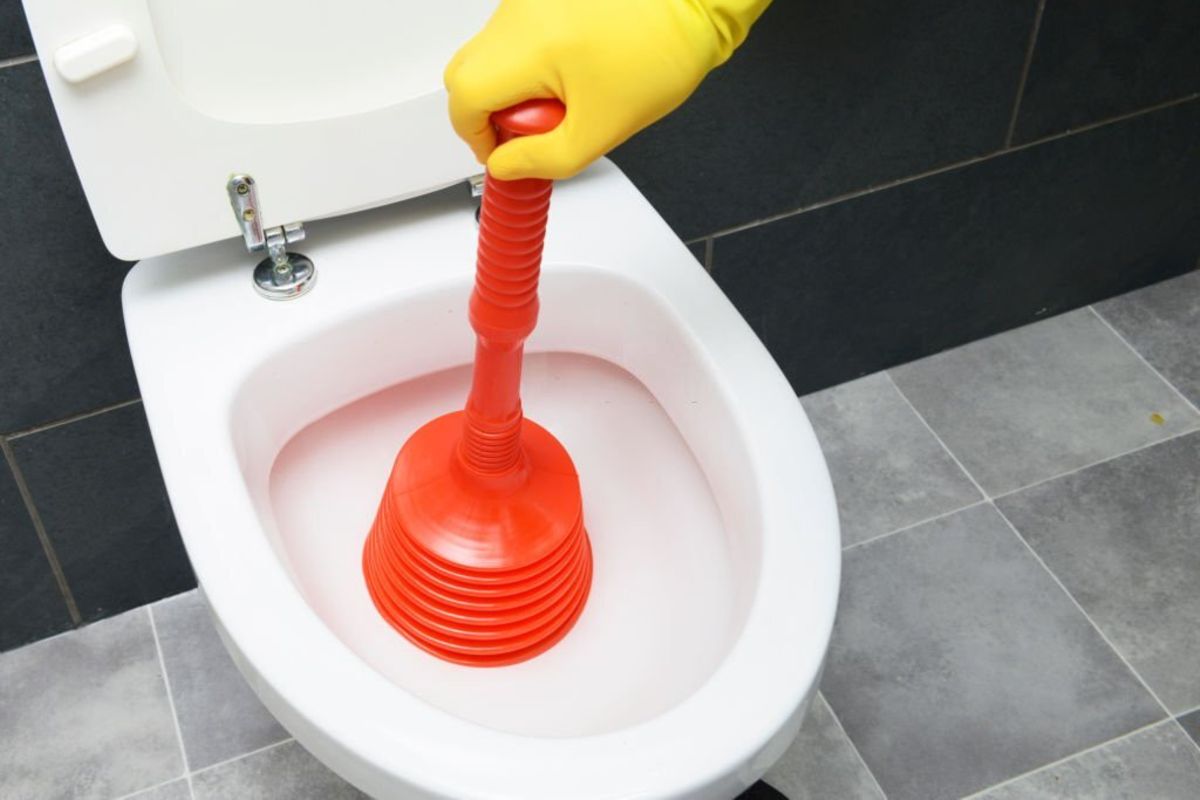 Nothing creates inconvenience in the workplace or home as a blocked toilet.  A toilet that serves many people is prone to blockages.  Disposing unsuitable material such as cloth or diapers in the toilet is the leading cause of toilet blockages.

In case you have not found the obstruction that you can remove manually, you may have to use a toilet plunger.  When using this method, you will need rubber gloves, toilet plunger, bucket, newspapers or rugs, liquid soap and bleach.

Farouk Kakooza, a plumber says start by sorrounding the area around the toilet with the rugs or newspapers to protect it. “Additionally, wear gloves to protect your hands from coming into contact with any urine or faecal matter that may be in the system,” he says.

While this is the simplest method, chances are that it may fail if you do not have the right plunger.

“A kitchen plunger will not work when unblocking a toilet. Unlike the kitchen plunger, the toilet plunger has a fold-out flange which creates a secure seal by completely covering the hole. That fastens the process,” he says.

Kakooza adds that the plunger must be totally submerged in water.

“If there is no water, you need to add some using a bucket to facilitate the process,” he advises.

If your plunger has stiffened from being unused for a long time, you can soften it by dipping it in hot water for a few minutes to enable it seal easily.

Dip the plunger into the toilet bowl ensuring that it is below the water surface and covering the toilet hole.

“Slowly yet firmly push it down to create a seal. Then pull it up, creating a vacuum which aids in dislodging the cause of the blockage. Continue doing this in fast procession for the next 10 minutes,” he says.

The cause of the blockage should get sucked out or it should be dislodged as the water drains out.

“In the event that the water drains out but the toilet remains blocked, you will need to add more water and start the process again. This is because some clogs such as hair or wipes may require more time before they come out,” Kakooza says.

Once you have unblocked the toilet, it is important to clean up thoroughly.

“Start by restoring the water supply. Then flush the toilet several times,” he adds.

The plunger has come in contact with nasty things and in addition to washing, it needs to be disinfected before it is kept away.

“However, this cannot be done from the toilet because the soap, when flushed down the system, will eventually kill the bacteria responsible for decomposing the waste. Therefore, take it to the outside drain where you can make a mixture of bleach and soap and soak the plunger in before rinsing it,” Kakooza says.

Discard the newspapers or rugs and gloves. You may also get rid of the clothes you were wearing, in case they got messed up.

Normally, the blockages take place where there is a change of direction; in the bend leading to the manholes. As such, Fred Batwale, a plumber, says this bend should have an access door that you can open and pass the rodding wire to open the toilet. “If the toilet has no bend, thus going directly into the manhole, open the manhole and make your rodding from that manhole,” he says.

If the problem has been eliminated close the manhole.

The blockage can also be caused by less water in the cistern thus less force to push the waste through the system.

“In this case, check the water levels and make adjustments to increase the level of water to ensure it is nine litres per flush (the normal amount),” Fred Batwale, a plumber  says.