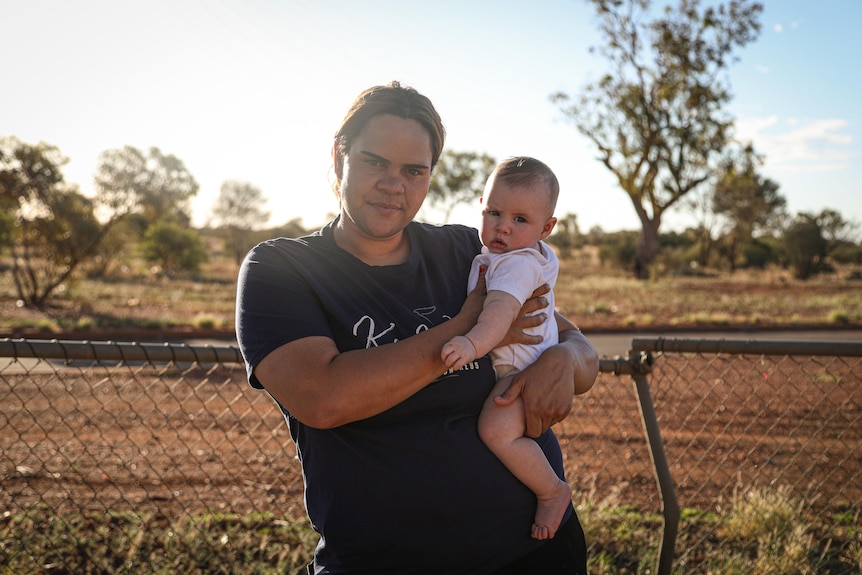 Every two days, the 24-year-old Warburton mum buys a 15-litre container of water so baby Bluebell has safe water to drink and bathe in.

Ms McLean said not everyone in the community could afford multiple containers of water each week.

“Some of the young mums and the parents here find it very difficult and they have no choice but to turn to tap water,” she said.

Many towns and remote Aboriginal communities in Western Australia like Warburton, 750 kilometres north-east of Kalgoorlie, get their water from bores that tap into underground water reservoirs.

Due to toxic nitrates in tap water, many Warburton families mix bottled water with formula to give to their babies. (ABC Goldfields-Esperance: Amelia Searson )

Christine Jeffries-Stokes, a paediatrician and one of the chief investigators for the Western Desert Kidney Project, has conducted extensive research on links between nitrates in drinking water and kidney disease.

She said the chemicals were particularly toxic to babies but could also harm adults.

“The nitrate combines with haemoglobin in your blood so your blood can’t carry oxygen anymore,” she said.

This can lead to blue baby syndrome, a potentially fatal condition.

Both Dr Jeffries-Stokes and Ms McLean said many Warburton families were not aware of how to access the free bottled water.

Last month, the state government completed a $3.4 million water treatment plant in Warburton to address its high levels of contaminants.

It includes an ultrafiltration system, a reverse osmosis plant, a wastewater pipeline, and an evaporation pond.

Ms Stoddart said water from the plant was tested and supply to the community began last month.

She said, as a precaution, carers of infants under three months of age are advised to keep using bottled water during the testing period, until mid-January. 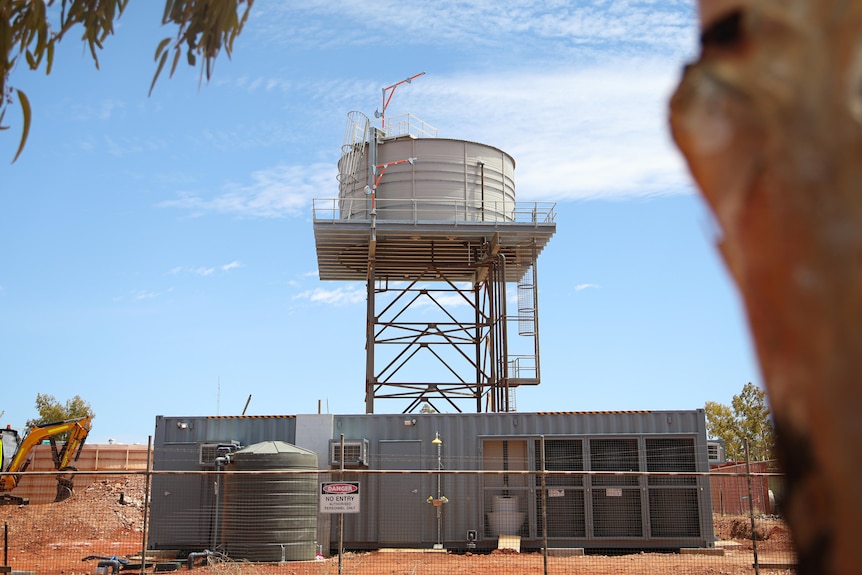 Nitrates aren’t the only issue

But along with problems in the source water, Warburton has been grappling with ageing and cracked water pipes for decades.

He said he wanted a commitment to replace the pipes because when they burst, contaminants can get into the drinking supply.

“There’s broken rock in the trench. It wasn’t properly sand bedded so it didn’t even meet its life expectancy of 16 years. It’s been in the ground now for 24 years, its time’s up,” he said. 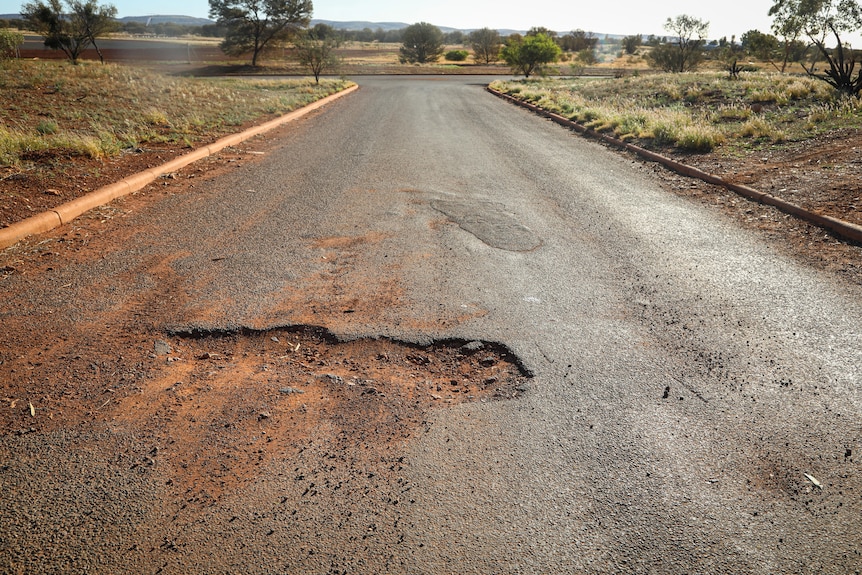 A National Indigenous Australians Agency (NIAA) spokesperson said it was in discussions with the WA Department of Communities and the Warburton community to make a financial contribution towards replacing the pipes.

The federal authority said the government understood detailed costings were being prepared for funding partners to consider.

“It doesn’t seem to make much sense to have a new, nice, clean water supply and then put it through dirty pipes so that when it comes out at the other end people, particularly children, who are drinking it are not safe,” she said. 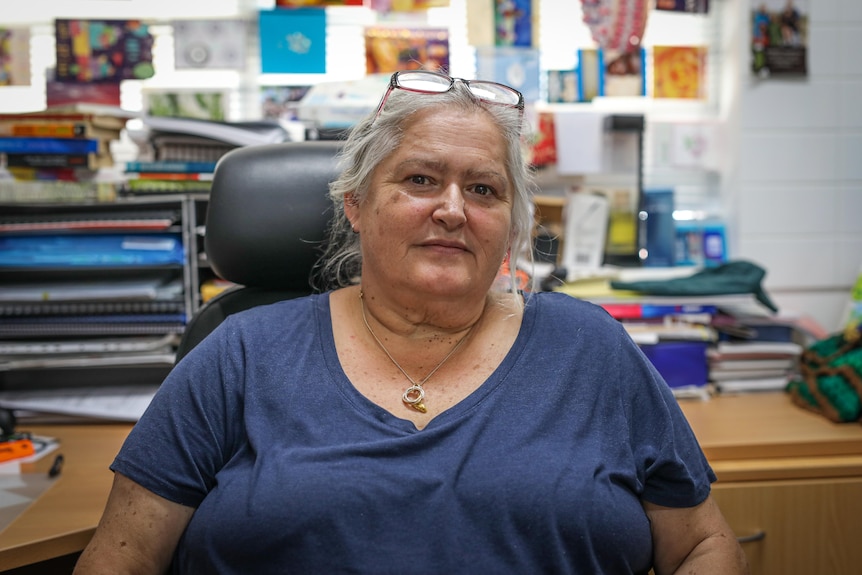 Dr Christine Jeffries-Stokes says despite the plant, she has concerns damaged pipes could be letting contaminants in.(ABC Goldfields-Esperance: Amelia Searson)

Mr McLean said the maintenance of the water treatment plant will be funded through the WA government’s Remote Essential and Municipal Services and he was confident it will be well kept.

“We’ve got qualified plumbers, electricians, and maintenance fitters [and] these units are pretty evolved on what has been installed,” he said. Ngaanyatjarraku Shire president Damian McLean said he welcomed the plant but would like to see the plumbing fixed.(ABC Goldfields-Esperance: Amelia Searson)

Moving forward, Dr Jeffries-Stokes said maintaining the treatment plant and fixing the pipes will be essential for Warburton’s access to potable water.

“This is Australia. People should have a right to drink safe water and be supplied with safe drinking water in their homes,” she said.