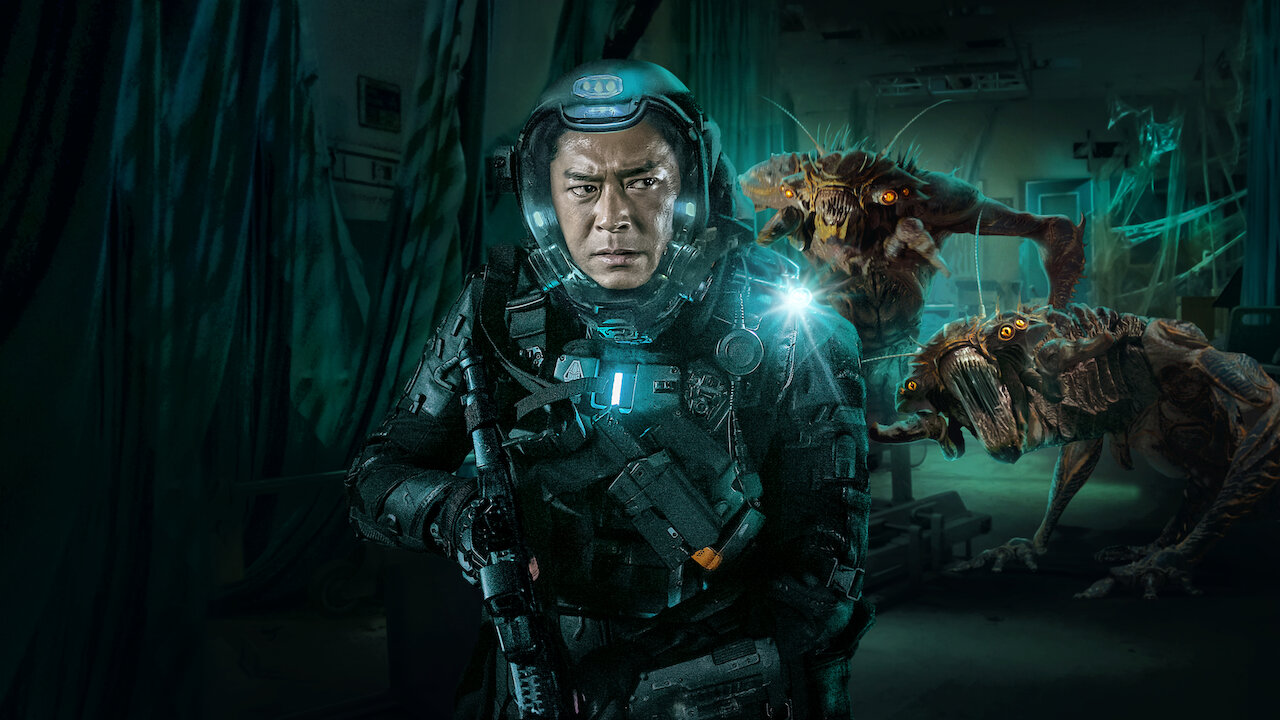 We discuss the ending of the Netflix film Warriors of Future, which will contain spoilers.

There are many sci-fi films that take audiences on a ride to the future, but some just feel repetitive. There are also sci-fi films that try to incorporate too many things, and then the story gets lost in the madness. We have gotten to a point in our society where the future is here and now, so the technological advancements shown aren’t as impressive as they used to be. If anything, audiences are more terrified about the evolution of tech than fascinated by the endless possibilities.

This is where Warriors of Future turns into more of a horror film than an action, sci-fi adventure. When a meteorite brings extraterrestrial life to the earth, the alien creatures threaten humanity. Commander Sing Lee’s elite forces are almost wiped out, and the surviving soldier Tai Lo discovers an even bigger conspiracy, as per the synopsis on IMDB. Right from the beginning, director Yeun Fai Ng was able to create an emotional tie to how the world used to be.

We see a father and his daughter looking at how clean our planet used to be, and it quickly cuts to the current state of the world; colorless, dying, and grim. We see that military robots have become the standard for war, and now every country has created its own version.

On top of that, there is no clean air, so they develop something called the Skynet to filter in clean air. But once this alien rips through with the meteor, it becomes its own ecosystem and engulfs tech towers across the city. The government ops call the creature Pandora, and for a good portion of the movie, they try to kill it.

Warriors of Future ending explained – what happens with Pandora?

There are three different sections of the robot militia that go and attack Pandora in different ways. One man is in charge of arming a bomb, and another two soldiers are trying to take down a robot that looks like a creature.

They are navigating their way through a hospital corridor, and the flashbacks keep happening to when they first started their journey. The Pandora creature was releasing toxins into the air that would build the ecosystem over the city.

The soldiers were able to develop a vial to kill off the plant if they got close to its center. So in order to kill Pandora, one soldier had to go into its heart to place the man-made virus into its system. They did manage to do this and save the whole city.

There were celebrations after Pandora slowly started to retract, and the Earth started to look clean again. It does leave it open-ended as the same soldiers try flying to the moon after their planet is healed just to see what else is out there. If it does well on Netflix, there could be a sequel and a brand new discovery in the galaxy.

What did you think of the ending of the Netflix film Warriors of Future? Comment below.