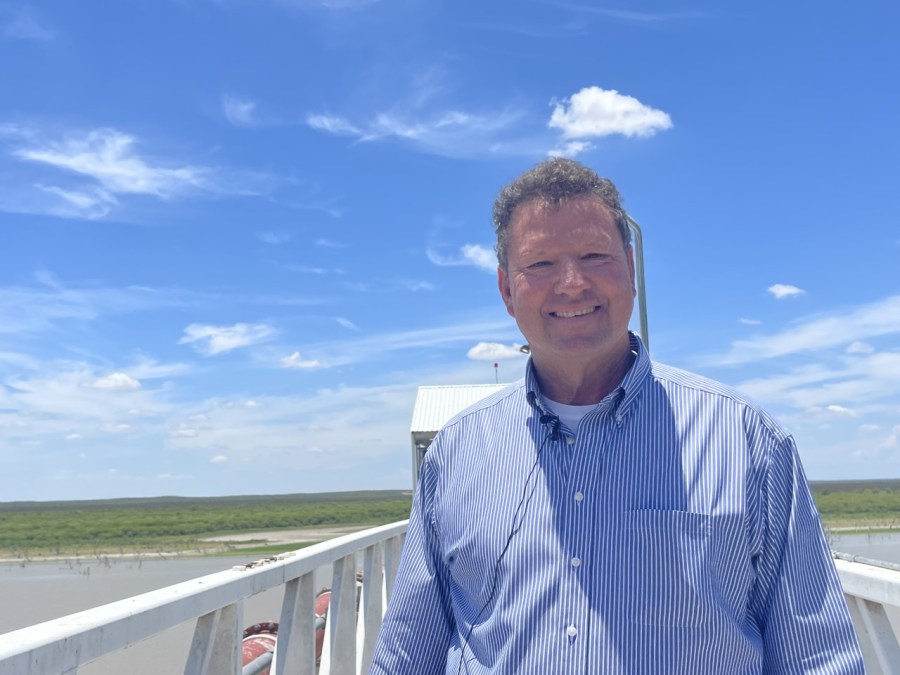 McAllen Public Utility on Monday ordered Stage Two water restrictions, meaning residents and business owners can only water twice a week and during specific hours and depending on their location. And ornamental fountains without a recycling system must be turned off.

Brownsville Public Utility also ordered Stage Two water conservation regulations, which restrict when and where the 180,000 residents can run their sprinklers and wash vehicles.

The restrictions were put in place after the National Weather Service announced that Falcon International Reservoir, in Zapata County, and Amistad Reservoir, near Del Rio, Texas, were both near historic lows.

The situation is so bad in South Texas that officials are struggling to provide enough drinking water to the 15,000 residents of Zapata County, Border Report learned on a tour last week.

“Right now, the low water levels at Falcon Lake are threatening the water supply for Zapata County and the surrounding areas,” U.S. Rep. Henry Cuellar said Monday. “The situation has already forced several local governments to implement their own drought contingency plans. We are urging residents to conserve water.”

In a tweet on Saturday, the National Weather Service called the situation “dire” and wrote that “water supplies are under stress as Amistad/Falcon combo water levels are nearing all-time lows.”

The National Weather Service wrote “only a tropical event can help” to bring water levels up in the South Texas border region.

(Graphic by the National Weather Service)

There is only 1 foot of water atop about 30 feet of mud and silt currently in Falcon Lake.

Rathmell is working with Cuellar to try to get a $1 million federal emergency grant. They also are trying to extend piping under the river’s edge, Cuellar said.

Rathmell gave Border Report a tour of diminishing Falcon Lake on Thursday, and at the time advocated that cities downstream in the Rio Grande Valley should be forced to conserve water.

He said the new conservation requirements implemented are a smart move.

“Our situation is worse and hopefully won’t head their way but I’m glad they’re getting prepared for it and trying to conserve so they won’t experience what we are experiencing,” Rathmell said.

Rathmell said that Falcon Lake is basically no more. It’s just an area where the Rio Grande river runs through.

Meteorologist Bryan Hale, of CBS4 in Harlingen, said the Falcon Reservoir was only at 10% capacity on Monday. And Amistad was at 32%.

Stage Two restrictions are implemented when water levels at both Amistad and Falcon reach 25 percent.

Both reservoirs were built to preserve water between the United States and Mexico and help distribute water as it flows via the Rio Grande toward the Gulf of Mexico. 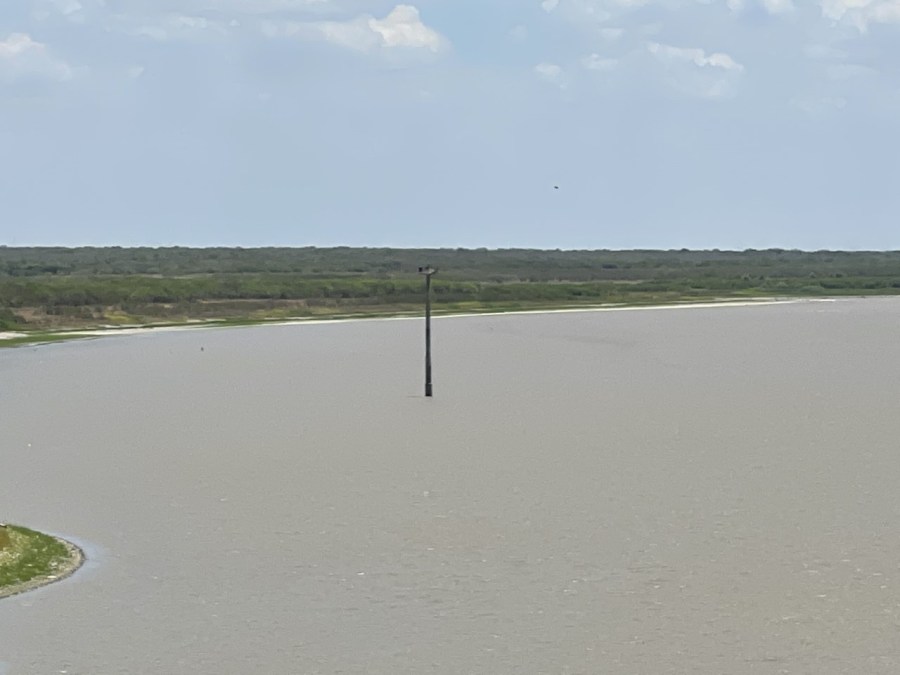 An international marker in the middle of Falcon Lake sits several feet exposed as water levels are below 11% on Thursday, July 28, 2022. The Rio Grande runs through the middle of the lake, which supplies all of the drinking water for rural Zapata County, Texas. (Sandra Sanchez/Border Report)

Leaders for McAllen and Brownsville said they recognized the need to conserve water now as triple-digit heat and drought continue to plague the border region.

“McAllen Public Utility is a responsible steward of our water and during the current drought that we find ourselves in, it is important that as residents of the community, we follow the mandatory water restrictions out of necessity to ensure a continued adequate water supply and pressure for the coming months,” said Mark Vega, general manager for McAllen Public Utility.

The Rio Grande is the main source of drinking water for McAllen, though the city also draws water from a well.

“Water conservation is vital to BPUB’s water supply,” said John Bruciak, Brownsville Public Utility Board general manager and CEO. “Conservation helps ensure that the city’s water supply can get us through these summer months.”