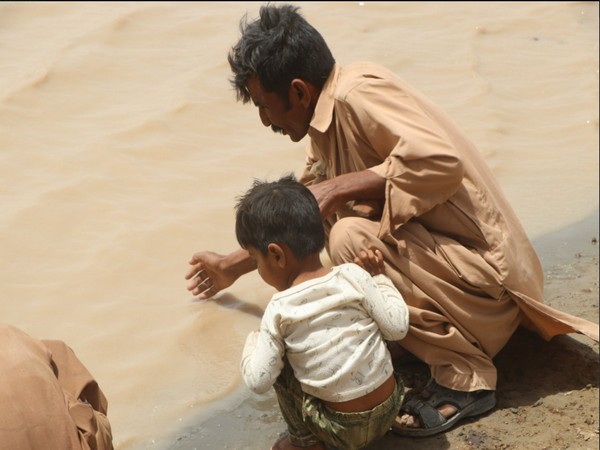 Islamabad [Pakistan], May 31 (ANI): Residents of Sindh and other parts of Pakistan are living under extremely hot weather conditions with mercury surpassing 50 degrees Celsius, and water woes are making the situation worse as clean drinking water and water for the crops are diminishing.
Khalid Bux, a farmer from Pakistan’s south Sindh province, is worried about the fate of his sugarcane and cotton crops as one-third of the plants are drying up due to the unavailability of water from canals, reported writer Misbah Saba Malik for Xinhua.
“Even last year I couldn’t get the expected yield due to water issues, but now it’s a real crisis. Canals are running dry and we do not have any resources to water our crops,” said Khalid Bux.
If the situation persists, local farmers will definitely be devoured by economic burden, he said.
In a conversation with Xinhua, Manzoor Wassan, advisor to the chief minister of Sindh on agriculture, said that the water scarcity is affecting almost all agriculture products in the province and the situation is feared to get worse in the coming days.
“Sindh is rich in production of cereals, mangoes, peppers, cotton, rice, wheat, and sugarcane among others, but due to water shortage the already standing products are in crisis whereas sowing of rice is facing delay,” he said.
The water shortage led by extreme weather conditions is also expected to result in a food shortage in Pakistan as the area of cultivation and annual yield is facing a decrease with every coming year, he added.

At a recent media briefing, Pakistan’s Minister for Climate Change Sherry Rehman warned of a 50 per cent decline in the production of mangoes in the country due to water shortage.
She said that her country ranks 5th in the world in producing mangoes, but this year severe water shortages and rising temperatures are expected to take a toll on the production of juicy fruit.
Water shortage is also leading to many health issues including water-borne disease, heatstroke, and kidney issues among the residents of the country.
According to a report from the United Nations Children’s Fund (UNICEF), an estimated 70 per cent of households in Pakistan drink bacterially contaminated water. The current heatwave has worsened the situation.
A worse outbreak of cholera in southwest Balochistan province left several kids killed and thousands of others infected, and stomach diseases in Punjab and Sindh occurred due to drinking contaminated water.
In the Cholistan desert of Punjab, over 50 cattle perish due to water shortage while wildlife is also affected. In a conversation with Xinhua, rescue workers from the non-government organization Al-Khidmat Foundation shared horrendous tales from the area where people suffered due to the wrath of climate, as per the media portal.
“The Cholistan is already a very poor area, but what happened to them this year can not be explained. Very lean and malnutrition kids had to walk miles in search of drinking water, but many wells were dried up. People had to see their cattle, which was the only source of income for them, die of thirst to save water for their kids,” Umar Ahmad, a rescue worker, told Xinhua.
According to weather experts, the heatwave is likely to continue in June. (ANI)