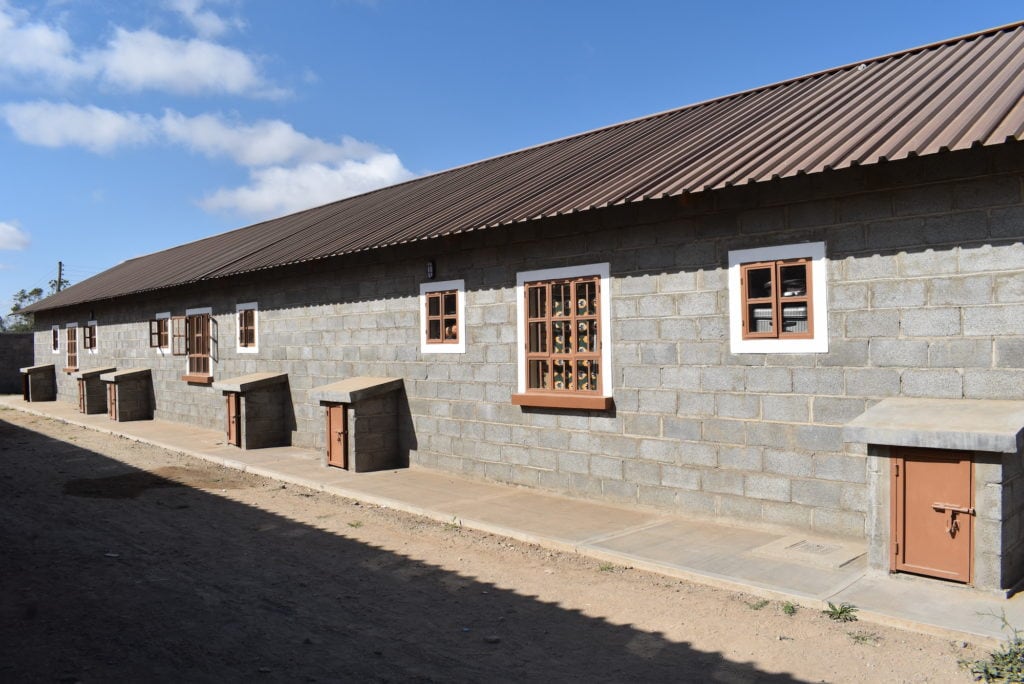 When Maranatha Volunteers International, a Seventh-day Adventist supporting ministry, arrived in Kajiado, Kenya, in 2018, Kajiado Adventist School had been rescuing Maasai girls from abuse for years. The few school buildings first erected were dilapidated, however, and development plans were stalled. The main challenge? Lack of water.

“A truck would come and fill some water tanks on the grounds,” one of the ministry leaders said. “But water expenses were eating up 40 percent of the school budget.”

One of the Maranatha-built classrooms recently completed on the campus of Kajiado Adventist School. [Photo: Marcos Paseggi, Adventist Review] 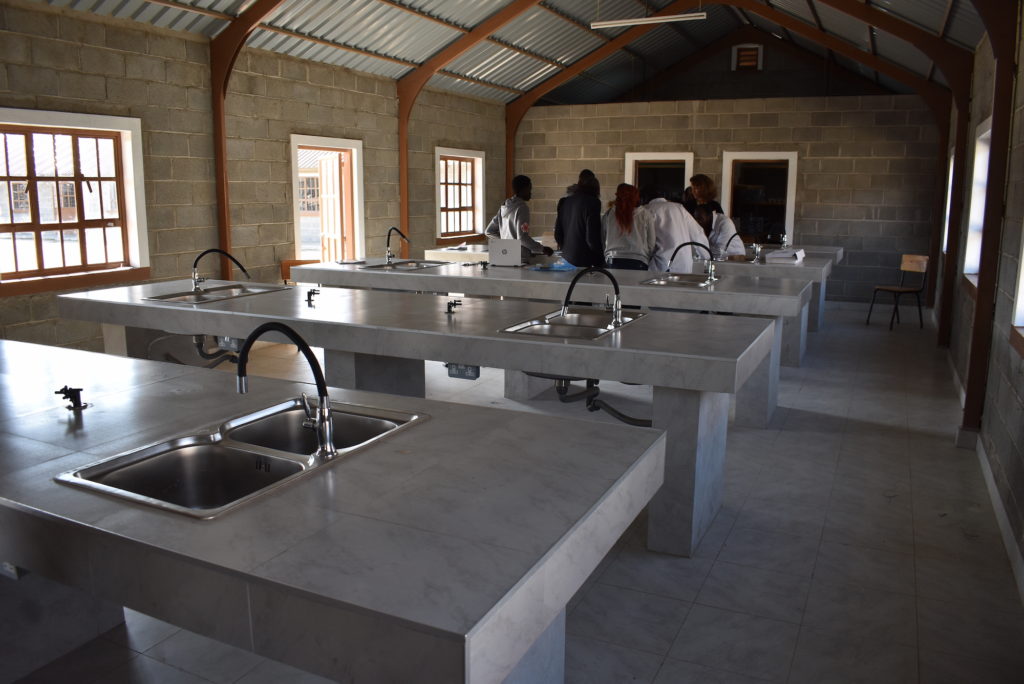 Maranatha leaders soon understood that any construction plan required a more abundant and cheaper source of water. But at the time, they did not see it as a need to worry.

“If it’s God’s will, He will give us the water and the project will move forward,” Maranatha president Don Noble commented after his first visit to the campus.

Surveys reported that in the best-case scenario, digging a new well could produce up to 500 liters (about 132 gallons) per hour, which was well below what Kajiado needed. Maranatha decided to move forward in faith. Kajiado girls spent two months praying specifically that God would give them the water the school needed.

Their prayers were answered in a more abundant way than they had imagined. Currently, the school’s well produces thousands of gallons per hour, covering the needs of the school, the local Adventist church, and community members who can fill their jerrycans for free. “In a place where there was not supposed to be water, now there is abundance of it,” Maranatha executive vice-president Kenneth Weiss said. “I could go on a TV program and tell this and other stories and people might say, ‘This guy is crazy,’ but I am not. I am just telling what happened.” The abundance of well water has allowed Kajiado Adventist School to start a vegetable garden. At the same time, the school has added solar panels as another source of energy. [Photo: Marcos Paseggi, Adventist Review] 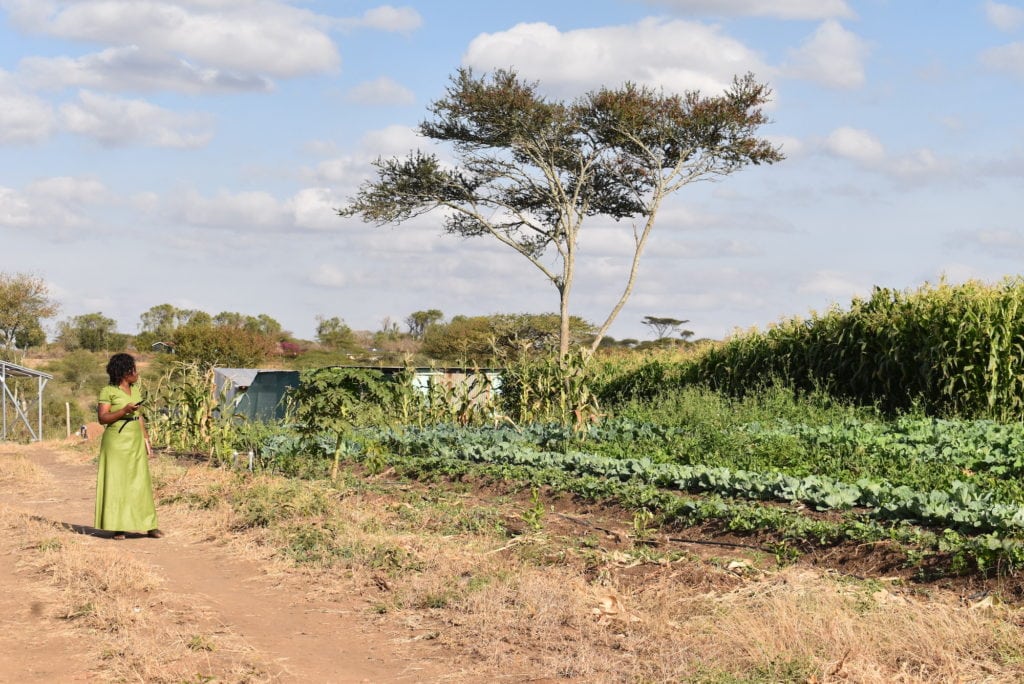 Kajiado Adventist School principal Sophia Nyasani Bisonga stands next to the new school vegetable garden on church lands off site. With the water supply secured, the garden is steadily increasing its production of corn, beans, and vegetables. It is also producing chickens and eggs to sell. [Photo: Marcos Paseggi, Adventist Review]

Thanks to the abundance of water, the school has started a vegetable garden, which helps balance the students’ diet. The school also has a top-of-the-line water filtration and purification system, guaranteeing that the school has pure drinking water available 24/7.

“Time after time, when facing a seemingly unsurmountable challenge, God has come through,” Maranatha leaders emphasized. “The time we faced the water challenge was no exception.”

After water was found and donors stepped forward, Maranatha moved fast to add new buildings to the school and replace old ones. Teams of volunteers from the U.S., Brazil, and other regions began to spend time in Kajiado helping to transform the school, one building at a time.

Maranatha has added classrooms, dorms, teachers’ living quarters, and lately, a science laboratory. The opening of the lab has allowed local teachers to be trained on new tools. Better training is making them better teachers, something the students can appreciate.

“If you talk to Kajiado students, many of them say their favorite classes are physics and chemistry,” one of Maranatha leaders shared. “It shows the connection between facilities, teacher training, and learning.”

The school is also moving to make the overall student experience better. Maranatha has just started another building, where the school is planning to offer vocational training, including cooking and tailoring.

Kajiado has also added solar panels to save energy and has launched two vegetable gardens. The first is a small one on campus; the second one, on several acres outside of town.

Late in the afternoon of an early July day, after finishing laying block for the day, the latest team of Maranatha volunteers visited the thriving farm. Corn, beans, and green vegetables are growing amid a first-class watering system. There are chickens to sell — not breeders, the farm director emphasizes — and egg-laying hens. Again, there is a water well that the community can also use as needed. The old Kajiado kitchen still needs to be revamped, as the constant smoke ends up affecting the health of the cooks and their assistants. [Photo: Marcos Paseggi, Adventist Review] High-quality water-filtering equipment near the new water well at Kajiado Adventist School. The abundance of water is benefiting not only the educational community but also local church members and the surrounding community. [Photo: Marcos Paseggi, Adventist Review] 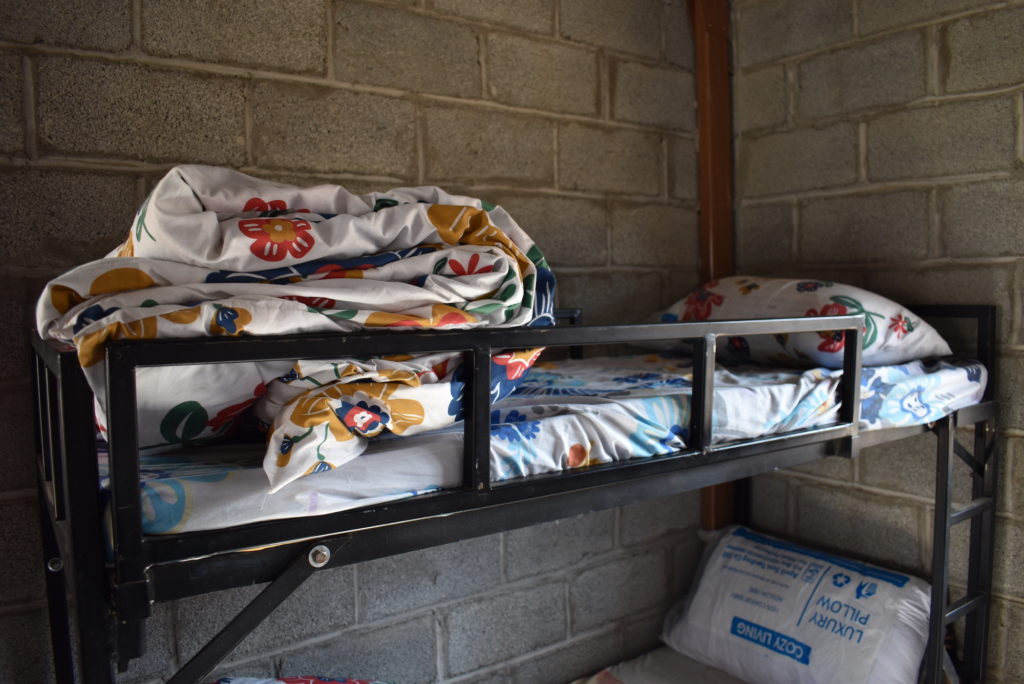 Girls rescued from abuse get comfortable accommodations in one of the dorms funded by Maranatha. [Photo: Marcos Paseggi, Adventist Review]

In the school’s water-deprived, arid surroundings, the success of the lush vegetable garden is no small feat. And the school produce is significantly impacting the students’ diet, which was typically based on white corn and beans.

“We don’t only talk about the importance of eating healthier,” school and church leaders explained. “We are making changes so that students can experience it for themselves.”

And as they like to point out, it all began with a water-well drilling rig and a lot of prayer.