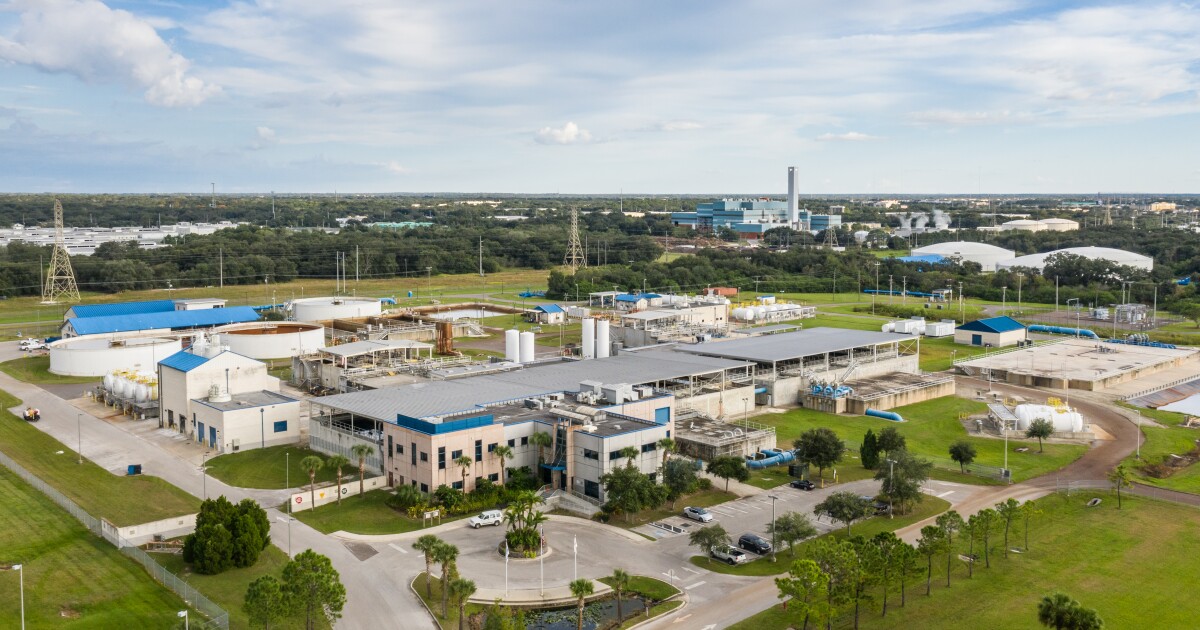 Hurricane Ian knocked out electricity in much of Southwest Florida, which cut power to pumps that deliver freshwater to homes and businesses. The underground system of pipes that deliver the water was also damaged, leading to a loss of pressure and possibly contaminating the drinking water supply.

In response, much of the area was placed under a boil-water notice that lasted for weeks.

So would the utilities that deliver water to residents in the Tampa Bay area be able to continue operating if the region took a direct hit from a similar storm? To find out, WUSF reached out to several water departments in the area along with Tampa Bay Water, which supplies drinking water to government utilities that serve more than 2.5 million people in parts of Hillsborough, Pinellas and Pasco counties.

The agency’s facilities are tested every 10 years, according to Carden.

“We do ‘what if’ scenarios. If we lose any power or loss of water or a pipe, how do we get water to our customers? And then that report will show where we’re weak in certain spots and then we will put in capital improvement projects to try to eliminate that from happening,” he said.

Carden said they have backup generators at their critical facilities.

“And then you want to look at where your pipes are exposed to possibly wind damage and so you would harden them up or go underground with them where you can so you won’t have pipes being blown off because of the wind,” Carden said.

But the agency just collects the water, which means it’s up to each individual government utility to maintain the distribution of water to their customers.

The director of Hillsborough County’s Water Resources Department, Lisa Rhea, said in an email that their facilities are equipped with diesel-powered emergency generators, which are tested monthly, to provide electricity in the event of a power outage.

Rhea said that when a tropical event approaches, they top-off the diesel storage tanks, which can provide four to 14 days of continuous operation depending on location and water demand from customers.

“In extreme disasters, like what Lee County faced with Hurricane Ian, the supply chain is disrupted. This is evident to the public at gas stations and grocery stores but it also impacts the supplies needed to run water plants,” she said. “The delivery of diesel and other important supplies, like chlorine for disinfection, may be delayed because the delivery trucks cannot get to the locations.”

She added that breaks in the pipes are often not within officials’ control, as underground pipes sometimes get wrapped by tree roots. The rain from a storm can soften the soil, and then the wind or storm surge can knock trees down, pulling the root-wrapped pipes along with them.

“Unfortunately, coastal facilities, like those in Lee County, were under water from the storm surge which can damage electrical equipment and contaminate tanks or other systems.”

The Tampa Water Department also maintains several days’ worth of fuel onsite at their water treatment plant to power backup generators in case of a power loss, according to Sonia M. Quiñones, supervisor of Communications and Conservation.

She said that as part of their advance prep for Ian, they also had dozens of employees who remained onsite during the storm to ensure normal water treatment operations continued throughout.

“Our distribution team — which is responsible for maintaining and repairing water mains and other assets in our service area — had teams that mobilized at an Emergency Response Center (ERC). They stayed there to respond to emergencies (until they had to hunker down for the storm) and then went into action afterward to clear out their assigned routes of debris and assess post storm needs,” she said in an email.

Plus, in anticipation of the expected high amount of rainfall, the city’s Water Production team coordinated with the Southwest Florida Water Management District to lower the level of water in the Hillsborough River Reservoir.

“We lowered the reservoir by 2.5 feet over the course of three days immediately before Ian hit the area. This action was taken as a flood control measure. We ultimately released approximately 500 million gallons of water,” she said.

The city of St. Petersburg also has the option for generator power at its two pumping stations at Washington Terrace and Oberly.

“Both pumping stations are located on relatively higher elevations and should not be as impacted as the rest of the city from flooding inundation,” said John Palenchar, director of Water Resources, in an email.

St. Petersburg also has an Emergency Water Distribution Plan, in case a severe storm or other event limits the use of their regular system. The plan is focused on the distribution of water to the community before the arrival of disaster relief aid from the Florida and/or the Federal Emergency Management Agency.

“During storm preparation, the EWD Plan requires reserving 18 million gallons of water in storage tanks at the Oberly and Washington Terrace water pumping stations. Based on providing up to 2.5 gallons of drinking water per person per day, this storage is sufficient to serve the city’s population for several days,” Palenchar said.

Water operations officials in Pasco County and New Port Richey did not respond to emails and/or calls for this story.