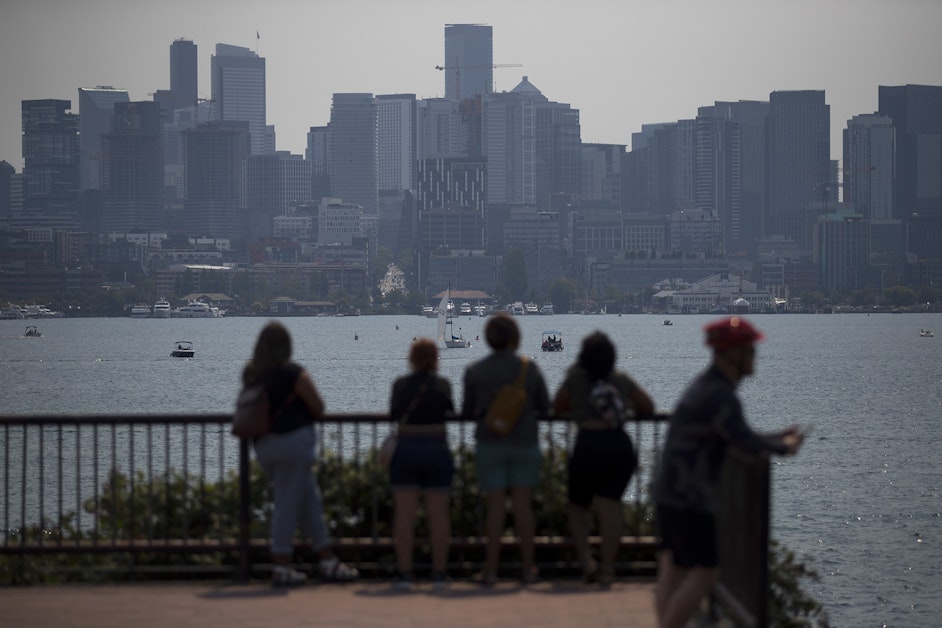 There’s smoke in the air again this week, thanks to winds from the east that are bringing smoke from the Bolt Creek fire into the Puget Sound region. And an inversion is trapping that smoke close to the ground.

Still, the air quality is not hazardous for most people.

“This is not a good day to run a marathon,” said Dan Jaffe, a professor of atmospheric chemistry at the University of Washington in Bothell. But, “if your kids are playing soccer, or you’re going to go out and do some normal exercise, and you don’t have asthma or don’t have preexisting conditions, I would not change my plans.”

Jaffe said he expects waves of smoke from the Bolt Creek fire to waft over the Puget Sound area over the next couple of days. So if you want to exercise or spend time outdoors and have some flexibility, it’s worth checking to see when the air quality in your neighborhood will be best. Jaffe compiled some of the places he looks for air quality on his blog.

He also recommends filtering the indoor air in your home with an air purifier or DIY box fan filter, if you have one on hand.

The air is slightly worse in the South Sound and east of Lake Washington, and much worse closer to the fire.

The Seattle and King County Offices of Emergency Management have not launched an emergency response.

“Generally, our protocols would have us take action when the air quality gets to ‘unhealthy’ (red) levels across the area,” Brendan McCluskey, with the King County OEM, wrote in an email. “If it gets to ‘unhealthy’ in some areas, then some local action could take place as well, but that’s not currently predicted.”

The King County Regional Homelessness Authority is responsible for providing services to people living unsheltered, including to protect them from wildfire smoke.

“We’ve received the red flag warning, and are alerting service providers and outreach workers,” Anne Martens, an agency spokesperson, wrote in an email. “At this time, we are not opening additional shelters, but will remain on standby.”

The National Weather Service expects winds from the west to clean up the air in most of the Puget Sound area Wednesday afternoon and into Thursday.

But the parts of Snohomish County close to Bolt Creek fire can expect bad air quality off and on, for as long as the fire burns. The Snohomish County Department of Emergency Management does not have clean-air shelters to send people to and is instead directing them to take steps to clean up their own indoor air.