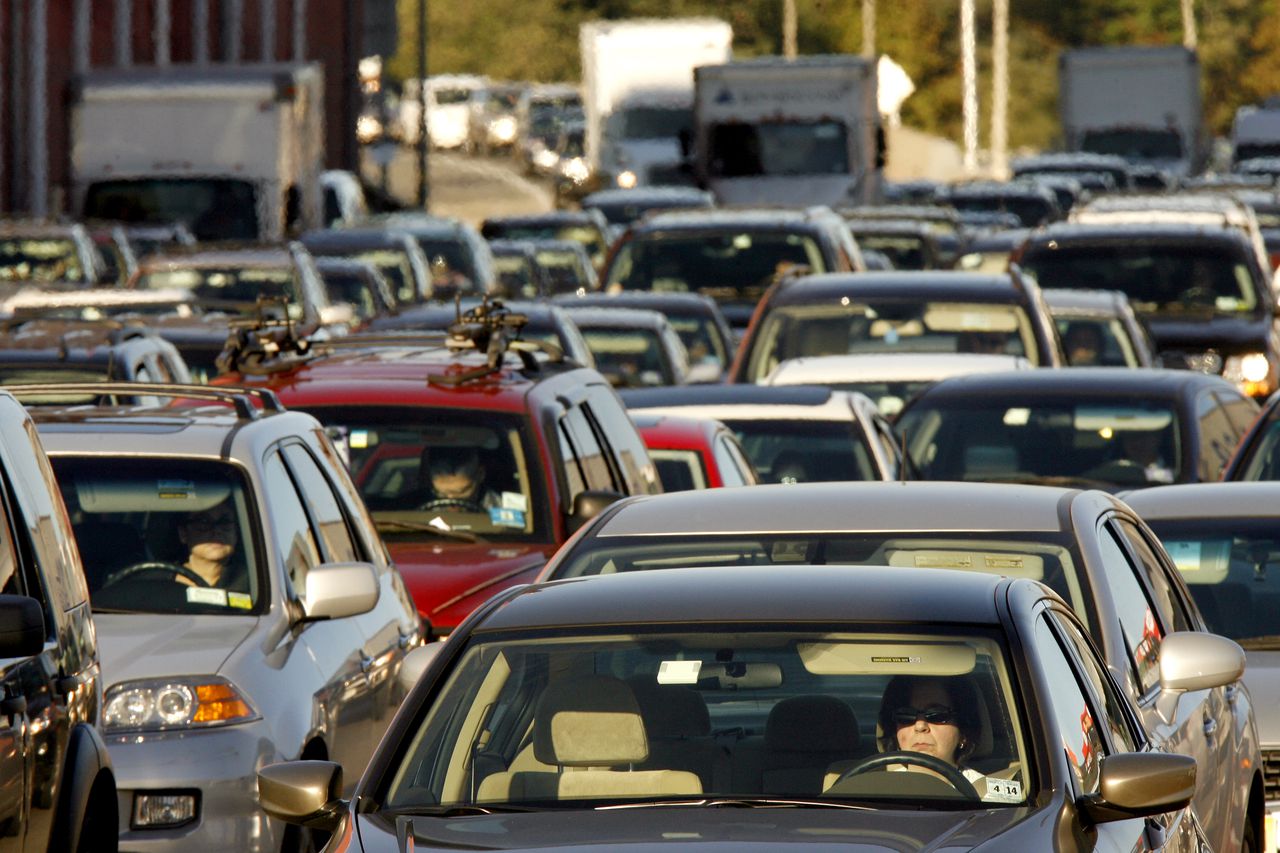 STATEN ISLAND, N.Y. – And you thought congestion pricing was bad.

Turns out that it might only be the tip of the iceberg, at least if you take a look at what’s brewing in the United Kingdom.

London in 2003 became one of the first cities to put a congestion pricing program in place, with motorists and truckers charged a fee in order to drive into certain parts of the city. This in order to cut emissions and help the environment.

But congestion pricing hasn’t done the trick, according to London Mayor Sadiq Khan. Still more needs to be done when it comes to saving the planet from vehicle emissions.

Never mind that the amount of certain pollutants actually increased in London because people leaving their cars home took more buses and taxis, increasing that traffic in the city.

A study commissioned by Khan said that a 27 percent reduction in London traffic was needed in order to meet net-zero emission goals, according to the Daily Mail.

So now Khan is considering a plan that would charge motorists for every mile they drive. This would supposedly encourage people to take mass transit, and would eventually replace the congestion fee.

London City Hall called the proposal, which would basically turn every vehicle into a taxi with the meter perpetually running, a “simple and fair scheme.”

Objections were immediately raised, with lawmakers pushing back at the level of monitoring that would be required of each vehicle. Cars and trucks would have to be tracked literally every second. Maybe they’ll just force us to download an app onto our phones.

Others said the plan would turn London into a city where only the rich would be able to drive, and that the fee would target the very people who keep the capitol moving and vibrant.

A plumbers’ union official talked about how impossible it would be for plumbers and other trade workers to haul their tools around on the Tube or on the back of a bike.

Plans like this also don’t take into account areas where there’s not enough mass transit available for people to be able to leave their cars home. Or the fact that companies will just pass the cost of the congestion fee along to their customers. So the pain actually goes everywhere.

The per-mile fee program could be a long way off as the technology isn’t ready yet.

Not to worry. In the interim, Khan is looking at enlarging the congestion zone to cover all of London and instituting a “clean air charge” for all but the most environmentally friendly vehicles.

In other words, they’ll find ways to just keep charging and charging motorists. And when people stop driving because it’s simply become too expensive, government will just find another fool to make up the lost revenue. Hello, cyclists!

And if more people actually do take mass transit, don’t be surprised to see bus and train fees go up in order to generate more money. Revenue lost in Column A can be made up for in Column B.

Why is all this important? Because officials in America often look to their enlightened European counterparts for inspiration, particularly when it comes to environmental issues.

Except if it has to do with nuclear energy or garbage incineration. But that’s a different story.

And the concept of pay-per-mile has already reared its ugly head here.

Transportation Secretary Pete Buttigieg, back in the days when he used to appear out in public, raised the possibility of charging drivers by the mile. He backed off after an immediate backlash.

But make no mistake: Motorists are under threat, whether it’s Vision Zero or speed cameras, per-mile driving fees or residential street parking permits. Drivers are quickly becoming a dying breed.