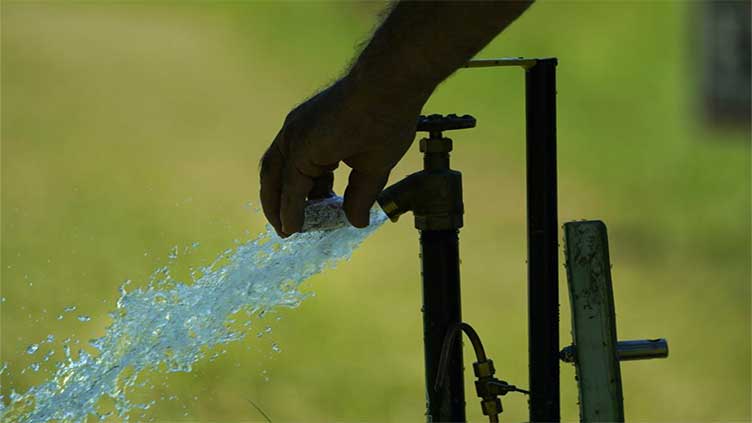 KEYSTONE, W.Va. (AP) — Donna Dickerson’s heart would sink every time she’d wake up, turn on the faucet in her mobile home and hear the pipes gurgling.

“It was sickening, literally a headache and it disrupted everything,” she said. “Out of nowhere, the water would be gone, and we’d have no idea when it’d be back.”

While failures of big city water systems attract the attention, it’s small communities like Keystone, West Virginia, that more often are left unprotected by destitute and unmaintained water providers. Small water providers rack up roughly twice as many health violations as big cities on average, an analysis of thousands of records over the last three years by The Associated Press shows. In that time, small water providers violated the Safe Drinking Water Act’s health standards nearly 9,000 times. They were also frequently the very worst performers.

Federal law allows authorities to force changes on water utilities, but they rarely do, even for the worst offenders.

“We’re talking about things that we’ve known in drinking water for a century, that we have an expectation in this country that everybody should be afforded,” said Chad Seidel, president of a water consulting company.

The worst water providers can have such severe problems that residents are told they can’t drink the water. For 10 solid years Dickerson and 175 neighbors in the tiny, majority Black community of Keystone had to boil all their water. That length of time is nearly unheard of — such warnings usually last only for days. The requirement added gas and electricity costs on top of the water bill. In addition, residents would lose water outright for days or even weeks at a time with no warning.

A coal company had built the original system, but since left, leaving no one in charge.

When Dickerson’s water went out, she would drive the dying county’s winding mountain roads to the food bank, or buy water at Dollar General – one of the area’s only stores. She’d haul containers back home and heat up pots on the stove to fill the tub, so her mother could bathe. She stored water in containers in her mobile home’s two bathrooms to flush toilets. Dishes and laundry would pile up.

There was the cost of gas, the cost of 5 gallon water jugs, the cost of washing clothes at the laundromat. There was also an emotional cost.
“It drains you,” she said. “You have to learn how to survive.”

When President Gerald Ford signed the landmark Safe Drinking Water Act in 1974, he said “nothing is more essential to the life of every single American,” than clean water to drink, also mentioning clean air and pure food. The law protected Americans against 22 contaminants, including arsenic. Nearly half a century later, evolving science has broadened the coverage to more than 90 substances, and strengthened standards along the way.

The miracle is that most water systems keep up – 94% comply with health standards.

But Dickerson lives in one of the places that didn’t, the AP found, that struggles and fails repeatedly.

After years of problems, Keystone finally got hooked up to a new water system last December, McDowell Public Service District, which focuses on upgrading systems in coal communities. The deteriorating water mains were replaced, and a nonproft called DigDeep helped pay to connect homes to the new infrastructure.

When a water utility doesn’t treat water properly or has high levels of a contaminant, states are supposed to enforce the law. They usually give communities time to fix problems, and often they do. But if there is intransigence or delay, the state can escalate and impose fines. In many towns, that doesn’t go well.

“Giving them a penalty is not going to get you anywhere. It’s just going to make the situation worse in most cases,” said Heather Himmelberger, director of the Southwest Environmental Finance Center at the University of New Mexico. The towns can’t afford the work.

Some 3% of all systems the AP analyzed landed on the EPA’s enforcement priority list last year. Even worse are the 450 utilities that stayed on the list for at least five of the last 10 years. Four million Americans rely on these systems.

Regulators rarely step in to force change.
“Mostly what regulators have is moral appeal and they’ll wag their finger,” said Manny Teodoro, a professor at the University of Wisconsin who focuses on public policy and water.
The EPA says the vast majority of systems do provide safe water and for those that struggle, the agency has increased technical assistance, inspections and enforcement. Those efforts have decreased the number of systems consistently committing health violations, according to Carol King, an attorney in the EPA Office of Enforcement and Compliance Assurance.
Teodoro said originally water systems sprouted up when communities did, giving rise to a fragmented drinking water sector dominated by small providers. School districts in America formed the same way, but went through a period of consolidation. That’s happened far less with community water systems.
The top concern of the sector is funding for infrastructure, according to a survey.
Josiah Cox has a special view of which towns end up in the worst trouble. He spent years working on water issues and noticed many small utility owners failed to save money for maintenance or struggled when experienced staff members left.
So he started a business, Central States Water Resources, buying up problem utilities, doing upgrades and billing customers for the costs over time.
Terre Du Lac, Missouri was one. It’s a private, 5,200-acre community of roughly 1,200 homes nestled around 16 lakes. It advertises a relaxed atmosphere an hour south of St. Louis where people come to golf or water ski.
But rust coated the water tower. The community drinking water well was pulling up naturally-occurring radioactive material that can cause cancer.
He has seen a lot: bird feces in drinking water and one place that treated its water with chlorine tablets meant for swimming pools.
“You start what we call the death spiral of these utilities” where they don’t have the resources to pay for what regulators are demanding, Cox said.
Michael Tilley, who was slammed by regulators for how he operated the Terre Du Lac system before Cox took over, spent most of his life in the community and knows many residents. He said he felt a responsibility to serve them well, but repeatedly faced hurdles finding grant money.
“I think if I had any claim to fame it was just keeping the rates low and trying to operate this thing on a shoestring,” he said. “I look back a lot of times and that was my problem.”
Recruitment of professionals to run small water system is also a major issue. The largely white, male workforce is aging, according to surveys.
Earlier in his career, Tim Wilson, a water project manager, spent time running the treatment plant in Wahpeton, Iowa, a community of just over 400 that expands when vacationers rush in during the summertime.
Small, rural communities have a “ridiculously hard” time recruiting certified operators, he said. Then once they trained, they can be lured away by better pay and benefits elsewhere.
The job demands can also be overwhelming. In Wahpeton, Wilson was the lone employee responsible for the treatment plant. He doubled as a snow plow driver and zoning expert at local government meetings. His crowning achievement, he says, was convincing officials to hire another person to help. It took six years.
Nearly 1,000 miles south in Ferriday, Louisiana, staffing is one problem, but the water has failed people in every major way.
You know your water is in trouble when it’s being distributed by the National Guard. That’s where residents of Ferriday took their bottles and buckets for four months back in 1999.
“I haven’t drunk the water since,” said Jameel Green, 42, who has lived in town most of his life. He now makes sure his two girls, ages 16 and 8, don’t drink Ferriday water either, even if it costs $60 a month.
He held up a garden hose caked with a white film from the water.
It wasn’t always like this. In the 1950s and 1960s, Ferriday had a vibrant music scene – Jerry Lee Lewis was a local and acts like B.B. King stopped by. Some 5,200 people called Ferriday home. There are about 40% fewer people now, and Ferriday is a mainly Black community. The Delta Music Museum that celebrates the town’s place in music history is surrounded by mostly empty shops.
In 2016, the water situation was supposed to change. The U.S. Department of Agriculture helped fund a new treatment plant that went into operation.
But when the company that built the plant walked away after completion, the people operating it were left with little training on how to run it. Staff have struggled to find the right mix of chemicals, according to the Rev. James Smith Sr., who was brought in to help with the issue.
“That’s the big problem. Everybody is still doing trial and error,” Smith said.
Ferriday’s water problems represented “a system in total breakdown,” according to Sri Vedachalam, director of water equity and climate resilience at Environmental Consulting & Technology Inc, who reviewed public files.
Water disinfection in Ferriday is leaving behind levels of carcinogens that are too high. For failing to fix its problems, the state issued Ferriday a $455,265 fine in November 2021.
Smith said the water is now significantly improved. It’s tested regularly and plant operators are working on new treatment methods.
But Ferriday never responded to the fine and the Louisiana health department is threatening to ask a judge to impose a timeline for improvements and force payment.
Without a lot more money and more aggressive intervention in the worst places, experts say many Americans will continue to endure an expensive search for drinkable water, or else they’ll drink water that is potentially unsafe.
“In my view, this is a desperate problem,” Teodoro said.