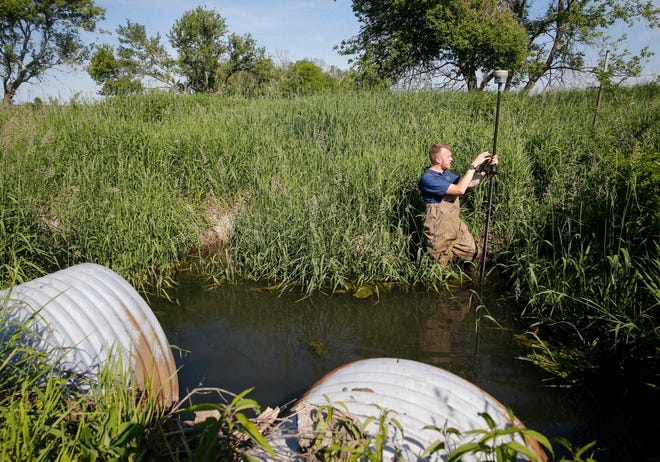 Forced to process water through its costly to operate nitrate removal plant, Des Moines Water Works is asking customers to hold down demand by following a voluntary lawn watering schedule.

The schedule calls for:

The water works activated the nitrate removal plant for the first time in five years on June 7 as levels of the pollutant exceeded 9 milligrams per liter, just below the 10-milligram level the federal government deems hazardous to human health. Water works CEO Ted Corrigan said the plant costs up to $10,000 a day to run.

In the recent heat wave, water consumption has climbed toward 80 million gallons a day, much of it for lawn irrigation, the water works said in a news release Wednesday. Though the water levels in the Raccoon and Des Moines rivers are well above lows reached a year ago — the last time the water works had to ask for watering restraint — the utility said it has had to tap into emergency supplies, including Maffitt Reservoir and Crystal Lake, to blend with the river water and dilute the nitrates to safe levels.

“We want to continue to be able to provide enough safe drinking water for our customers,” Corrigan said in a statement. “While water quantities in the rivers are plentiful, elevated nitrate levels make it a challenge to meet customer demands. We need customers’ assistance so the safe water we produce is available for consumption, not going onto lawns.”

The water works has sought to require regulation of the source of the nitrates — runoff from upstream farms and livestock operations — but lost a legal battle in federal court in 2015.

In 2021, American Rivers, an influential Washington, D.C., environmental advocacy nonprofit, named the Raccoon River to its annual list of the 10 most endangered American rivers. But later that year, the Iowa Supreme Court halted a lawsuit by environmental groups that called for state regulatory oversight of farm runoff in to the river, contending that Iowa’s voluntary program encouraging farmers to adopt conservation measures was insufficient.

The court’s majority in its opinion acknowledged the suit described “a real environmental problem.” But it said that to “hold the state responsible” goes “beyond the accepted role of courts” and “would entangle us in overseeing the political branches of government.”