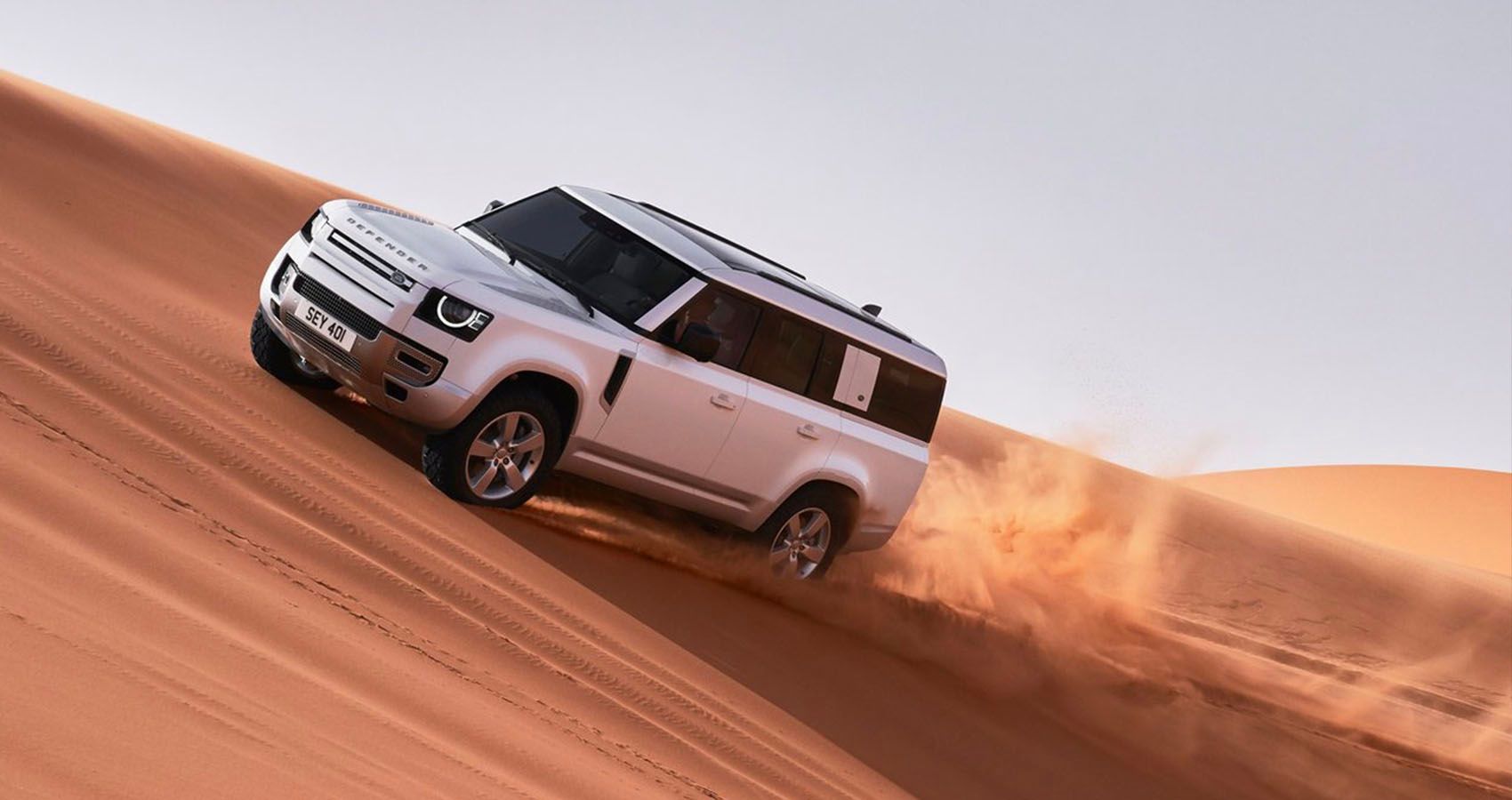 Sport utility vehicles (SUVs) were once specialist items for people who needed to drive off the beaten path—for pleasure or work. Sports Utility Vehicles (SUVs) were originally uncommon on American roadways. But with their unique combination of elegance and usefulness, it’s clear to see why they’ve grown in popularity. If you don’t believe an SUV is right for you, yo might want to reevaluate. The 2023 Land Rover Defender 130 is ready to make you fall in love with new SUVs for all the right reasons.

The British 4×4 gurus introduced the 2023 Defender 130. The newest member of the family is certainly the largest, with provision for the third row of seats. People desire the Defender for many reasons, including its design, personality, and off-roading abilities. The Defender 130’s longer body allows for a more spacious interior but still traverse a variety of rough terrain. The latest Land Rover comes with a slew of amenities that enhance its look, and it seats eight people.

RELATED: Why We Think The 2023 Land Rover Range Rover Is Vastly Superior Than Its Competitors

Why We Love: Bigger, Better and Stronger Defender 130

The third row seats in the Defender 110 were best described as pointless. The Defender 130 has a 2+3+3 seating configuration that can accommodate eight adults. The 110 and the 130 offer the same 120-inch long wheelbase, but the rear overhang on the 130 is more to accommodate the additional passengers. The new Defender 130 features an additional 13.3 inches of the body in the back, bringing the entire length to 210.9 inches. Overall, it’s 13.3 inches longer at 210.9 inches. This gives it a length of up to 14.8 inches over a Toyota Land Cruiser J300 and 6 inches over a Jeep Grand Cherokee L.

The longer body allows for a more roomy eight-seat cabin, which is claimed to fit three adults in the third row. The third row of the 130 has a lot more legroom and shoulder room now. Also, the second-row slides and folds for simple access. Air vents, padded armrests, storage, USB-C ports, and optional heated seats, as well as a sunroof, are all available to third-row passengers. The second and third rows have slightly higher stadium seats for enhanced viewing. Just like we saw on previous Land Rover models. There is, however, extra storage capacity. More specifically, the rear end expands by 13.38 inches, bringing the back-load space to 80.9 cubic feet, up from 78.8 cubic feet on the 110.

RELATED: 15 Biggest Pickup Trucks Ever Made

Why We Love: Made For The Worst Type of Terrain

Another thing we love about this SUV is its off-road capability. Which is exactly what the Land Rover designed the Defender for. Certainly, the extra dimensions will have an impact on its off-roading ability, particularly the departure angle. They have reduced the maximum departure angle from 40 degrees to 28.5 degrees. However, the Land Rover has a minor trick up its sleeve. They enable the air suspension to rise a bit higher than the conventional car, allowing it to handle tough terrain with just as ease.

Land Rover’s Terrain Response technology controls the Defenders off-road capability. This allows the driver to fine-tune the driving experience to any terrain via the Pivi Pro touchscreen. Land Rover’s aluminum-intensive monocoque D7x architecture is the foundation for the Defenders off-road capability. Allowing a towing capacity of up to 3,000 kg. The Terrain Response technology also allows for up to 16.9 inches of axle movement and a 35.4-inch water-fording depth rating. Making it one of the most competent SUVs on the planet.

Why We Love: The New Exclusive Sedona Red Color And The Defender 130 Technology

The exterior paint finish displayed, Sedona Red above, is a brand-new exclusive color for the 130, making it stand out from the competition. Optional Extended Bright Pack with Ebony Full Windsor Leather seats and Smoked Oak Veneer comes standard. Silver-painted lower finishes and brilliant silver 20-inch wheels complete the outside look.

The curved 10.3-inch touchscreen that appeared on Defender V8 models comes equipped on the Defender 130. However, the high-end X trim level gets an even bigger 11.4-inch screen that runs the newest version of the automaker’s Pivi Pro interface. They include Apple CarPlay and Android Auto as default, as well as what3words navigation. This navigation can map instructions to any 3 m square in the world, and does not require a mobile service. Making it easier to discover a new destination in even the most distant regions.

The Defender 130 also comes with an air purification system as an option. The technology monitors air quality both inside and outside the vehicle. This minimizes pollutants, smells, and viruses. A purge function allows vehicle owners to start the clean-up remotely from their smartphone before entering the car.

The Defender 130 has been in the works for a while. It joins and expands Land Rover’s Defender range with a new option which offer more practicality. Something the two other 90 and 110 models lacked. However, being a true Defender, it seems to have not compromised on its off-road capabilities and that is the real reason why we love the new Land Rover Defender 130.

The 2023 Range Rover Sport Puts The Porsche Cayenne On Notice

Monish Mandavra grew up surrounded by Indian car culture and likes anything on wheels, but especially loves Japanese cars and classic vehicles. When he is not writing or working, he is either playing video games or headed towards the gym.