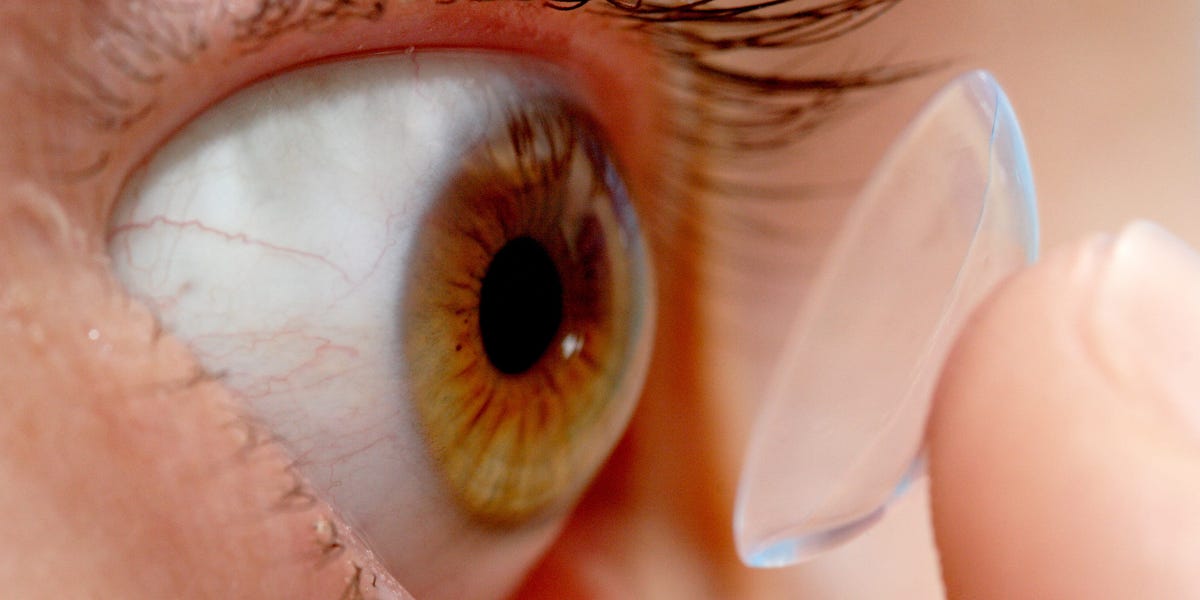 Thanks for signing up!

Access your favorite topics in a personalized feed while you’re on the go.

A woman had her left eye removed after she caught a difficult-to-treat parasitic infection from showering while wearing her contact lens.

Acanthamoeba keratitis is a rare but serious infection caused by a microscopic organism that infects the outer covering of the eye, called the cornea. It’s most common in contact lens wearers, but anyone can get it, according to the CDC.

Marie Mason, 54, from the UK, wore 30-day contact lenses and believes the organism entered her eye when she showered without removing them.

“It would have got under the lens then multiplied, so my eye was riddled with it, ” she told BBC News.

Showering while wearing contact lenses or cleaning lenses with tap water puts people at higher risk of catching Acanthamoeba keratitis, according to the CDC. It can cause severe pain and blindness if untreated, it states.

John Dart, honorary professor at the UCL Institute of Ophthalmology in the UK, told BBC News that about 150 to 200 people in the UK catch the infection each year. “Very few” lose their eye, but “about half” will lose a substantial amount of vision, he said.

Mason first noticed something was wrong in 2015.

“I started feeling like I had a foreign body in my eye like a bit of sand or grit which, when you rub, it will normally go away, but it wouldn’t,” she said, per BBC News.

Symptoms of Acanthamoeba keratitis can include: eye pain, blurred vision, sensitivity to light, and the sensation of something in the eye. The CDC recommends that people speak with a doctor if they get any of those symptoms.

An optician advised Mason to go to hospital, and doctors diagnosed her with Acanthamoeba keratitis and treated it with various medications, eye drops, and three cornea transplants — but they were all unsuccessful.

“There was just lots of hospital visits, lots of eye drops, lots of operations and procedures and lots of pain,” Mason told SWNS, a UK-based news agency.

After five years, the decision was made to remove her left eye, and she has worn a false replacement since the operation two years ago.

“I do struggle sometimes because my vision on my left side is rubbish, well it’s not there. It’s quite hard walking down the street when you’ve got people whizzing by you, and it makes you jump a bit because you don’t expect it,” she said.