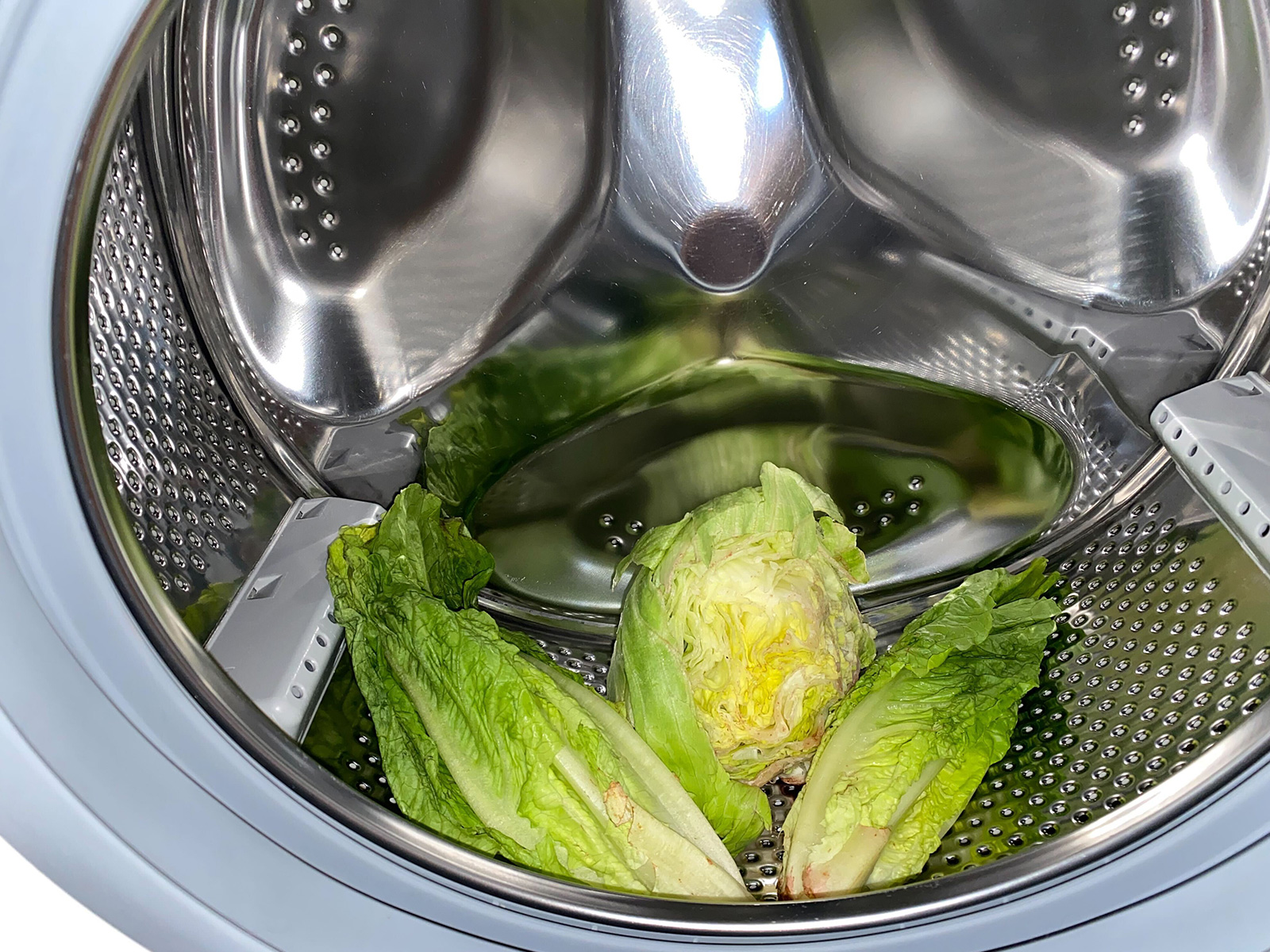 A woman’s unconventional method of cleaning her vegetables has shocked the internet after she confessed to using her washing machine for the job.

Ashley Echols grows produce in her own yard and explained in a popular video that she became tired of handwashing large amounts in one go. So she came up with a unique solution: using her own clothing washing machine.

In a now-viral post on TikTok, Echols showed herself placing her home-grown kale into the drum of the washing machine before putting it on a “delicates” spin. The next shot showed the vegetables still intact, but freshly washed.

“I was really getting annoyed with having to wash it. I harvested it all at once so I just thought ‘well i’ll put it in the washing machine,'” she explained. “It’s just an idea I had.”

According to Echols, she did a wash cycle first with just vinegar before adding kale and carrots and washing with more vinegar. Prior to this, she washed towels in the machine with bleach.

Using greens in washing machines isn’t completely new. Farmers in the U.S. actually use washing machines to dry off their leafy greens after washing them. The spin cycle moves the water off the vegetables to dry them and keep them fresh longer. In these cases however, such machines are used solely for this purpose and do not see clothing.

Researchers at the University of Massachusetts announced in 2020 that they would be studying the most efficient way farmers can use the machines to dry their greens, looking at “how contamination may occur, what kinds of microbes are present and how best to safely maintain, clean and sanitize the machine.” The results have not yet been released.

An unconventional method of cleaning vegetables in a washing machine has gone viral online.
Newsweek/Kate Fowler

Ehols’ surprising use of her own personal washing machine has shocked social media, with viewers vowing to never eat food from someone else’s home again.

“You can’t eat at everybody’s house,” wrote one user.

“Plus the laundry detergent as dressing,” joked another.

One user simply concluded: “Immediately no.”