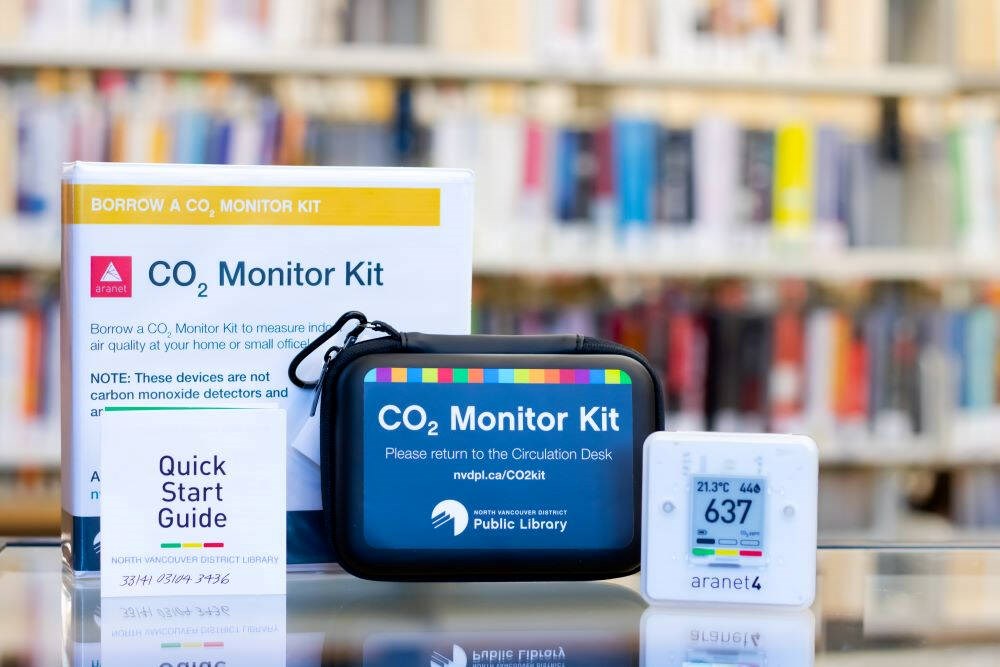 There are 7 kits available, which can be used to measure air quality home, the workplace and other indoor spaces

Just how healthy is the air you’re breathing in your home?

According to the library, the new monitor kits include Aranet4 CO2 monitors that can provide a general indication of the indoor air quality and how well ventilated an area is.

“Carbon dioxide is a gas pollutant found in indoor and outdoor air that can come from cigarette smoking, unvented or poorly vented fuel-burning appliances, by breathing and more,” reads a statement. “The presence of increased levels of carbon dioxide may have impacts on our general wellbeing, including fatigue and headaches, decreased productivity, and increased risk of airborne infections.”

The library said the monitors can provide people in the community the ability to assess carbon dioxide levels in homes, workplaces or other spaces they regularly use. Those readings could help inform decisions on whether improvements are required, like opening windows, swapping appliances if they have the means to do so, or reducing the number of occupants in a space.

Believed to be the first library in British Columbia to offer carbon dioxide monitor kits, the NVDPL said it was motivated by Peterborough Public Library in Ontario, which started lending kits in April, which inspired similar programs at Toronto Public Library and other Canadian libraries.

The Aranet4 monitors are also available to cardholders at West Vancouver Memorial Library, along with light-therapy lamps to boost well-being during the darker months.

Krista Scanlon, collection services manager at NVDPL, anticipates a high demand for these kits, as they’ve seen high interest in other special collections, like their radon detector kits.

“We know people in our community are looking for more ways to be more informed about the indoor spaces they are visiting, especially as we head indoors during these colder months,” she said.

Director of library services Jacqueline van Dyk expressed gratitude for financial support from the province through the Ministry of Municipal affairs, as well as ES Canada, which donated one of the devices.

“Our libraries pride themselves on providing equitable access to resources and technologies that our community may not otherwise be able to afford or access, which is particularly essential these days,” she said.

There are seven carbon dioxide monitor kits available through NVDPL that can be borrowed for up to one week – renewals are permitted if no one is waiting. For more information about carbon dioxide, or to place a hold on a device visit the library’s website.